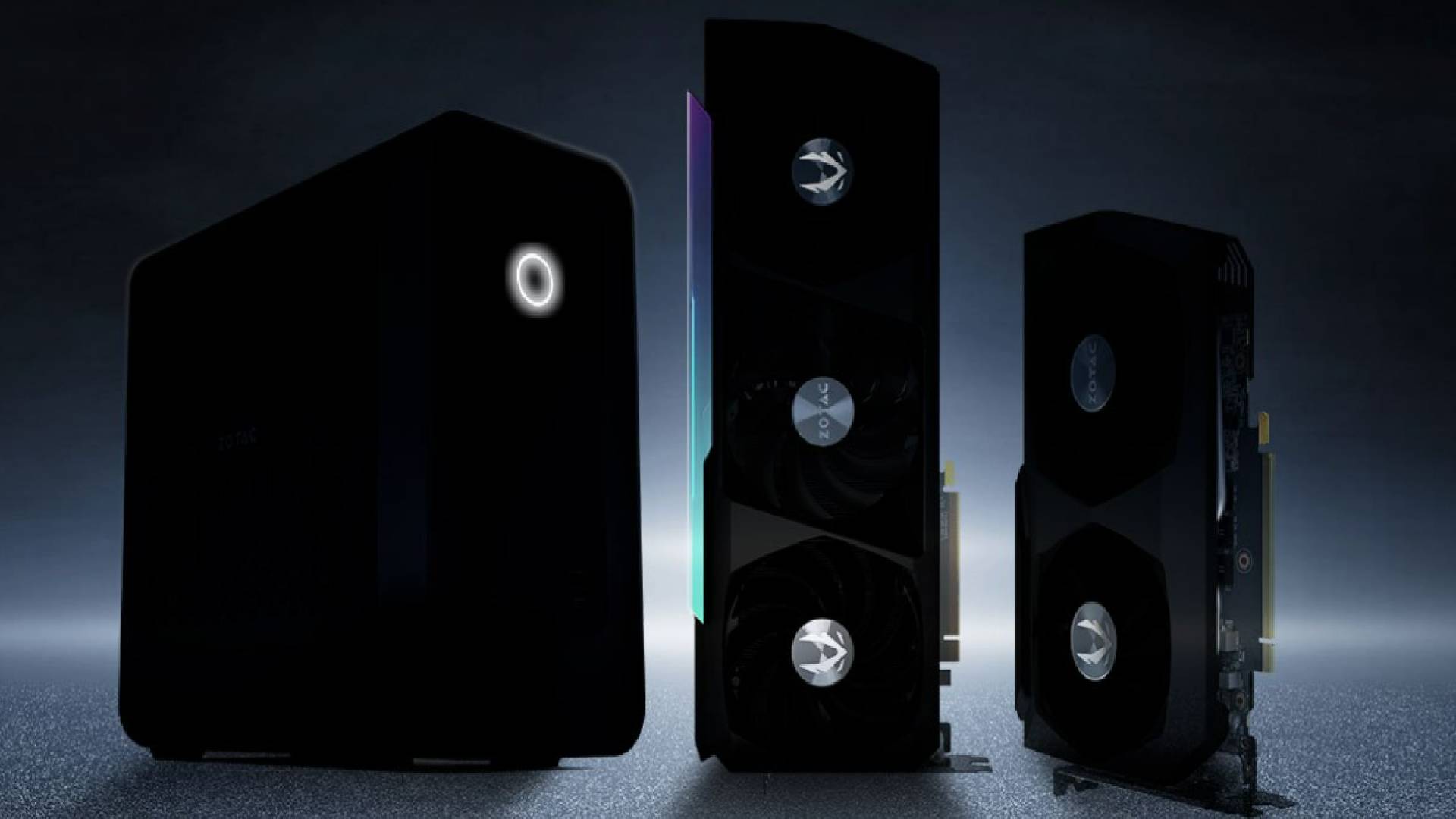 More often than not, the best gaming PCs and their internal components are designed to put on a show. From RAM with RGB-clad heatsinks to colourful case fans and peripherals,  desk setups usually feature quite a lot of flare. Yet, it seems like Zotac gaming has been listening to the Rolling Stones recently, as the company has taken its latest product range and painted it blacker than black.

Dubbed Dark Matter, Zotac’s new lineup features an Nvidia GeForce RTX 3080 Ti, RTX 3070, and a ZBOX Magnus One case that are collectively coated in the world’s “blackest paint”. According to the product’s official page, the range’s ultra-black matte has a light absorption rate of 99.4%. In other words, these expensive parts all but vanish with the lights out, with accent lights being the only way to ensure they still exist on this plane.

While gaming on something that looks like it came from the abyss sounds appealing, this gothic range could pair nicely with conventional RGB components. Arming the ZBOX Magnus case with a Dark Matter graphics card and flashy components might seem counter-intuitive, but it could make your other parts pop – like watching an expensive motherboard float through the void of space.