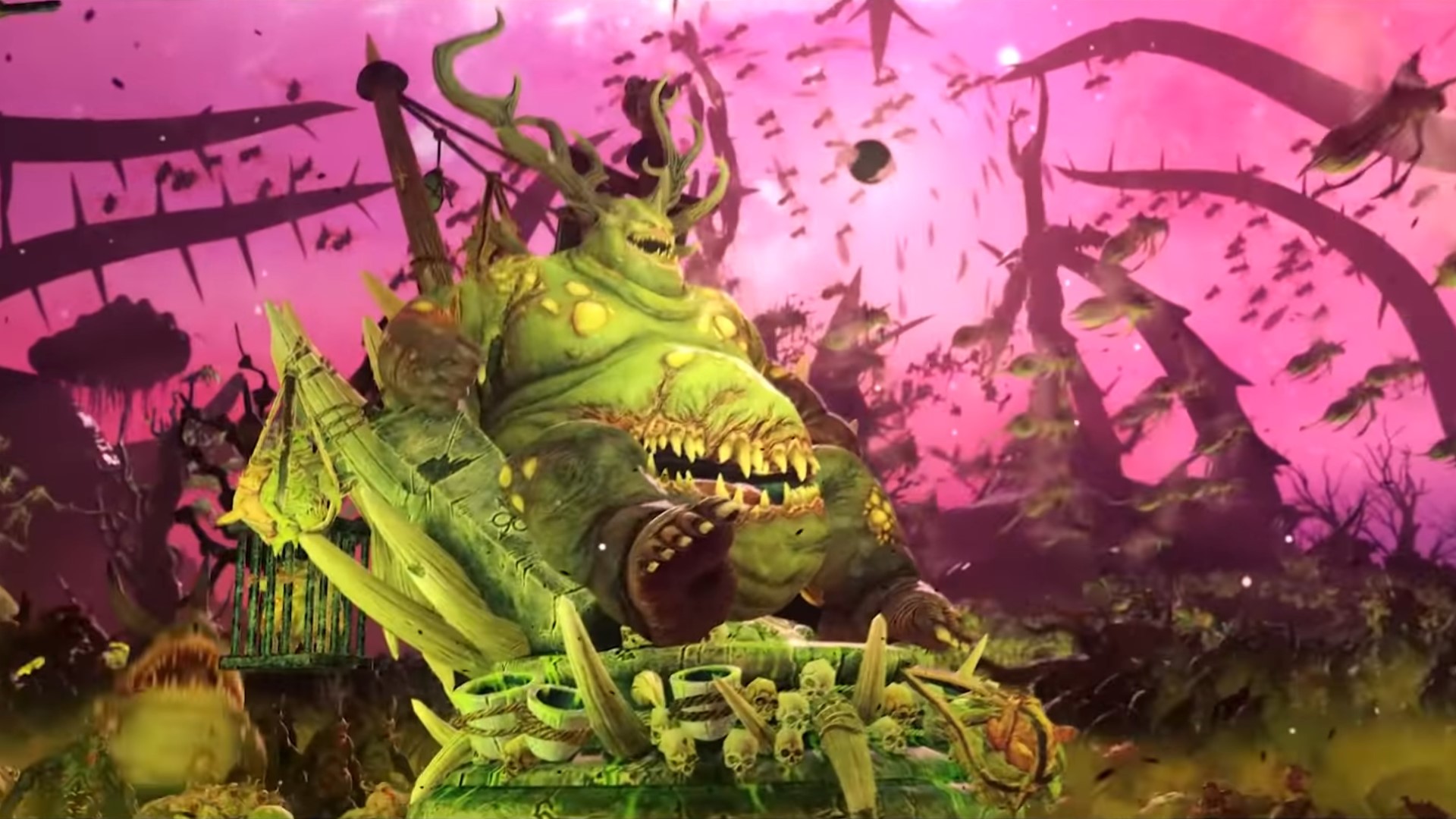 Nurgle has always been Warhammer’s clearest nod to the gross-out phase that peaked in the 1980s, when the conventional wisdom seemed to be that any show or line of toys could be improved by adding slime. Total War: Warhammer III’s rendition of Nurgle’s forces is true to the source material, and will add plenty of slime, stink, and suppurating sores to the strategy game.

The overarching theme for Nurgle is life giving way to rot, which in turn produces new, frequently disgusting, life. That’s an idea present in the Nurgle campaign mechanics, and it’ll be present on the battlefield as well. Nurgle’s units aren’t as cruel or obviously malevolent as their daemonic cousins in the employ of Tzeentch or Khorne, they just understand the phrase “eat, pray, love” a little differently than most of us do.

The basic building block of a Nurgle army is the nurgling, a small daemon born in some kind of cyst that forms in the organs of a Great Unclean One. Nurglings serve a variety of roles in Nurgle’s armies, from bearing up legendary lord Ku’gath Plaguefather’s palanquin to acting as ersatz gas grenades. They can also be fielded as infantry units with vanguard deployments, although they’re weak on their own and should ideally be paired with Nurgle’s flying chaos furies.