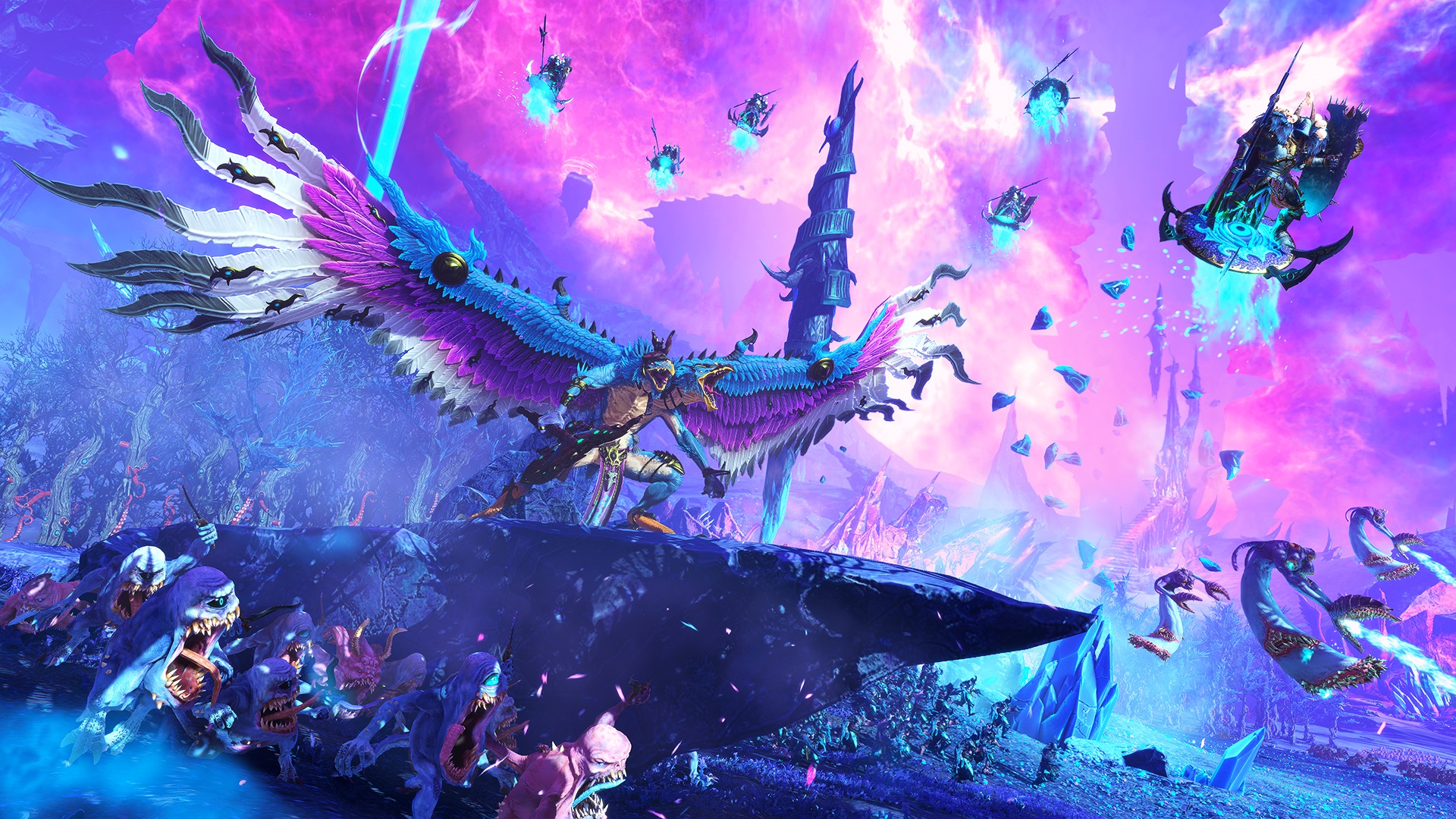 With just over two months to go until the release of Total War: Warhammer 3, developer Creative Assembly is shovelling coal into the  hype train at an unprecedented rate. The studio has not only revealed all the launch races, but gone into greater depth about their mechanics than we’ve ever seen at this stage. It’s a bottom-up approach to hype – red meat for the core fans who can tell from these fiddly details just how radical and ambitious the game will be in its design.

But for many fans – and certainly for me – the macro stuff is a big part of the anticipation too. Previous Warhammer entries have done more than any other Total War game to try to tell a story in the series’ traditional sandbox setting. When CA is emphasising at every turn just how big Warhammer III will be, what does that look like?

CA has stated that it won’t recreate the End Times, the in-universe apocalypse with which publisher Games Workshop pulled the plug on the Warhammer Fantasy tabletop game back in 2015. But with such a sense of escalation behind it as the crescendo in a trilogy, one which also stars the Chaos Gods who were behind the End Times, it’s an understandable guess for some fans to have made. Exactly how wide of the mark were they?