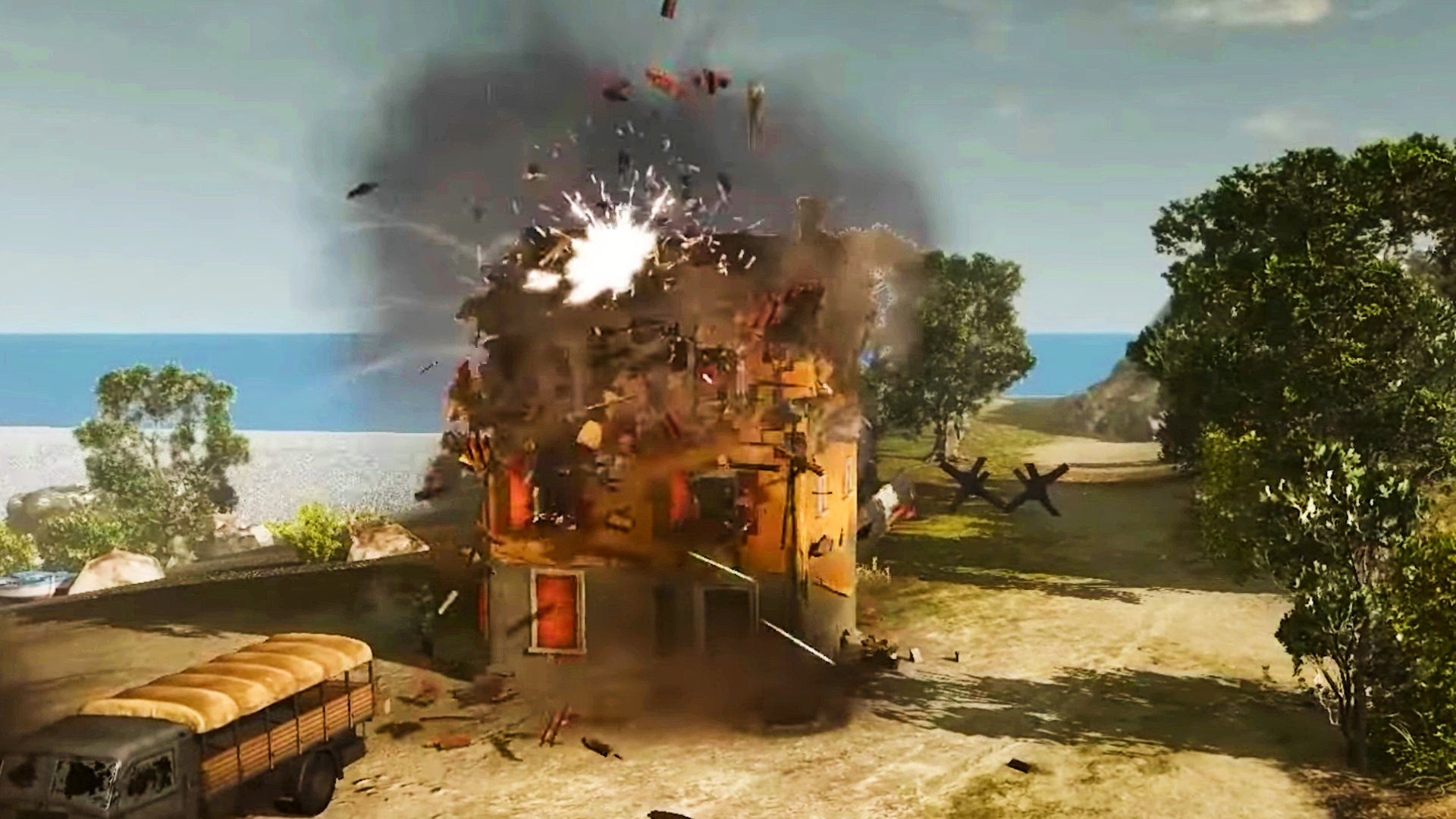 WWII RTS games Company of Heroes and Company of Heroes 2 were great at showing off destruction on the battlefields, whether they were on the Russian steppe or the quaint towns of Normandy. Company of Heroes 3, however, has the benefit of modern graphics hardware to power devastation that’s more realistic, down to loosened bricks tumbling onto soldiers below after an artillery barrage.

A new devblog posted in the Company of Heroes 3 forums shows off how this is going to look in-game, and even provides some comparison video between the older Company of Heroes games and the upcoming version. As Patrick, a lead environment artist on Company of Heroes explains, the older games had to use some, er, smoke and mirrors to convey the effects of buildings collapsing or having holes punched through the walls by tank rounds. Camera-based effects were used to show debris, which wasn’t truly part of each scene.

It’s a whole new ball of wax for Company of Heroes 3, however, and Patrick includes no less than four examples of what it looks like on video. Now, there’s real physics involved. “In CoH 3 we fracture the entire building, which results in real geometry pieces of debris – as opposed to FX debris used in the past,” Patrick explains.