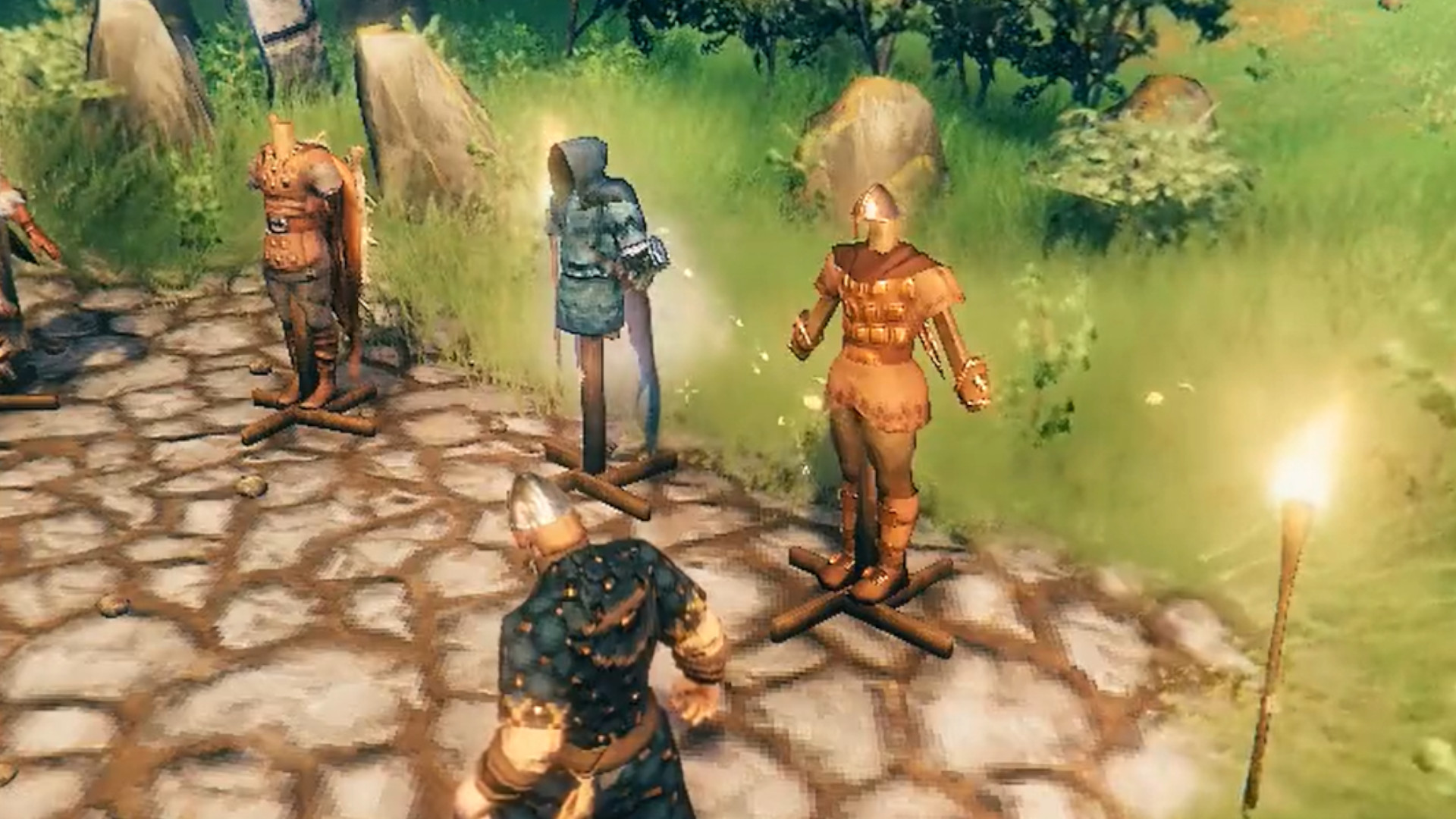 “Been working on a little something for you,” Iron Gate’s Jonathan Smårs says on Twitter, “just make sure you’re on Santa’s nice list this year! Not final but hope you like it so far!” You can see the attached video below, but it shows a Valheim character equipping a range of armour stands with various gear sets.

There appear to be separate slots for head, chest, leg, cape, and held item gear, so you can show off your best swords and shields as part of a full gear set. Hopefully Smårs’ remark about Santa’s list means we can expect this update to land in time for Christmas.