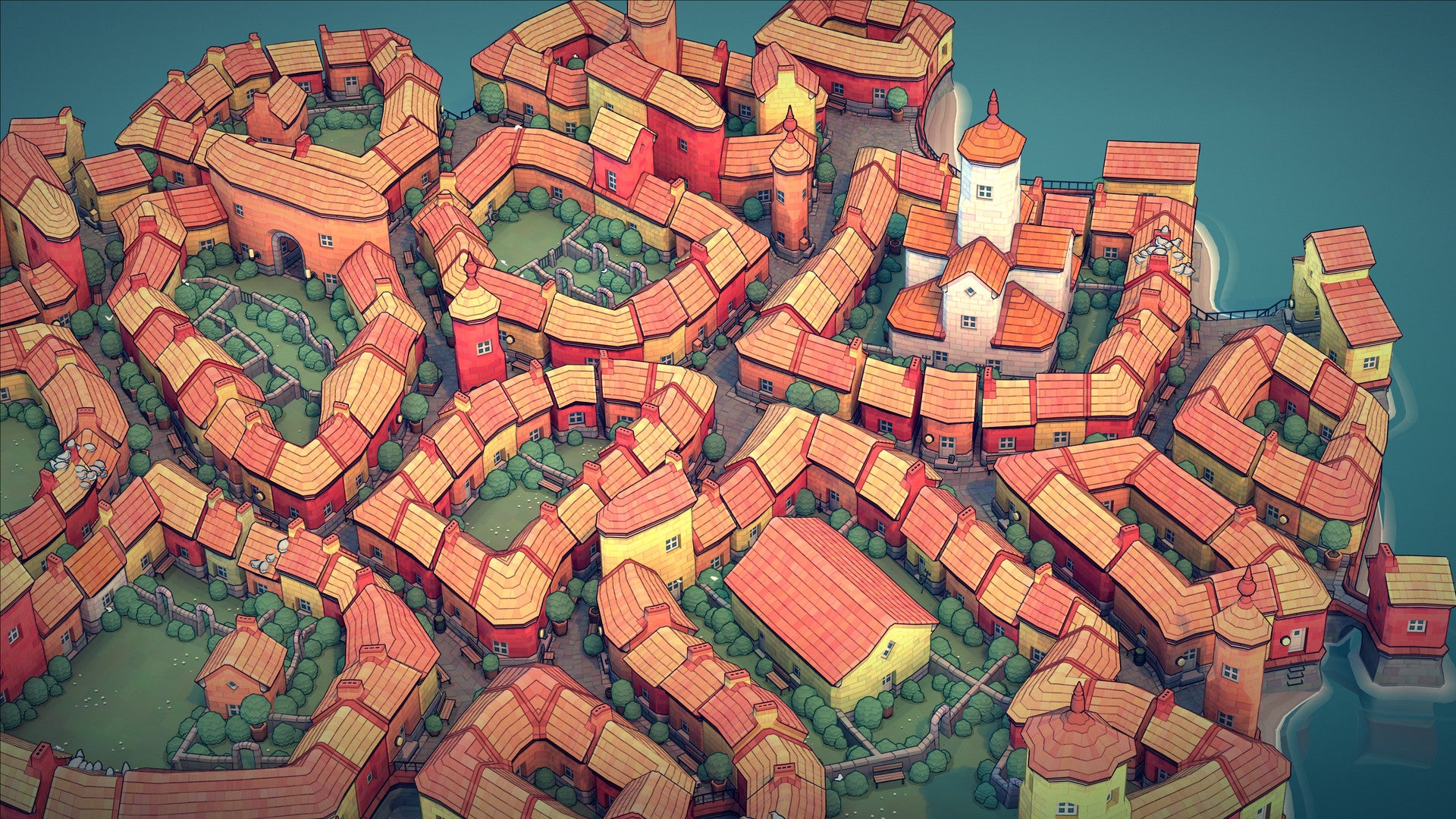 Townscaper, a chill and very aesthetically-pleasing city-builder from Oskar Stalberg (whom you may know as the developer behind Bad North) is now available to play on Xbox Game Pass.

Townscaper has long been something of a social media darling; if you mooch about games Twitter like me, you’ll have seen it crop up often as other indie devs share little snippets of the towns and villages they’ve made. Buildings appear with a very satisfying ‘pop’ and the whole thing is more like a toybox experience than a traditional game. I urge you to give it a go if you’ve got the time, it’s honestly a delight.

“Build quaint island towns with curvy streets, small hamlets, soaring cathedrals, canal networks, or sky cities on stilts. Build the town your dreams, block by block,” reads a little blurb for the game. “No goal. No real gameplay. Just plenty of building and plenty of beauty. That’s it.”