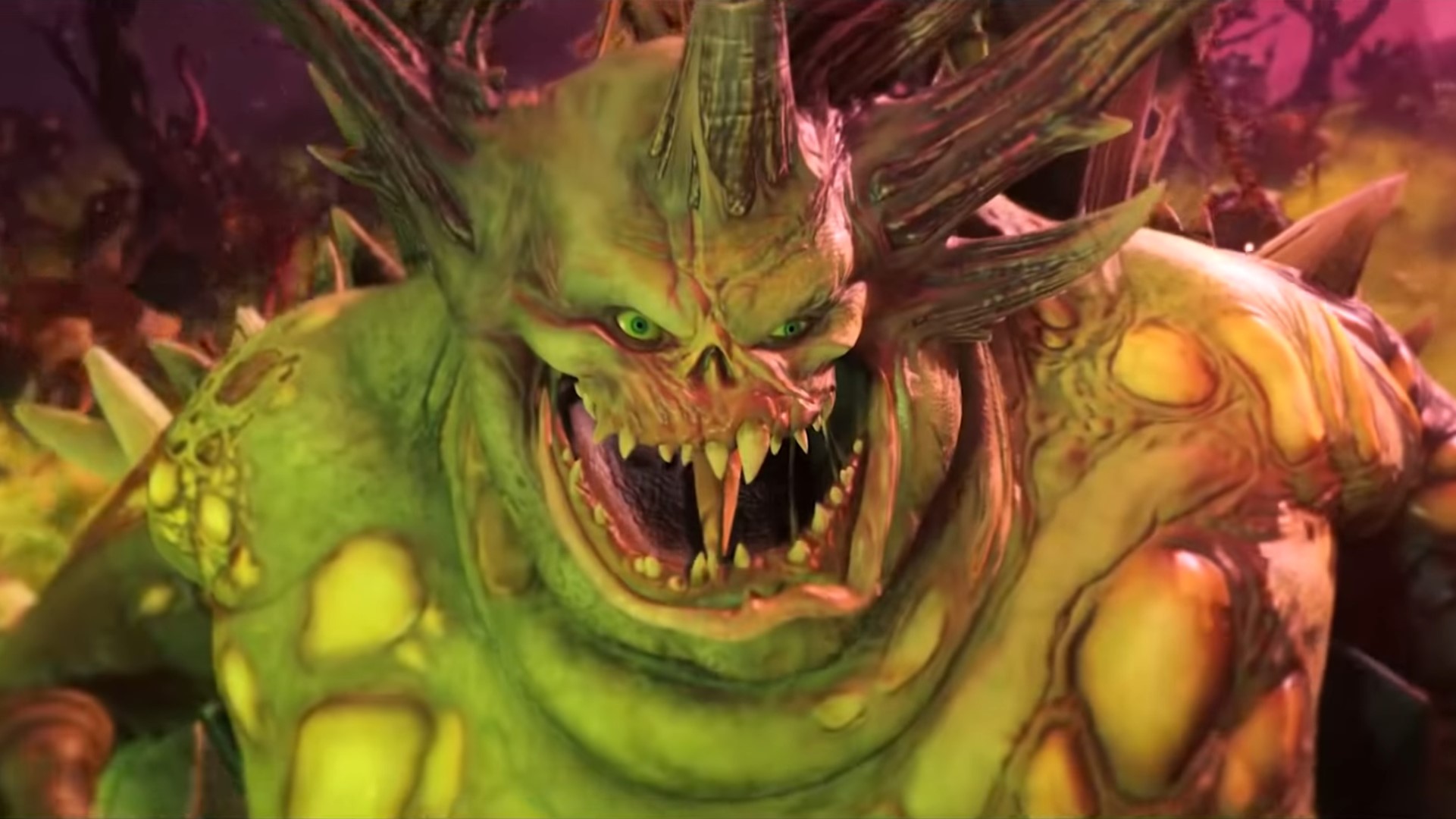 There’s been quite a lot going on with strategy games in the past few weeks, and so we’ve only just had the chance to sit down and read the latest Total War blog entry detailing Nurgle campaign mechanics in Total War: Warhammer III. Each of the daemonic factions in Total Warhammer III has introduced all new ideas to the game, but Nurgle might be playing a new game altogether.

As befits his lore, the Plague God doesn’t spread through normal means – Nurgle’s influence is literally infectious. Buildings, for instance, work differently for Nurgle-aligned factions. These are growths rather than brick-and-mortar structures, and they all have a cycle of life, death, and rebirth. During each phase, structures will confer different bonuses or produce units, and you can learn to control this cycle by researching various technologies and upgrades.

Nurgle units are summoned immediately, although they won’t start out at full strength – this system will be familiar if you’ve played Total War: Three Kingdoms or Thrones of Britannia: A Total War Saga. Their ranks will fill up over the course of the next several turns, although you can speed that up by researching the right techs.