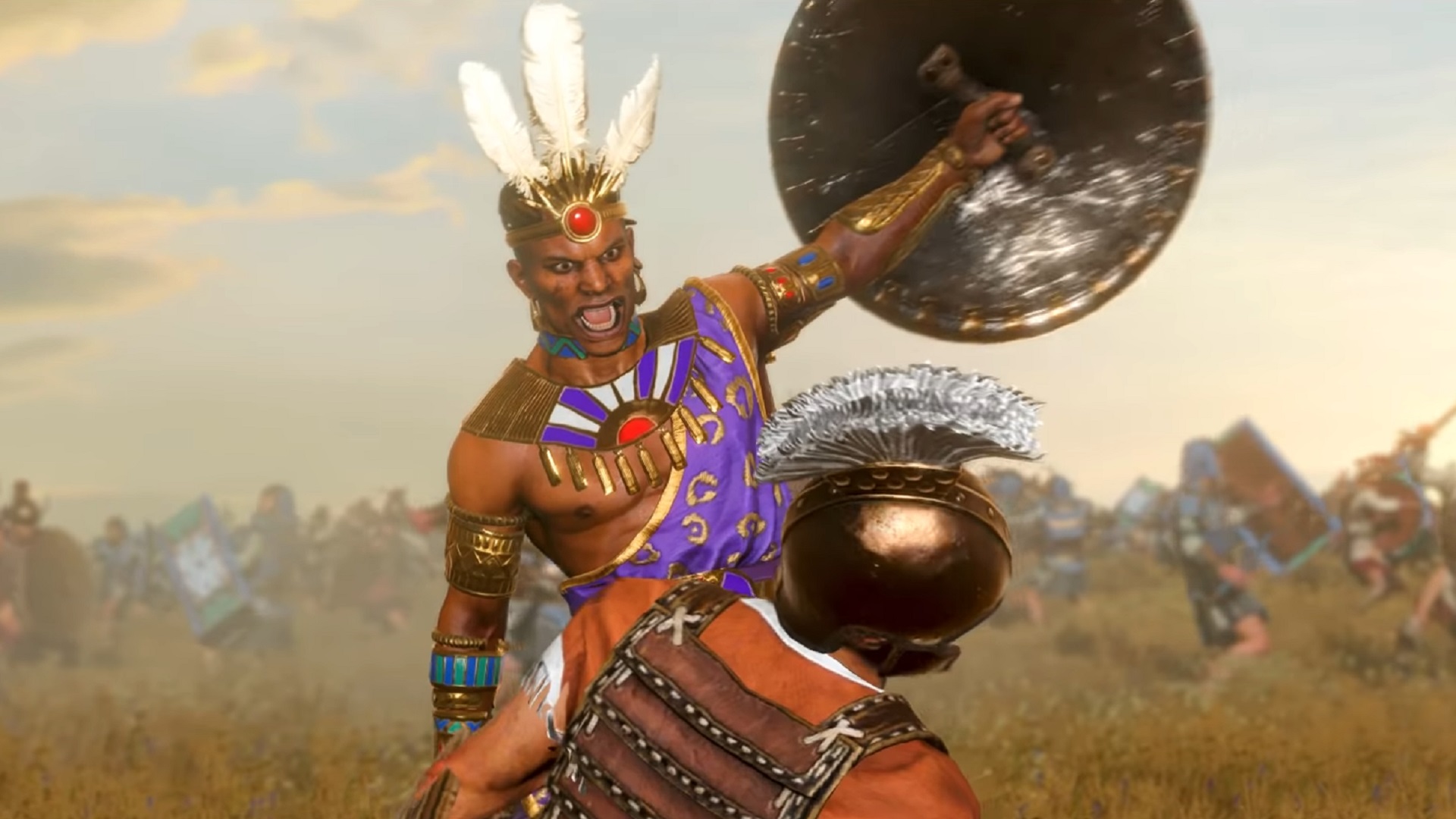 What, you didn’t think it was all about Warhammer III did you? Total War Saga: Troy is still alive and kicking after the big Mythos expansion in September, and now a new DLC pack is coming that will throw two new heroes into the fray.

A Total War Saga: Troy – Rhesus & Memnon introduces King Rhesus of Thrace, and the warrior-king Memnon of Aethiopia, as playable factions. Rhesus unlocks the Thracian culture and regions of the map, uniting the tribes and putting pressure on the Greeks from the north. Memnon is a horde faction who starts on the island of Rhodes, and must lead his military expedition to Troy’s defence while also keeping favour with his masters back in Egypt.

The pack comes with two new army rosters, which together add 49 new units. Rhesus’ faction mechanics involve rituals to Thrace’s old gods, as well as being able to summon new armies provided he can unite the Thracian tribes under a single banner. Memnon meanwhile is banned from inhabiting settlements, and must help further the influence of the Pharaoh in Egypt so that he can continue to recruit new units. Memnon also uses war spoils and prestige to unlock special actions and bolster his forces.