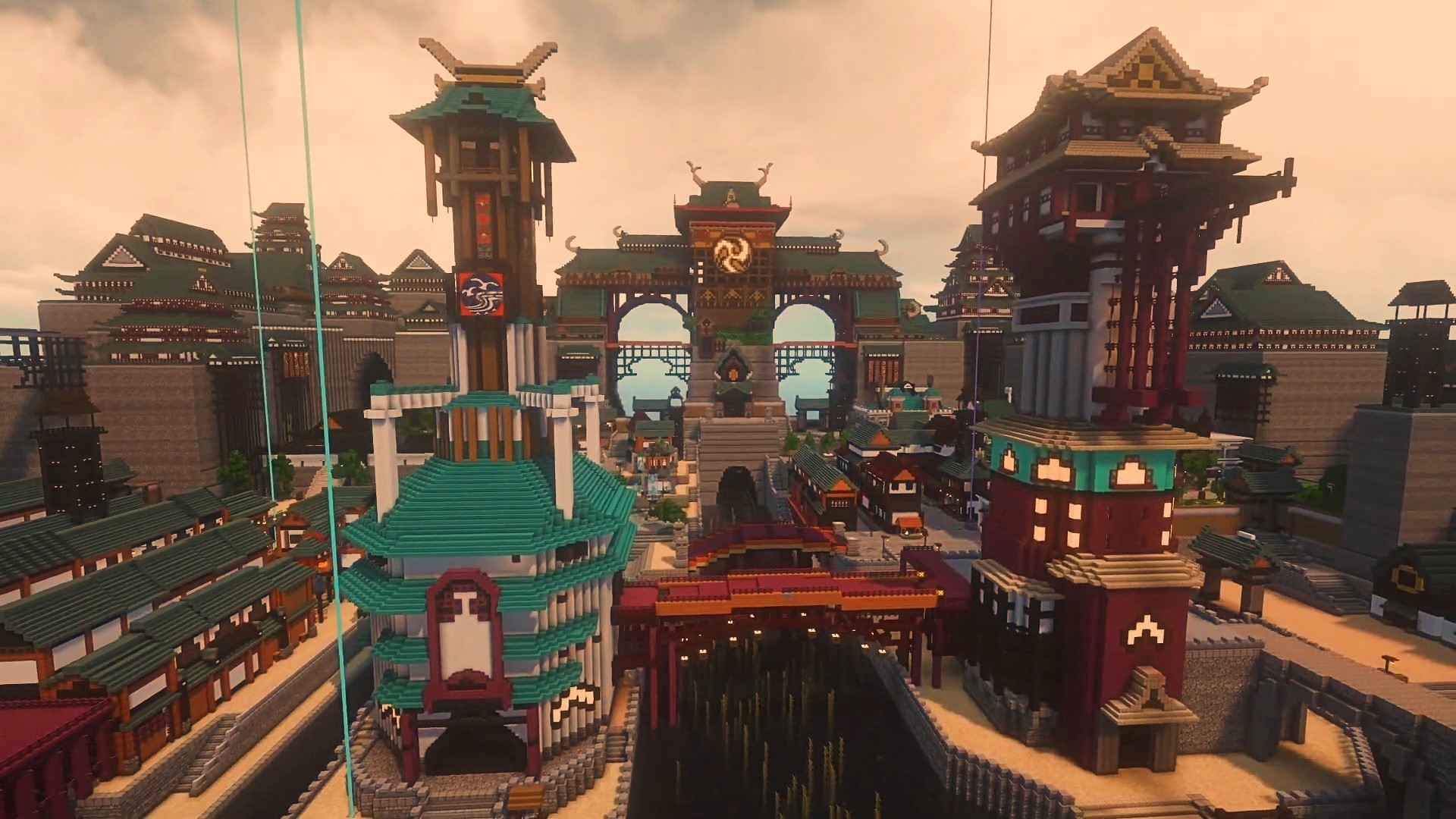 A Minecraft player has put a blocky spin on Final Fantasy XIV’s Kugane city, and it looks pretty darn impressive. I spotted ZombieSpaceApe’s build on Reddit while waiting in one of FFXIV Endwalker’s hefty queues, so I reached out to ask them a few questions – I mean, I certainly won’t be playing Endwalker anytime soon.

ZombieSpaceApe tells me that they were inspired by the presence of Kugane’s domineering tower and the challenge of recreating a build big enough to capture the sense of the eastern-influenced city adequately. “There is a certain permanence to Minecraft,” they say. “Once you build something, it’s on your world forever. As with all great art, like Kugane, it’s inspiring, and I selfishly wanted to have it forever. Not that it doesn’t exist in FFXIV, but there is certain ownership in knowing that you placed every block.”

ZombieSpaceApe tells me that they initially tried to lay the foundation by eye but swiftly ran into trouble. While one particular brick in FFXIV then gave them a sense of the spacing they needed in Minecraft, it wasn’t until they stumbled upon another area with ten bricks in a line that they had the “Rosetta Stone for the remainder of the build”.