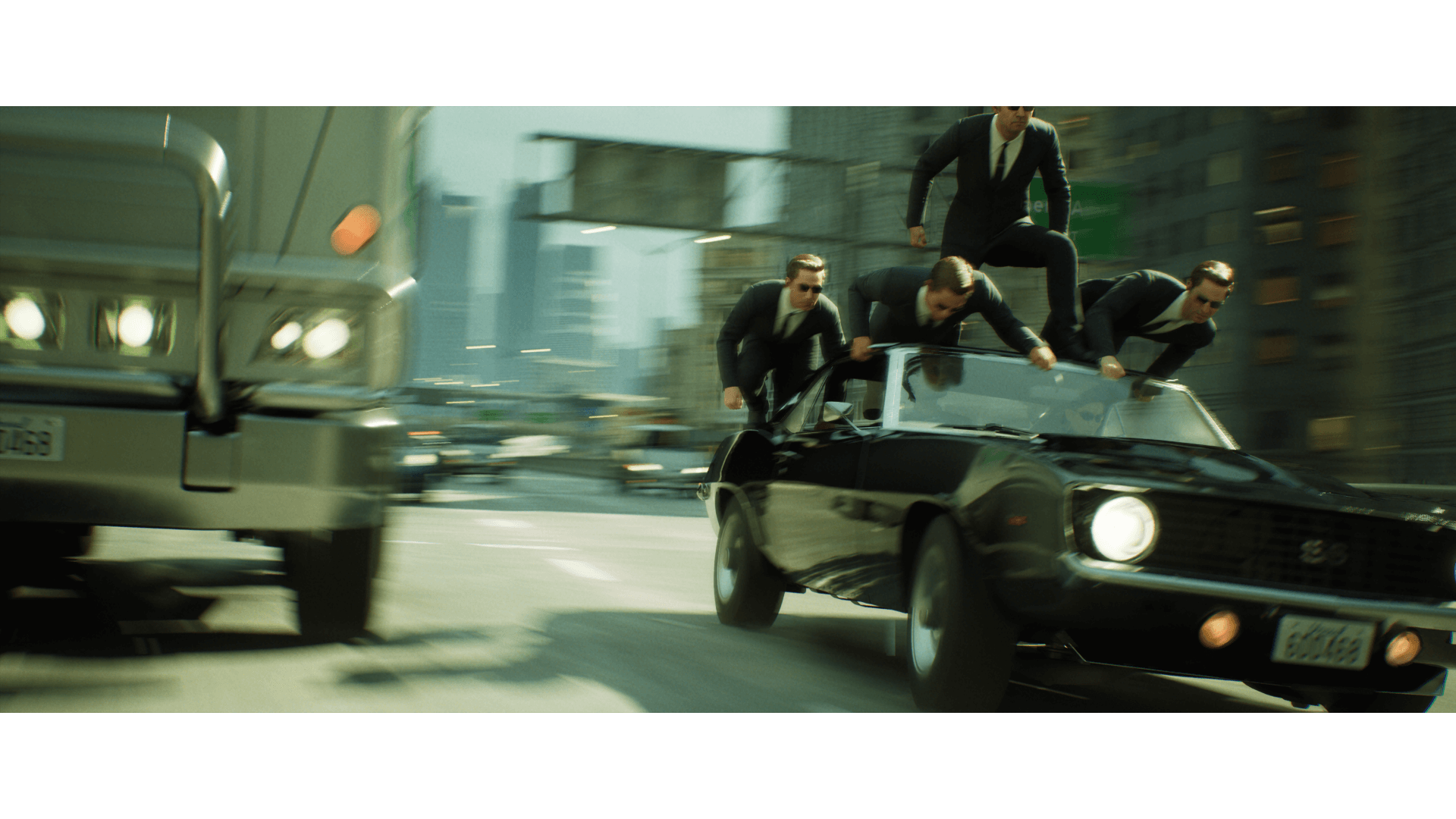 There’s something about a tech demo that is super exciting. I think it’s the fact that you’re seeing a glimpse into what is possible. The Matrix Awakens tech demo, built using Unreal Engine 5 and only available on PS5 and Xbox Series X|S, offers that window into the future. It might be an odd thing to say, given we’re more than a year into the life of these new consoles, but aside from a baby’s handful of titles, few games have shown what next-gen really means for this generation of games.

Unreal Engine 5 has impressed before, of course, a demo shown off to highlight what is possible on PS5, turned heads over a year ago, but The Matrix Awakens is different in that you (it’s on the PlayStation store and Xbox store right now) can play it. It’s not a complete game, by any means, but there’s an on-rails shooting sequence that takes place from within the backseat of a speeding car, then a city to wander, fly, or drive around.

Playing on Xbox Series X, the initial on-rails shooty bang bang sequence is the most visually impressive from an in-you-face spectacle point of view, with cars exploding and spinning violently out of control as you shoot out tyres. Gameplay here is rather limited, but there’s a definite “OK, wow, this is cool” feeling to the whole thing.