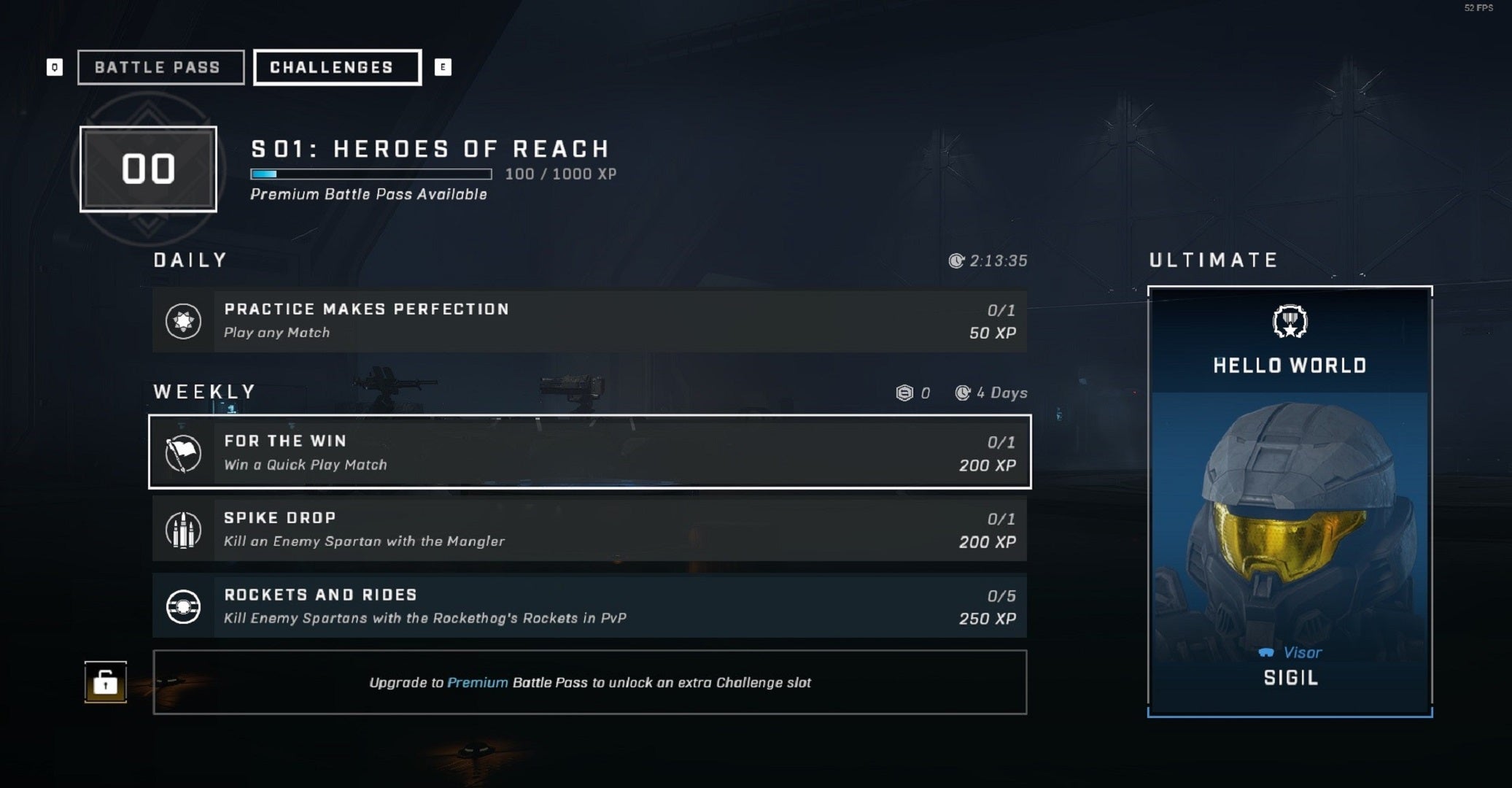 A new update in the Halo Infinite battle pass saga graced the internet, as 343 Industries continues to try and adjust the progression systems in their hit multiplayer beta. Their latest attempt? They’ve added a new daily challenge called “Practice Makes Perfection” to the game that rewards players fifty pass XP for completing a single multiplayer match.

For those not in the loop, Halo Infinite’s multiplayer beta has been largely received as an incredibly enjoyable experience, with huge numbers of players hopping in since its surprise launch this week. The only major issue seems to be with the progression, which comes in the form of a singular experience bar attached to seasonal battle passes.

Rather than gaining experience naturally as you play the game, experience is gathered through completing weekly and daily challenges. This has caused players who just want to focus on playing well and winning games to become a tad frustrated, as they’ve found that doing so plays second fiddle to ticking off boxes.The XP rewards are also quite meagre, with weeklies providing only two hundred XP per pop, while a single rank in the one-hundred-rank battle pass requires one thousand points.