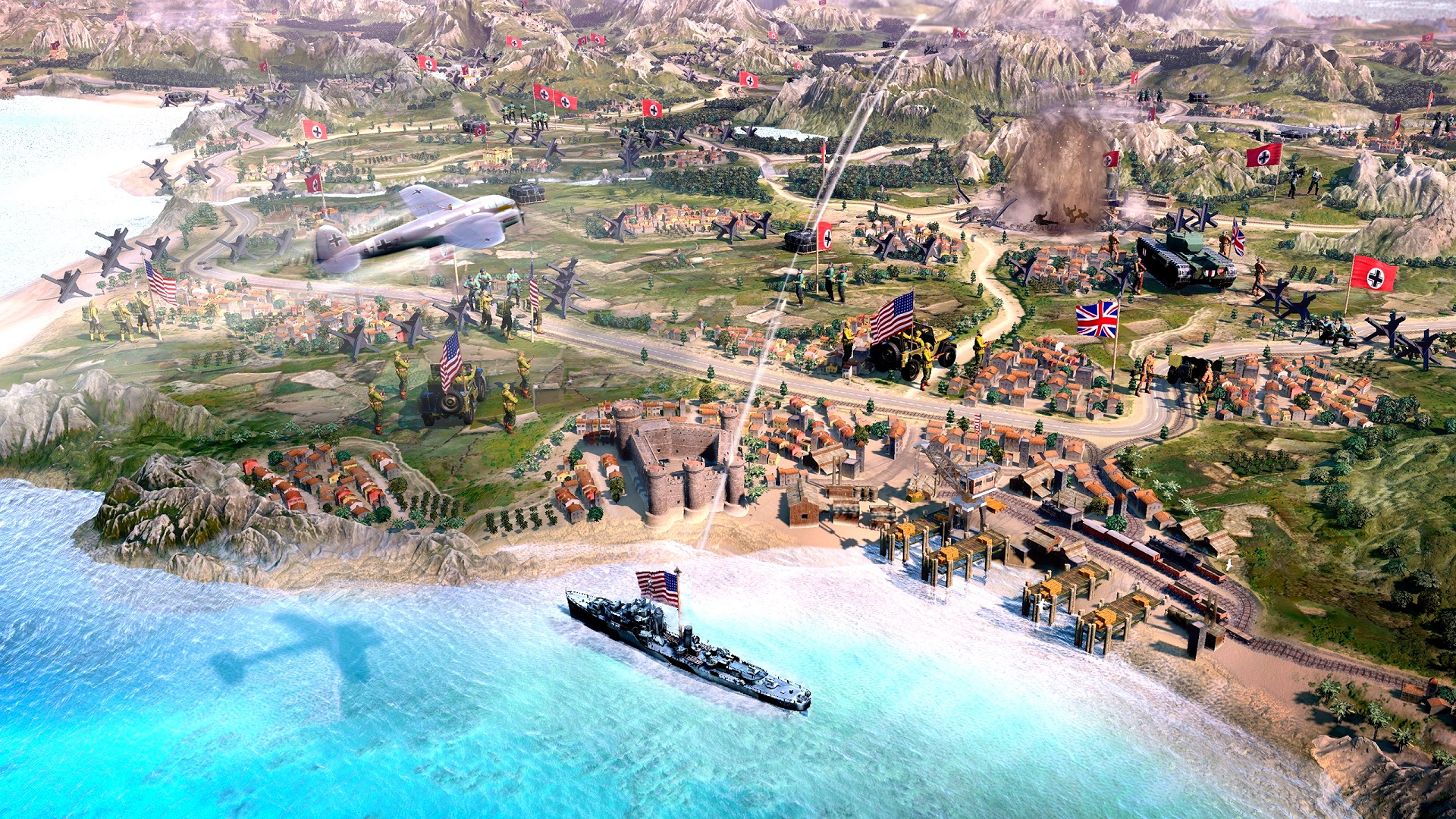 What are the best strategy games on PC? Some would say Command and Conquer, others Civilization VI, while more still would say “actually, Civ IV was the better ga-” but at that point we’d stop listening because nobody cares. Join us as we explore a curated collection of the genre’s greatest hits, from newcomers to classics.

Fun fact: the strategy genre was first invented back in 1938, when Winston Churchill looked out an aeroplane window over France and thought, “Hey, this would make a really cool videogame, whatever that is.” Probably. Since then, there have been about a hundred million different strategy games, simulating as many different kinds of fighting as we humans have had reasons to fight one another.

Turn-based or real-time, grand strategy or tactical… this genre is as diverse as they come. But which are the absolute top strategy games on PC? Well, just drag a selection box over our bodies and right-click on the horizon, and we’ll find out. We have a strategy editor on our team now, so we can’t be wrong. (Editor: could be immediately wrong)