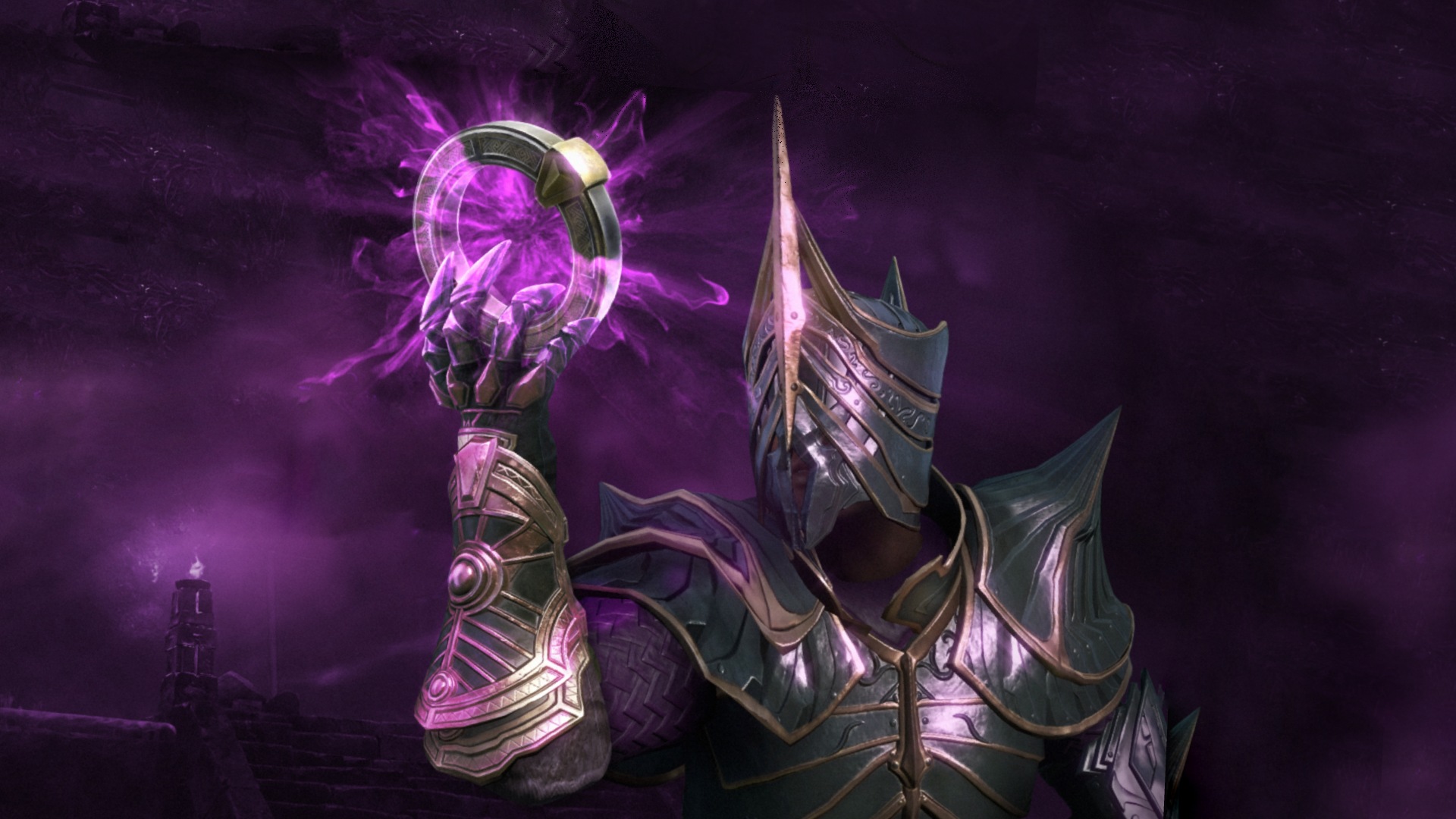 The Void Gauntlet is a magic weapon that shoots ranged projectiles that deal – unsurprisingly – Void damage. It’s not used exclusively as a ranged weapon, though, as it can also summon a Void Blade that performs melee attacks. Holding ‘block’ converts your health into mana over time. This may seem like a dangerous trade off, but crucially, several Void Gauntlet abilities provide healing to yourself and allies – making it the only other source of healing in the game aside from the Life Staff. Like the Life Staff, the Void Gauntlet’s healing also scales based on your focus, making it the second weapon in the game to use the focus attribute.

The Void Gauntlet abilities are split into two skill trees: Annihilation and Decay. Annihilation is primarily used to deal significant damage, and Decay skills are focused on healing and debuffs. Both playstyles are viable in both PvP and PvE – we’ve put together the best Void Gauntlet builds for every situation below, including recommended perks and abilities shown using the New World Fans fansite’s skill tree tool.