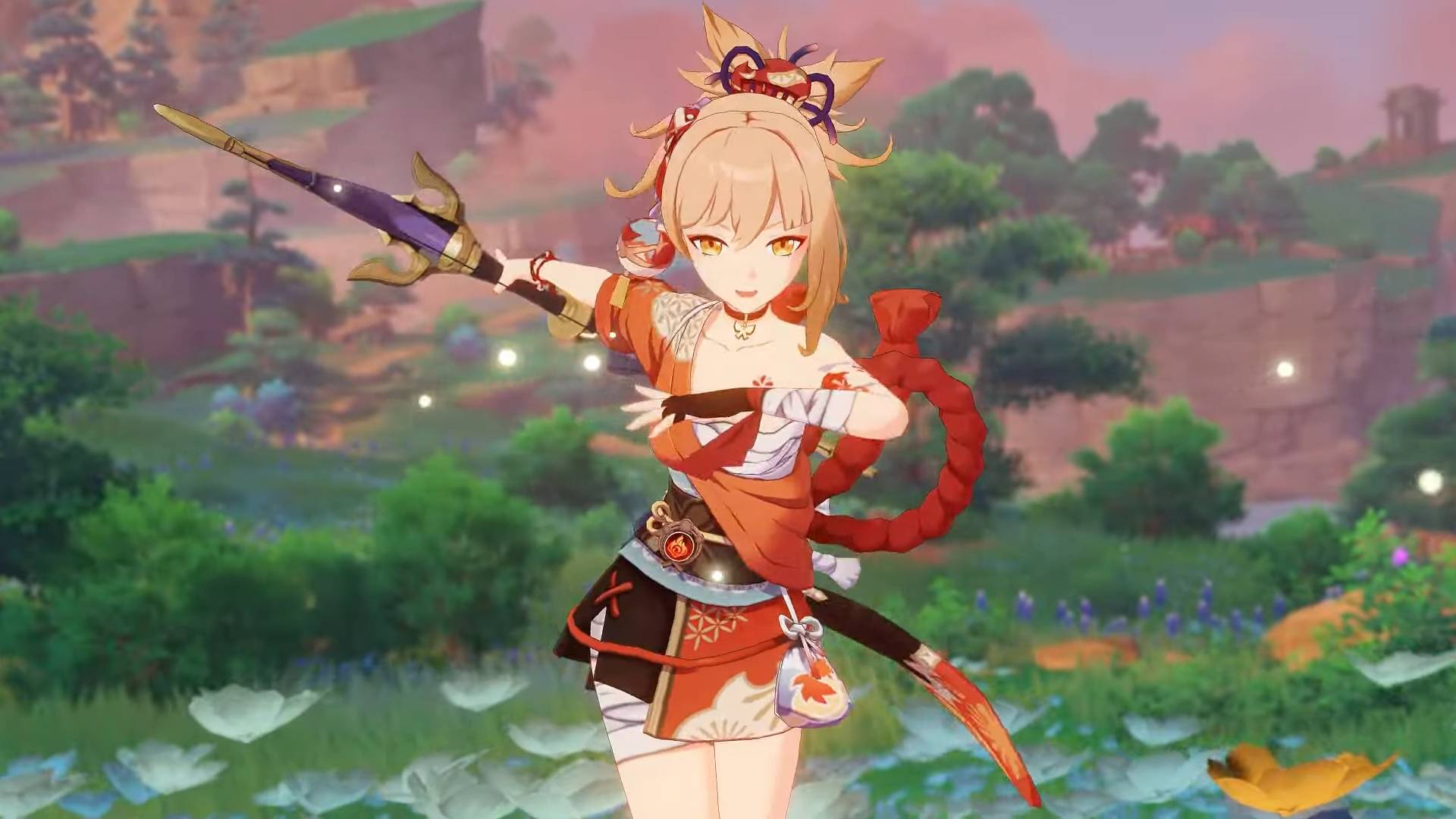 Yoimiya joins the roster of new Genshin Impact characters as part of the current Genshin Impact banner alongside the four-star Sayu. If you’re looking for the best Yoimiya build in Genshin Impact, then here’s how to create the ideal build based on Yoimiya’s abilities.

The Genshin Impact Yoimiya banner, Tapestry of Golden Flames, has dropped. You now have a chance to play as the five-star firework shop owner, also known as the Queen of the Summer Festival, who lives in Inazuma City in Hanamizaka. She is a five-star Pyro bow user, and although players may be hesitant to try her out due to her lack of AoE damage, it is possible to build Yoimiya as a powerful DPS character.