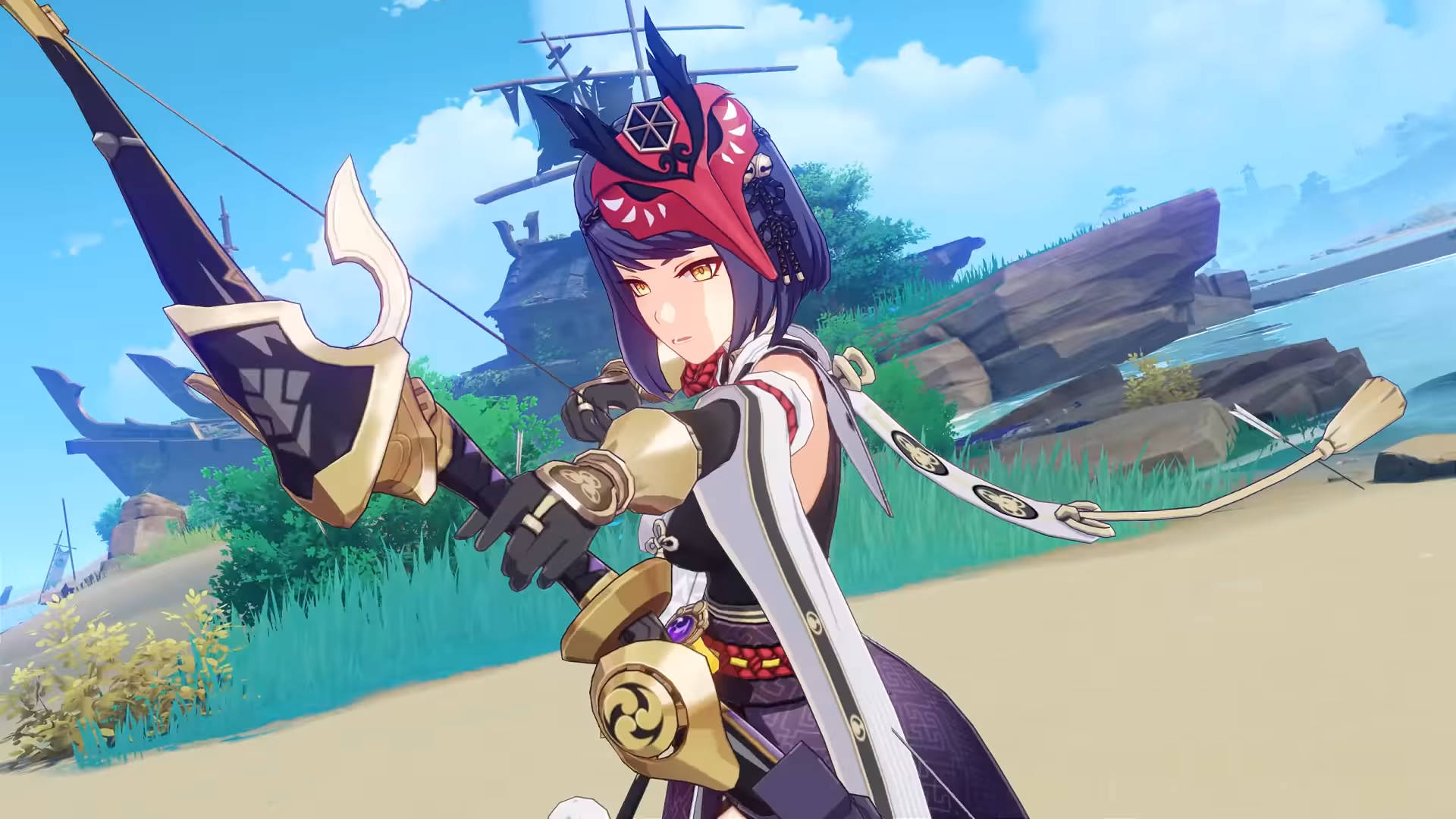 Want to know what the best Sara builds are in Genshin Impact? Kujou Sara is an Electro four-star bow user who joined the game as part of the first banner in the Genshin Impact 2.1 update. You can find out more about her abilities by checking out our Genshin Impact Sara banner guide.

Also part of 2.1’s first banner is Raiden Shogun, or Baal as she is otherwise known, is the five-star character coming to the same banner. Kokomi, the Hydro healer, was added to the game in the second banner as part of the 2.1 update.

The 2.1 update is stacked with all sorts of new stuff, including a couple of new Inazuma islands to explore, fishing, and even the game’s first tie-in character: Aloy from the Horizon Zero Dawn, though PC players will have to wait until the 2.2 update to unlock her. In the meantime, we’ll go over two of the best Genshin Impact Sara builds – one focused on her battery potential and one for using her as a DPS.