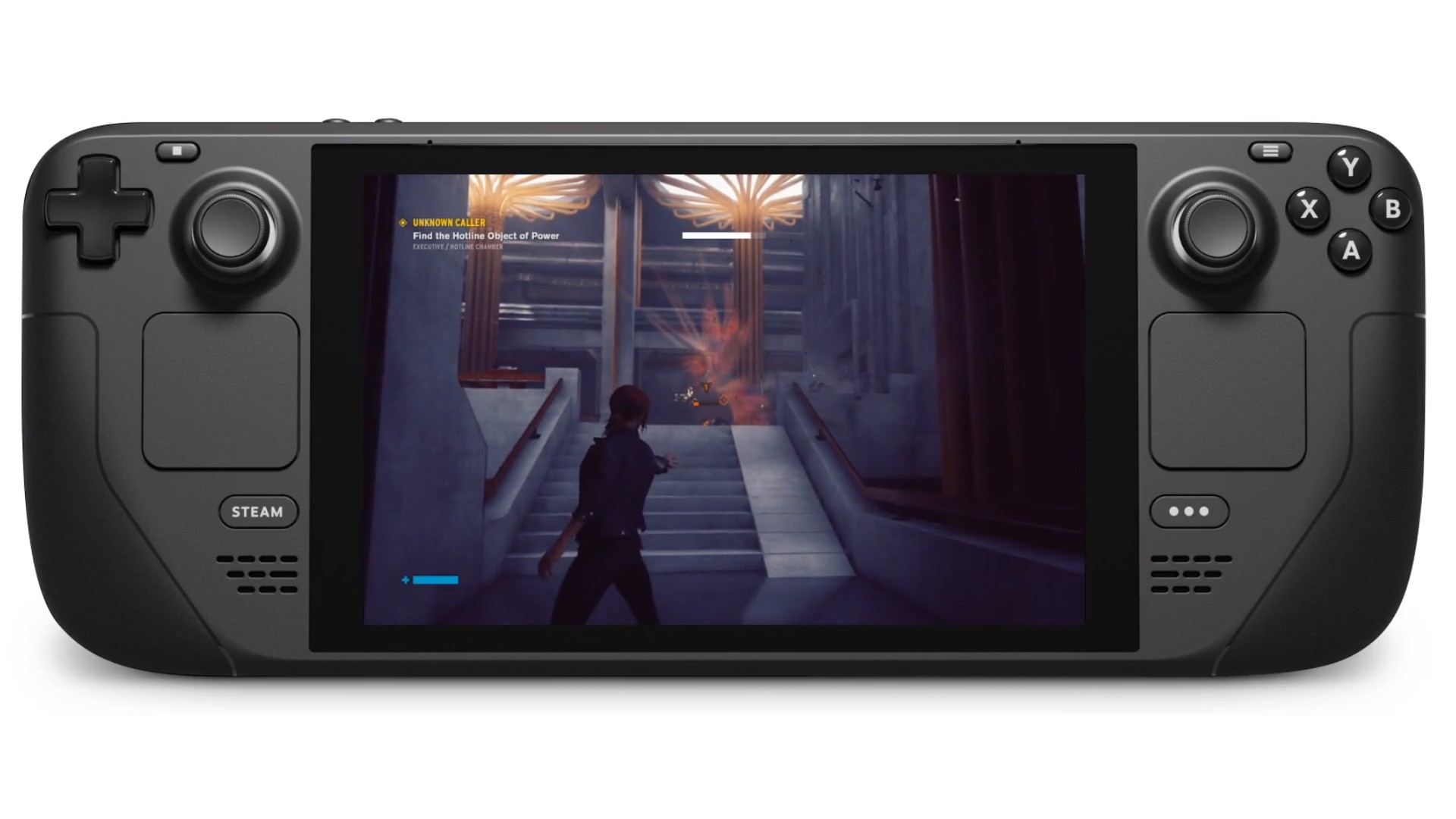 After years of handheld gaming PCs like the Aya Neo coming out of the woodwork, Valve has thrown its hat in the ring with the Steam Deck, hitting shelves in December. There are three models to choose from ranging between $399 and $649, all of which take design cues from the Nintendo Switch.

Under the hood, it’s powered by a custom AMD APU combining the Zen 2 and RDNA 2 platforms – the latter being the same architecture found on team red’s best graphics card. While Valve hasn’t been forthcoming with benchmarks, it claims it has “more than enough performance to run the latest AAA games”. And, with the purchase of an additional dock, you can use it just like you would a normal computer, plugged into a keyboard, mouse, and monitor on the best gaming desk.

It comes with the new SteamOS 3 Linux-based operating system, but you’ll be able to install Windows to the device for compatibility with more of the best PC games. However, Proton compatibility has dramatically improved to the point that you probably won’t need to.