Two new Spidey suits are coming to Marvel's Spider-Man Remastered later this week to promote the upcoming release of Spider-Man: No Way Home. Insomniac Games announced the suits on Twitter and showed off a brief trailer showcasing both suits. They will be available for download this Friday, December 10.

The new suits Peter can wear in the game are the red, blue, and gold Iron Spider suit, and the brand new black and gold suit as seen in the Spider-Man: No Way Home trailers. Take a look at the suits below. 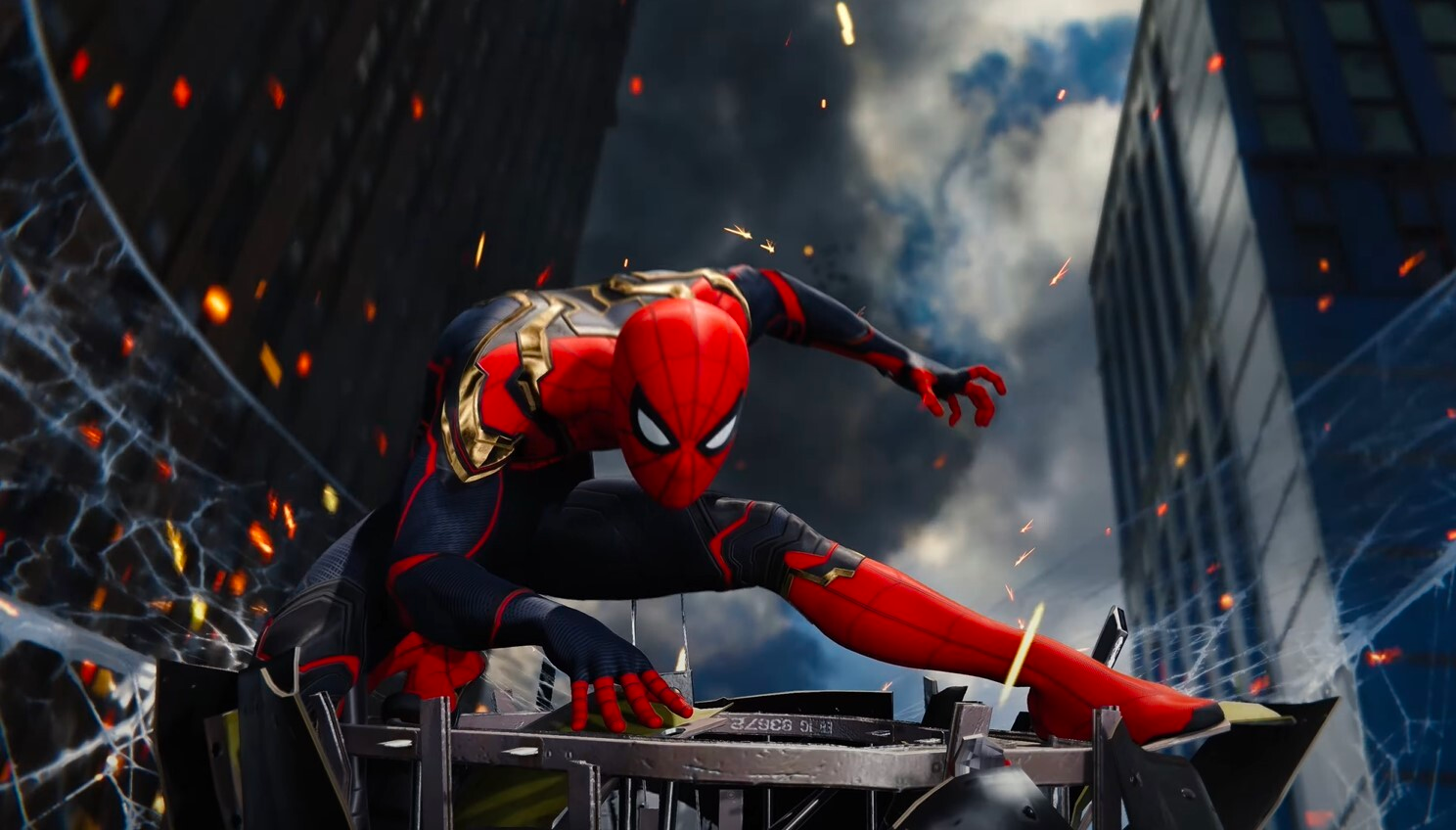 It's worth noting the suits will only be available for Spider-Man Remastered players, which is the upgraded PS5 version of 2018's Marvel's Spider-Man. The game is only available through the Spider-Man Miles Morales Ultimate Edition, which includes both games so far in Insomniac's Spider-Man series.

This isn't the first crossover Spider-Man PS4 is getting with the Spidey movies. Spider-Man on PS4 got the highly-requested Sam Raimi suit as free DLC, while Miles Morales players were able to swing around New York like the Into the Spider-Verse version of Miles.

If you still haven't jumped into Insomniac's Spider-Man games, Spider-Man Remastered and Spider-Man Miles Morales are both on IGN's list of the best PS5 games. And, now is a great time to try them out, because we know the series will continue both Miles and Peter's stories in 2023's Spider-Man 2.

As for No Way Home, we're less than two weeks away from the release of the highly-anticipated Spidey flick. We just got a look at new posters featuring classic Spider-Man villains. The hype is clearly high for the film, as ticket presales are the biggest since Avengers: Endgame.

Logan Plant is a freelance writer for IGN. You can find him on Twitter @LoganJPlant.