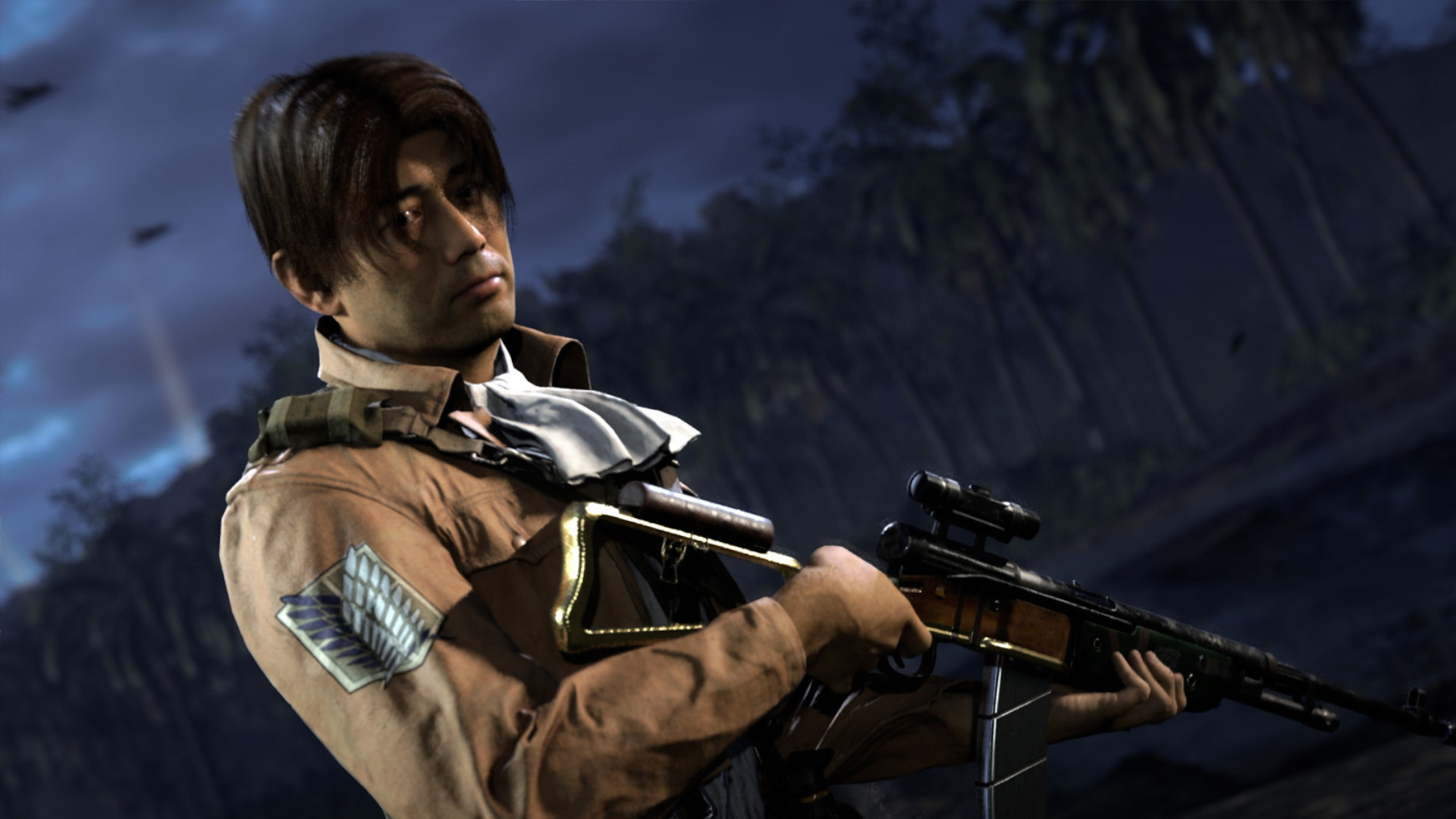 If you tend to find yourself anywhere near anime circles these days, you’ve probably heard that Attack on Titan’s final season (for real this time) has gotten underway. Perhaps this occasion has given you cause to wonder ‘how would Attack on Titan look in a videogame with a more realistic art style?’ Well, your extremely specific inquiry is answered, friend, thanks to Call of Duty.

The new Tracer Pack: Attack on Titan – Levi Edition Bundle sadly doesn’t actually let you play as fan-favourite Levi Ackermann, but it does let you dress up CoD operator Daniel Yatsu in Levi’s own gear. The bundle also includes weapon blueprints for AoT-appropriate assault rifles and a ‘Titan Piercer’ blade, but the real kicker is the ‘Secret Keeper’ charm. Yes, it’s that damn key.

Call of Duty hasn’t gone quite as crossover-heavy as Fortnite, and its crossovers have tended more toward action and horror films than anything else. But now, it’s anime. Is this supposed to be the metaverse everyone’s so excited about?