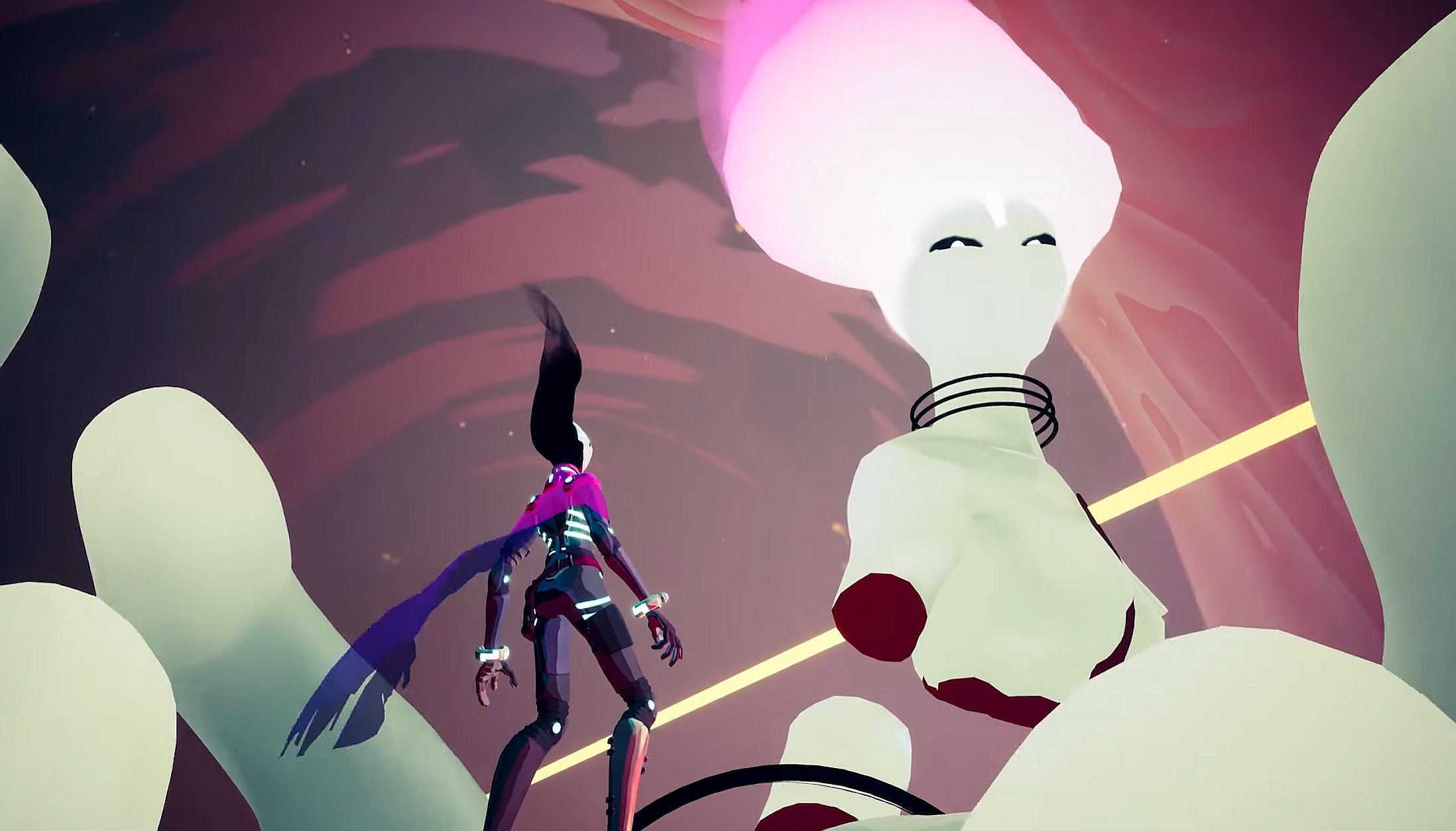 Do you ever notice when you have a perfect walk? You’re going somewhere (taking the kids to school, heading into town, nipping to the local shop) and when you arrive you realise that you had flow. You never stopped moving. You didn’t have to stop and wait for traffic in order to cross the road. No kids on bikes forced you into a bush. There was no need to take evasive action from someone who clearly didn’t get the memo about Covid. It was a seamless, silky smooth walk. At its best, Solar Ash is that walk. It’s just a slight shame that by the end it feels like you’ve done the same walk a few too many times.

Solar Ash is the follow-up effort from Hyper Light Drifter developer Heart Machine. It’s quite a radical departure in terms of appearance and gameplay, being a full 3D action-platformer instead of a classic Zelda-like action adventure. The world is fully explorable, and it’s best to do this at pace, your character Rei able to glide around as if on ice skates, double jump, dash, slow time, and grapple. The moves you learn at the start of the game remain your moves throughout your journey, and this has its ups and downs.

Traversal around the world is fairly laid back, at least initially, with only some token enemies to contend with, but the end of each area sees you take on a huge creature. You employ the same moves on these skeletal foes, and early on it’s pretty easy to fall over the different button commands due to the speed you need to perform at. You’ll get better, though, so by the end you’re a pro – not surprising given that you’ve been using the same moves for the length of the game.