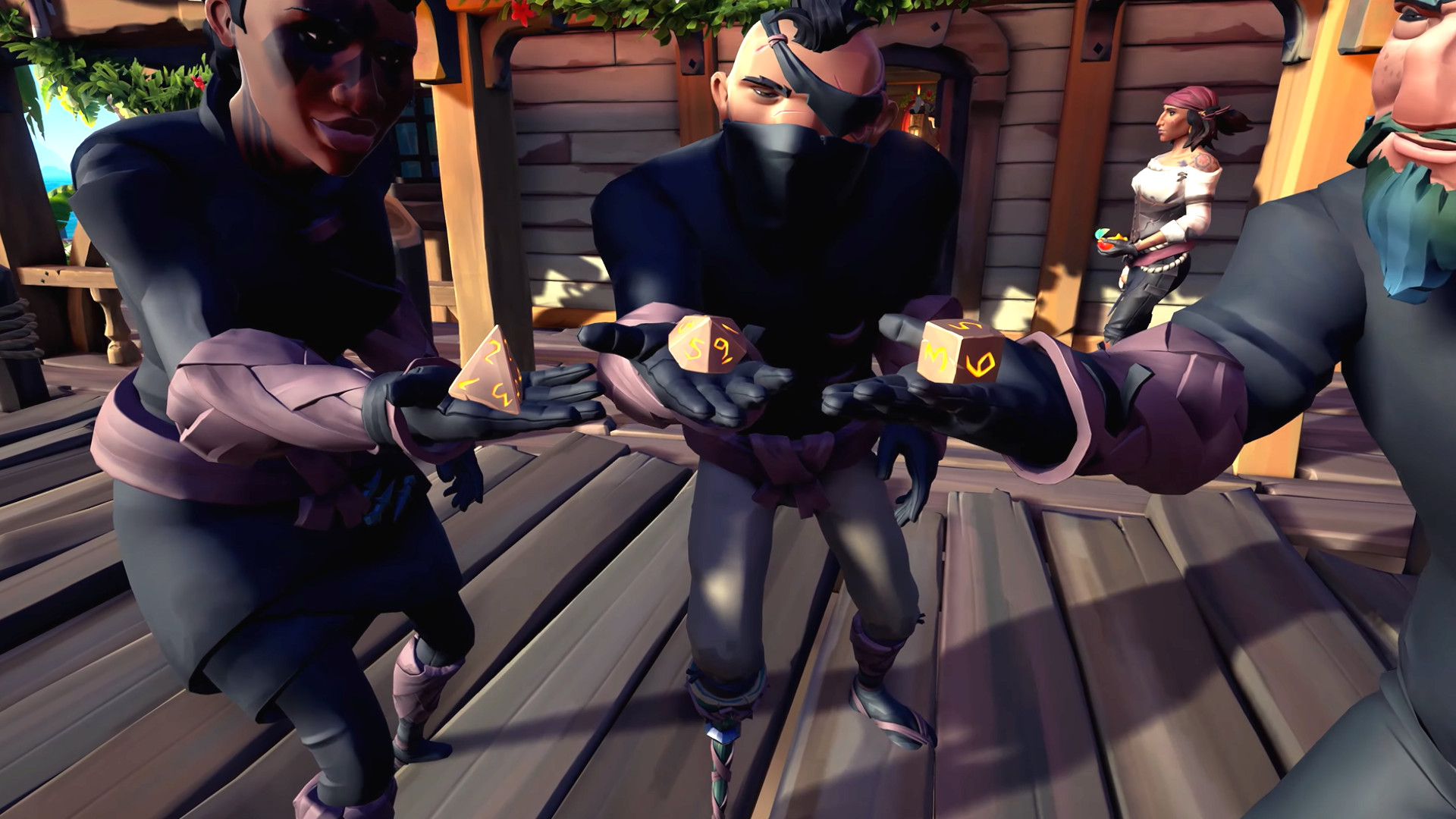 A new season for Sea of Thieves gets underway in December, and while it won’t have the big new content drops that we saw in Seasons Three and Four, Season Five is bringing us a host of quality-of-life features that might be even more significant. The update will bring everything from buryable treasure to polyhedral dice, so here’s a broad rundown of what to expect.

You will now be able to bury your own treasure. Doing so will create a custom treasure map detailing the location of your booty – you can post that to a quest board at sea posts and outposts, and other players will be able to pick up that map and go seek out the treasure for themselves. If another crew succeeds at that treasure hunt, you’ll also get the reputation reward for the loot, as well as a renown bonus.

Perhaps the biggest of the myriad quality of life tweaks is the update to storage crates. While holding a crate, you can now look at a barrel or other container and simply ‘take all’. This should make stocking up your ship at the start of a session far less of a time sink.