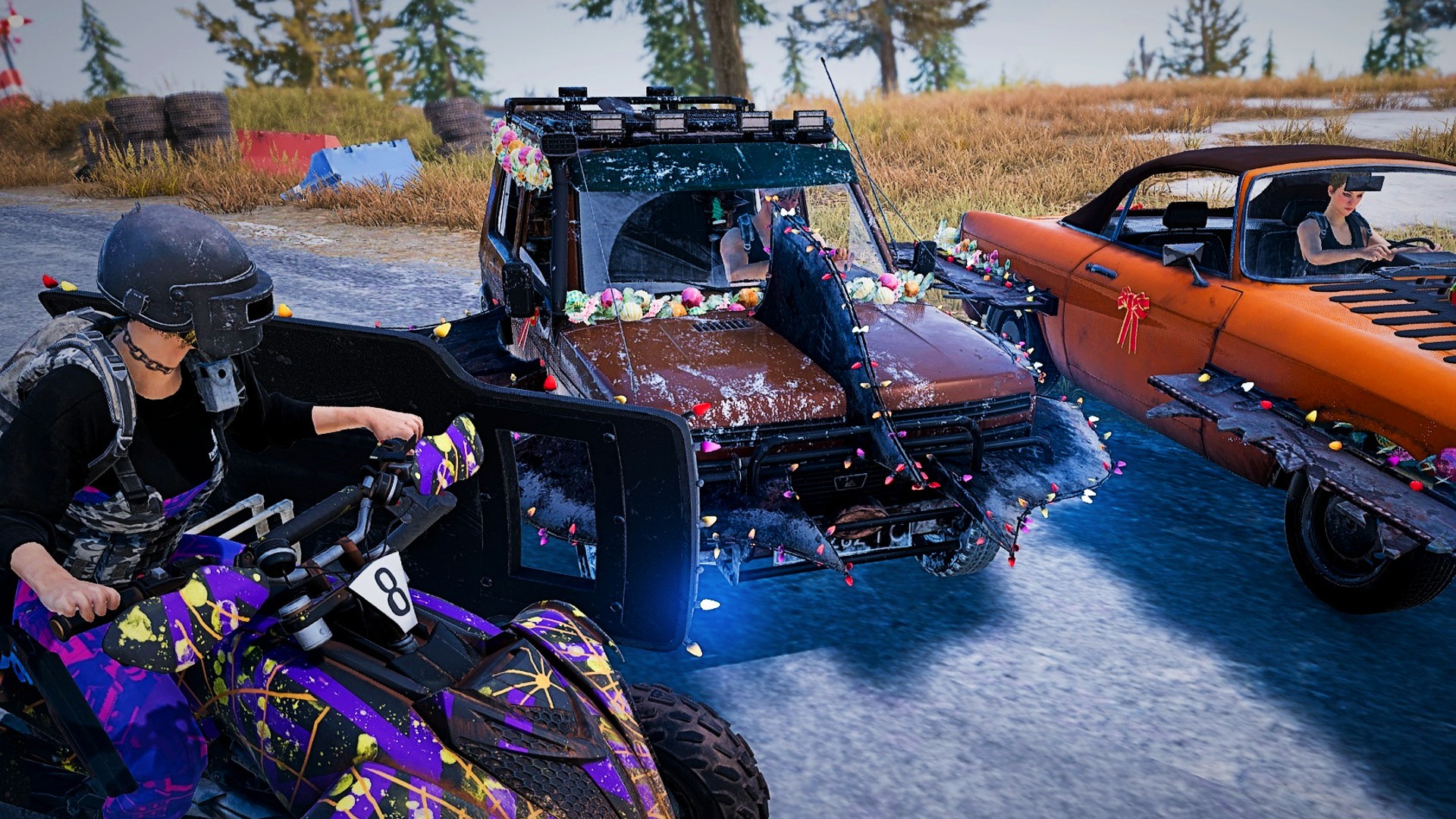 The suitably titled Winter Race mode puts you and several others on one of Vikendi’s five race tracks. You can select the Motorbike, Pickup, Coupe RB, Quad, or Zima as your vehicle, with each one providing its own weapon and set of equipment. You’ll need to drive through checkpoints as you reach the finish line, so don’t wander off the track for too long.

While some of the fun in PUBG’s racing mode comes from shooting someone off their vehicle, you won’t be able to do so until ten seconds into the race. If you spawn in after being eliminated, you’ll be invulnerable for five seconds. You’ll also stumble across plenty of crates during your race. Some are typical ammo drops, though others give you new weapons for your ride and speed boosts – no blue shells, though, as far as we can see.