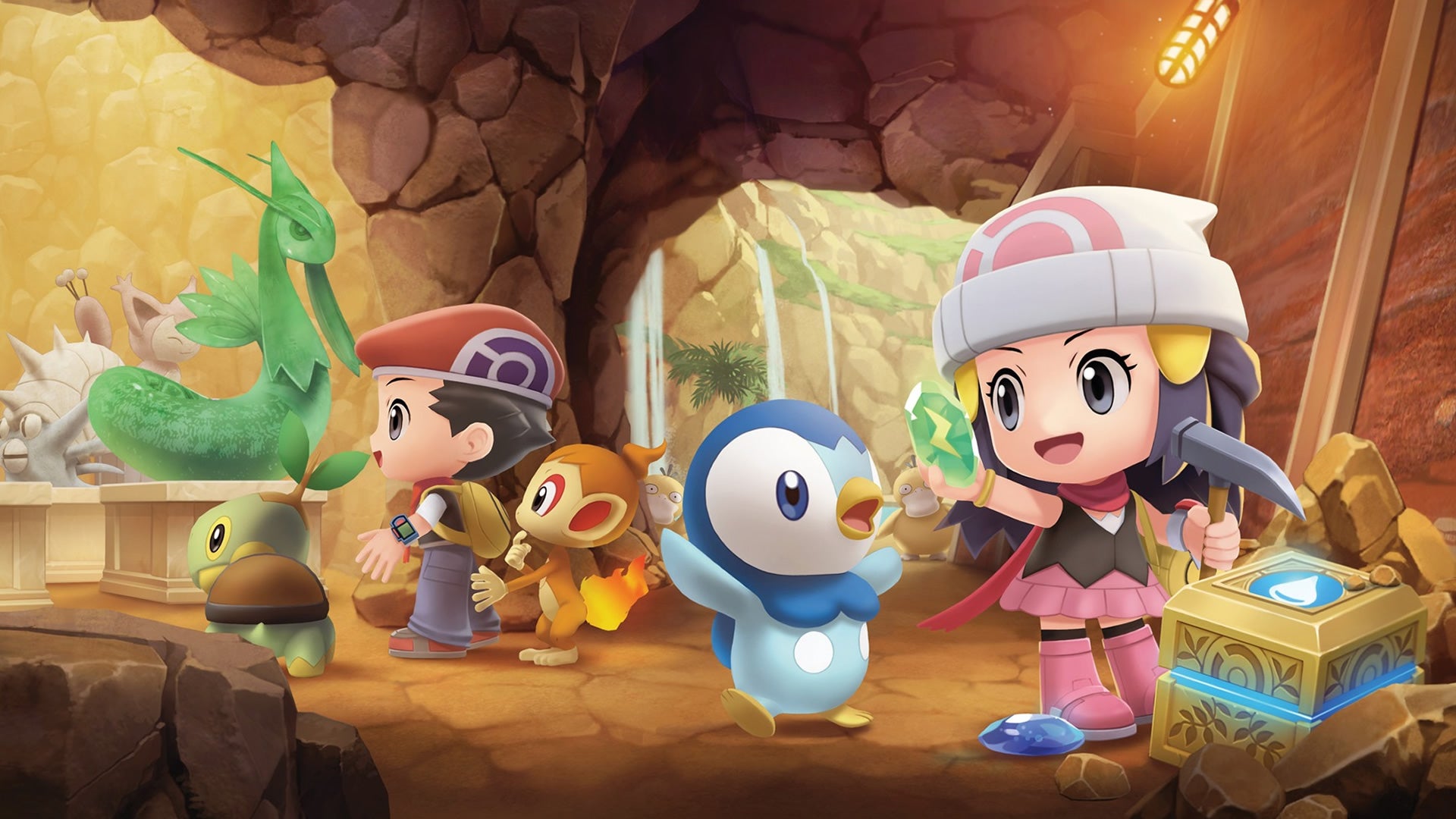 Over the last few years, Pokemon has taken a few interesting detours. We’ve seen the series experiment with getting rid of the traditional gym battle structure, with open-world design, and famously with jettisoning some older Pokemon from the current playable Pokedex. Some of these changes fans have loved, some they’ve understood, and some they’ve criticized. The latest small adjustment to series traditions comes in its newest pair of remakes – which are a little different to those we’ve had in the past.

The concept behind Pokemon remakes, as established by the first couple back in 2004, is to modernize older Pokemon titles up to the standards of the ‘current’ generation. So FireRed and LeafGreen shared a visual look and feature set with the GBA-era Pokemon games, while HeartGold and SoulSilver did the same for the DS era. Pokemon Brilliant Diamond and Shining Pearl break with that tradition, to an extent. Rather than being new versions of Diamond and Pearl that are designed to match up to the style and presentation of Pokemon Sword & Shield, it’s a more workmanlike, simplistic remake. It is the same game with a handsome new coat of paint.

That glow-up won’t be for everyone. The chibi style of characters on the overworld is somewhat reminiscent of the dreamy toy-like style of the Switch remake of The Legend of Zelda: Link’s Awakening, which not everybody loved. But I do think it fits, and it’s a wonderful representation of how the vaguely chubby, stubby sprites used back on the Nintendo DS might look if rendered relatively faithfully using modern 3D graphics. When you slip into battle, the game swaps art styles to a more contemporary Pokemon look that essentially resembles the anime. This might sound potentially jarring, but it isn’t – Japanese RPGs have been utilizing different art styles for battles and the overworld for a long time, and what is good enough for Final Fantasy 7 is certainly good enough for Pokemon.