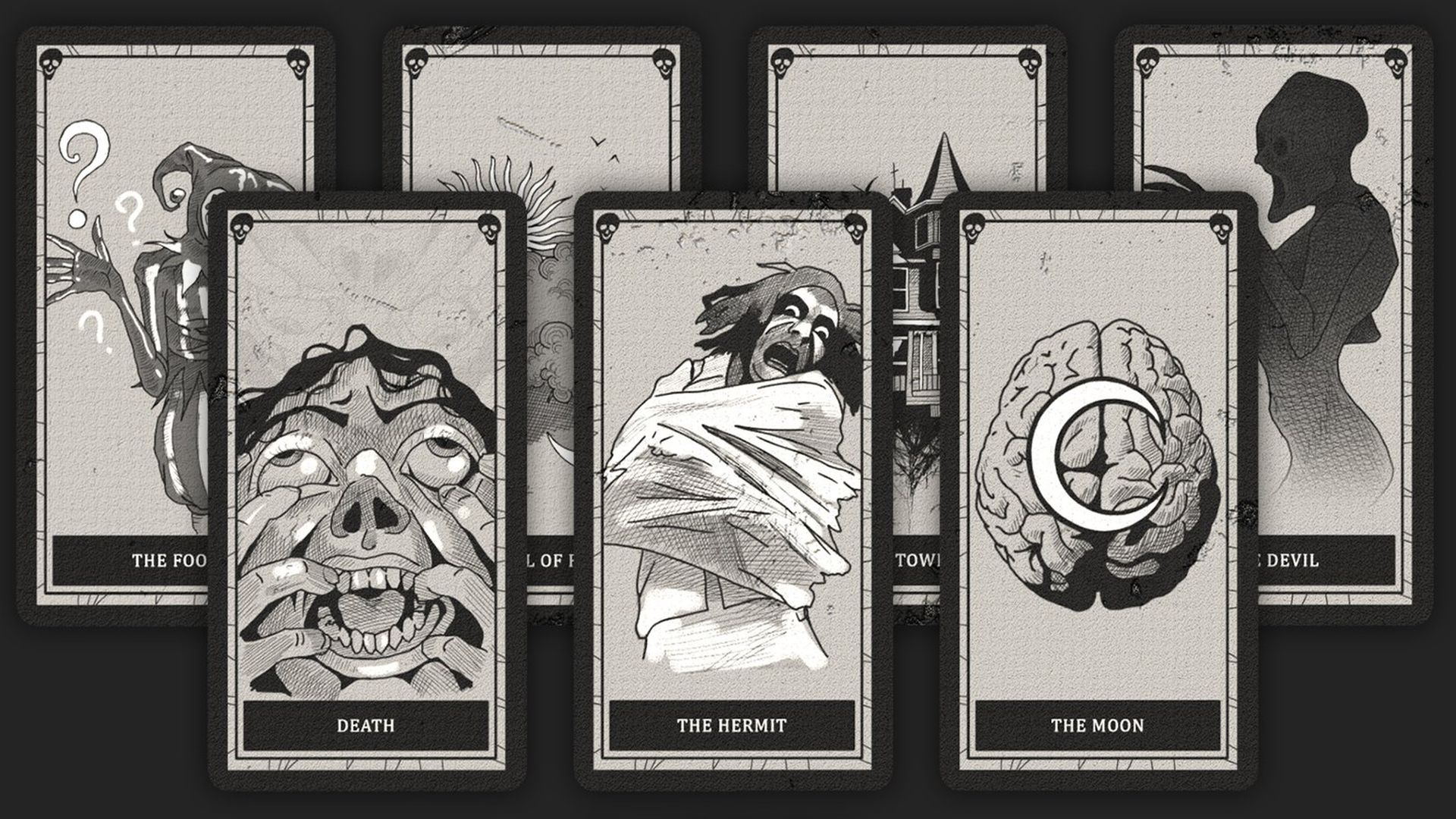 The teases keep on coming for Phasmophobia. The devs at Kinetic Games recently teased a Phasmophobia Christmas update coming to the ghost game – which it seems will be called the Cursed Possessions update – and now a new mechanic is confirmed as on the way, in the form of tarot cards.

Lead artist at the studio Corey J. Dixon has shared a tweet (below) with a bunch of spooky, hand-drawn images made up to look like a deck of seven cards. “We’ve found some mysterious cards,” the dev teases. “There’s a few missing, what could they do?” The answer to that is currently a mystery, but we can get an idea of what the team’s up to through the cards themselves.

Three are clear to see, with images representing ‘death’, ‘the hermit’, and ‘the moon’ – and they’re a little gruesome. The first is the face of figure contorting their skin with their fingertips, the ‘hermit’ depicts a figure desperately trying to escape their bonds, and the latter is of a lovely crescent moon, sure – but it’s also placed slap bang onto the image of a brain.