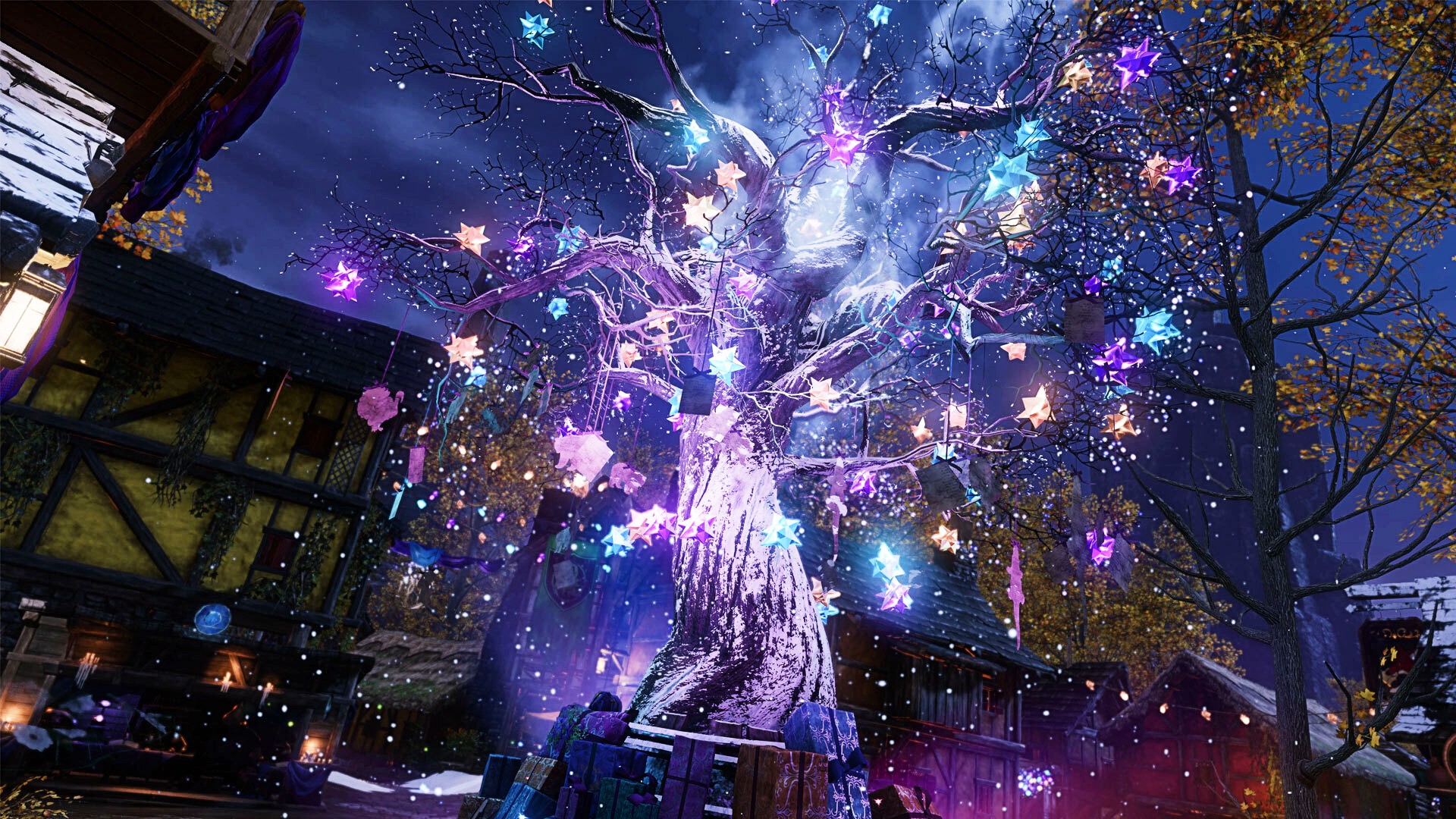 It’s the most wonderful and festive time of the year, so New World is getting some suitably merry content to tide players over for the Christmas period. It’s not all snow and tinsel, though, as Amazon Games is also testing some new endgame and crafting features on the PTR to alleviate some players’ concerns.

The Winter Convergence features festive villages, jolly activities, and some rather grinchy yetis. Four towns in Everfall, Monarch’s Bluffs, Weaver’s Fen, and Brightwood have been spruced up by a quest-giving NPC called the Winter Wanderer, with the land between now blanketed in snow and dimly lit by northern lights in the sky. If you seek out the Winter Wanderer, you’ll get an array of holiday quests to complete. The Convergence Spirit is a special town project that involves decorating a particular village, Lost Present Recovery is about recovering goodies from Frigid Folk, and Gleamite Collecting is about seeking out festive meteor showers to collect the glittering debris once they’ve nestled on the ground.

If you fancy some action, you can adventure to one of the new Ice Caves that have appeared due to the Winter Warrior’s desire for a permanent winter. If you enter one, you’ll find yeti trying to use their powers to freeze up and make snowfall.