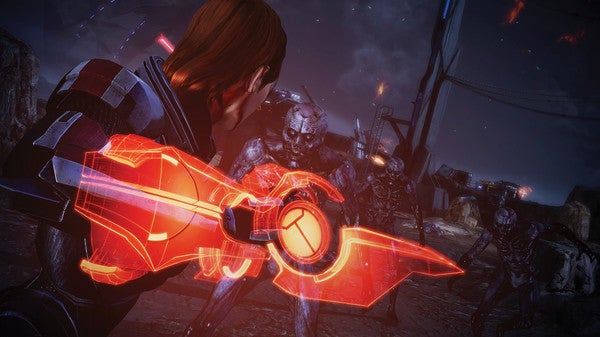 Romance your shipmates, gain the loyalty of your companions and then get to work on those calibrations – we may soon get Mass Effect: Legendary Edition on Xbox Game Pass.

We’ve already heard that BioWare and Microsoft may soon deploy the esteemed sci-fi trilogy of space operas on Xbox Game Pass for console and PC after the game appeared the Polish Microsoft Store with a Game Pass badge, and now (two weeks later), more evidence has cropped up that it could be coming soon.

Twitter user Aggiornamenti Lumia (via Pure Xbox) who is known for reverse-engineering the Microsoft Store and mining unannounced details from the storefront, has found what appears to be a new version of Mass Effect Legendary Edition for PC. This version of the game has the term “Rosebud” in brackets, which is apparently what EA uses to denote EA Play games on Xbox Game Pass on PC.