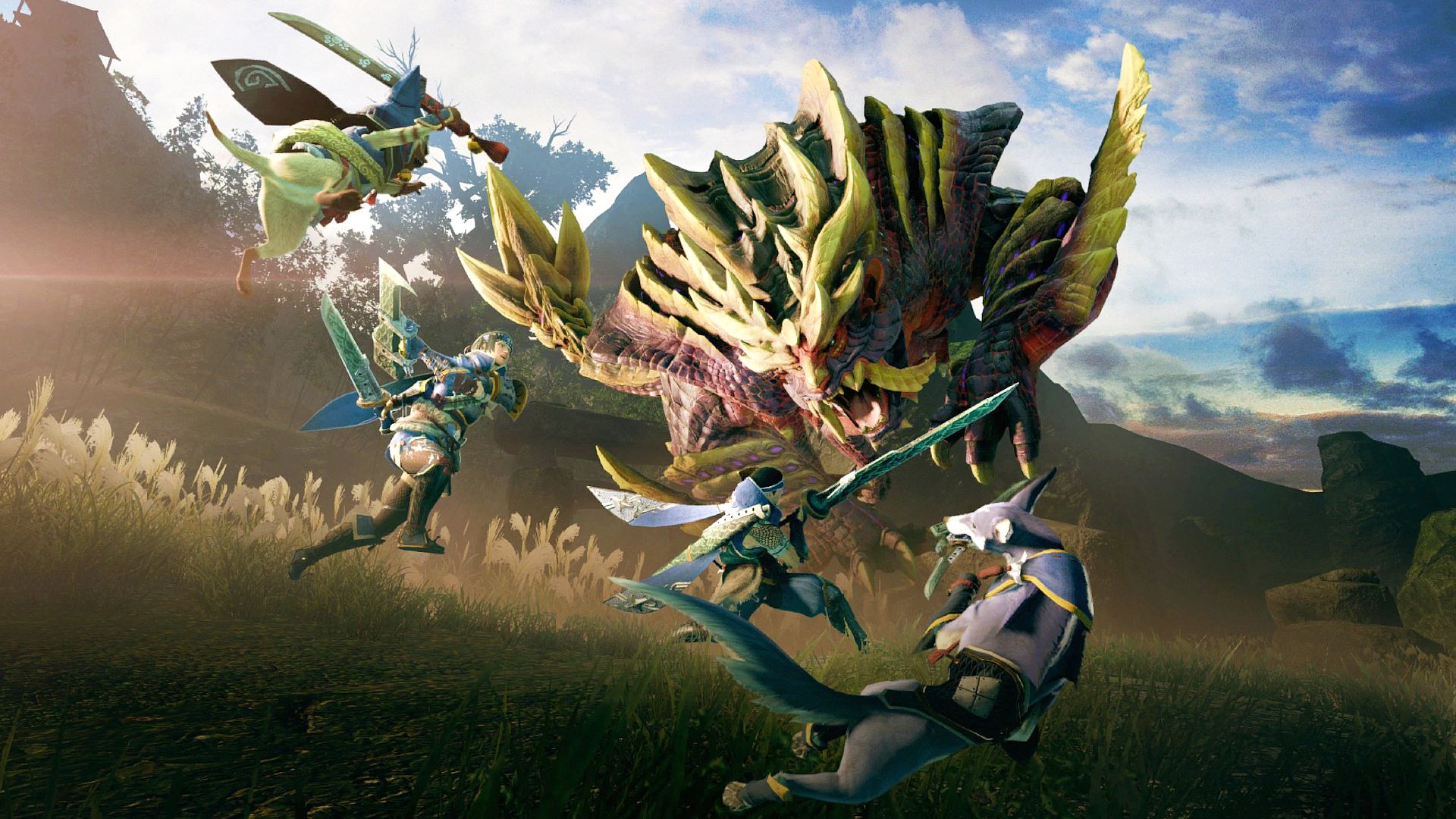 Monster Hunter Rise is the best Monster Hunter game to date. It maintains everything that makes World so fun to play, makes meaningful edits to the flow of combat, and adds plenty of its own flavour with Palamutes, new traversal mechanics, and gorgeous environments that are teeming with nods to Japanese folklore. And now it’s on PC we can enjoy it all with the benefit of faster frame rates.

Rise kicks off in traditional Monster Hunter fashion: a dangerous phenomenon is making the local wildlife go berserk and it’s up to you to fix it. This time you’re up against ‘the Rampage’, which is causing enraged monsters to stampede in huge numbers, and it’s headed towards your home village of Kamura. So, despite being a newly minted hunter, the village chief has charged you with investigating what’s causing the Rampage and stopping it before it threatens your home.

Kamura acts as your main hub, and it’s here where you’ll pick up new quests, trade goods, craft new weapons and armour, and chat with fellow villagers. So far, so Monster Hunter. However, your village also has an area called the Buddy Plaza that’s dedicated to your cadre of Palicoes, as well as the new Palamutes. While previous Monster Hunter games pair you with the cat-like Palicoes, Rise introduces us to Palamutes, faithful canine companions who double up as noble steeds and fierce warriors during hunts. Palamutes inject some much-needed pace into the more tedious parts of a hunt, reducing both the time it takes to chase monsters between areas and letting you sharpen tools while on the move.