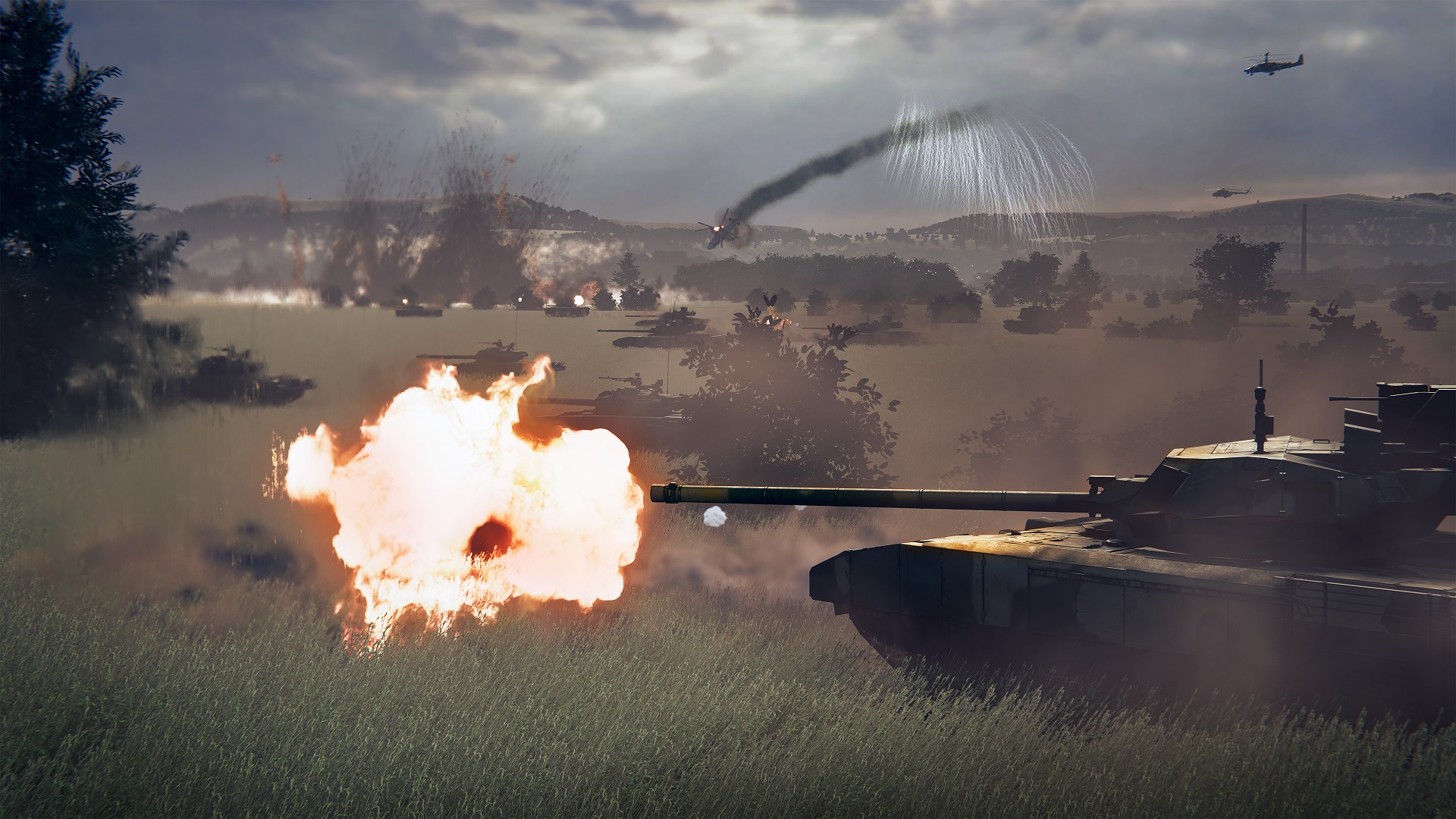 If you’ve been hankering for some modern-day combat after the WW2 battles of the Steel Division series, 2022 might be your year. Broken Arrow, an RTS game that features a deck-building system similar to the kind found in Eugen’s strategy games, will debut in the coming year, and today we got a first look at one of its impressive real-time battles.

Prior to each battle in Broken Arrow, you’ll put together an army deck, selecting from more than 100 units per faction. You’ll have slots for recon, infantry, fighting vehicles like tanks, support units, logistics, helicopters, and off-map assets like airstrikes, and you’ll want to consider both the terrain you’ll be fighting on and your enemy’s probable force composition when you’re selecting your cards.

You’re not limited to what’s on the cards, however. Broken Arrow also allows you to customise your units’ loadouts – you can fit aircraft with additional fuel pods or countermeasures, slap extra armour on your ground vehicles, and give your special forces the edge with gear like suppressors and recon drones. You’ll be able to refit certain units after the battle begins, too, so you can adapt to surprises your opponent might have up their sleeve mid-match.