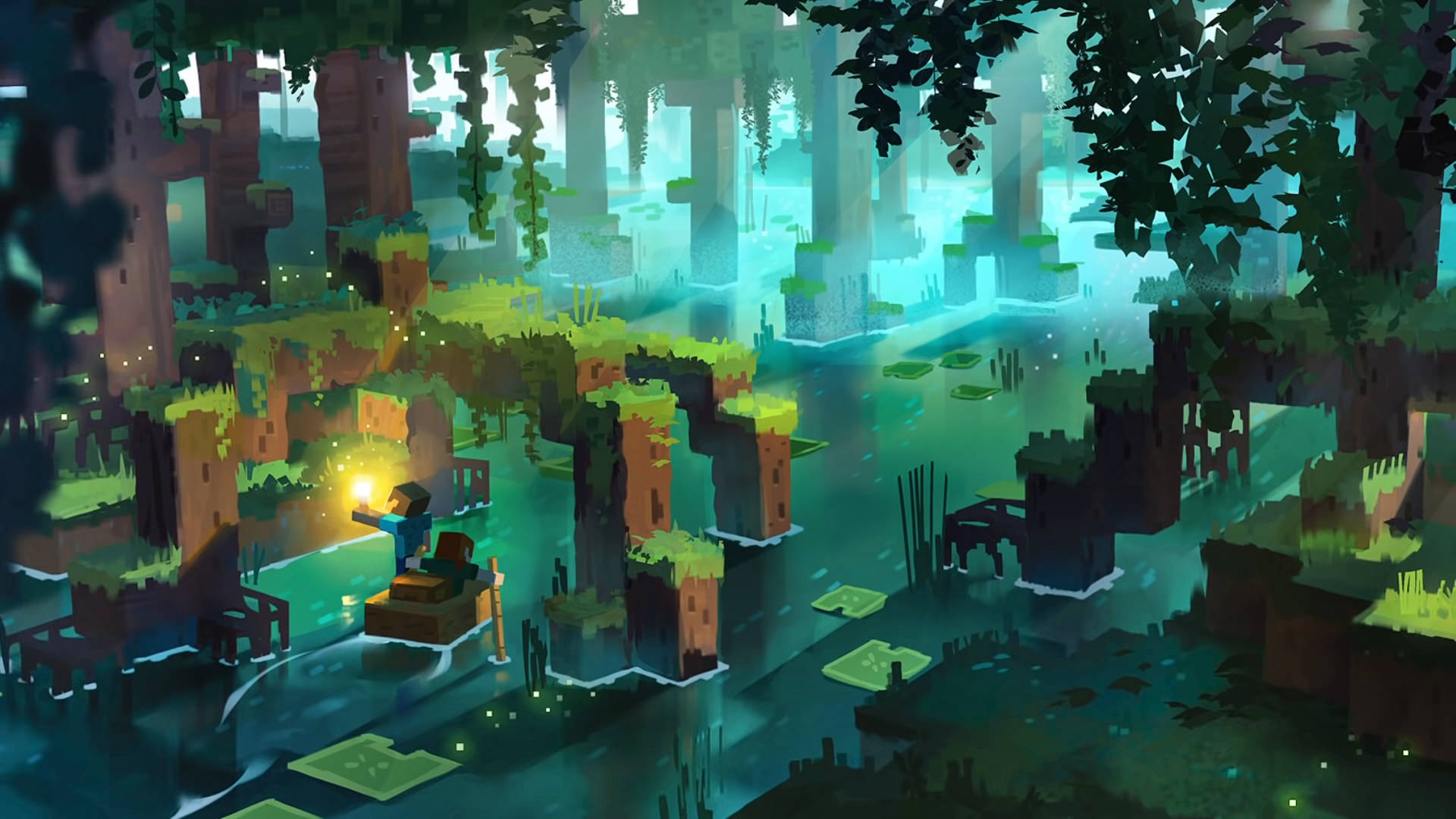 Want to know everything about the mangrove tree in Minecraft? At Minecraft Live 2021, Mojang announced the next big Minecraft update, and it’s called ‘The Wild update’. This update will arrive at some point in 2022, bringing with it the deep dark biome, previously announced for the Minecraft 1.18 update. The Wild update also contains a host of new creatures, features, and more. Several biomes are seeing some changes, but one of the most significant changes coming to the Wild update is an overhaul of the swamp biome.

Previously teased in a Minecraft biome community vote at MineCon 2019, the swamp biome overhaul includes the addition of adorable Minecraft frogs, the ability to craft houses with Minecraft mud bricks, and special boats with chests. Additionally, you will be able to find new mangrove trees in mangrove swamps. Just like the rest of the Minecraft trees, mangrove trees drop a unique type of wood that you can use to make items, or as the building blocks for swamp-appropriate Minecraft houses.

We’ll go over everything we know about these water-dwelling trees from the information shared during the Minecraft Wild update reveal, including where you can find them and how to cultivate your own mangroves from scratch using propagules.