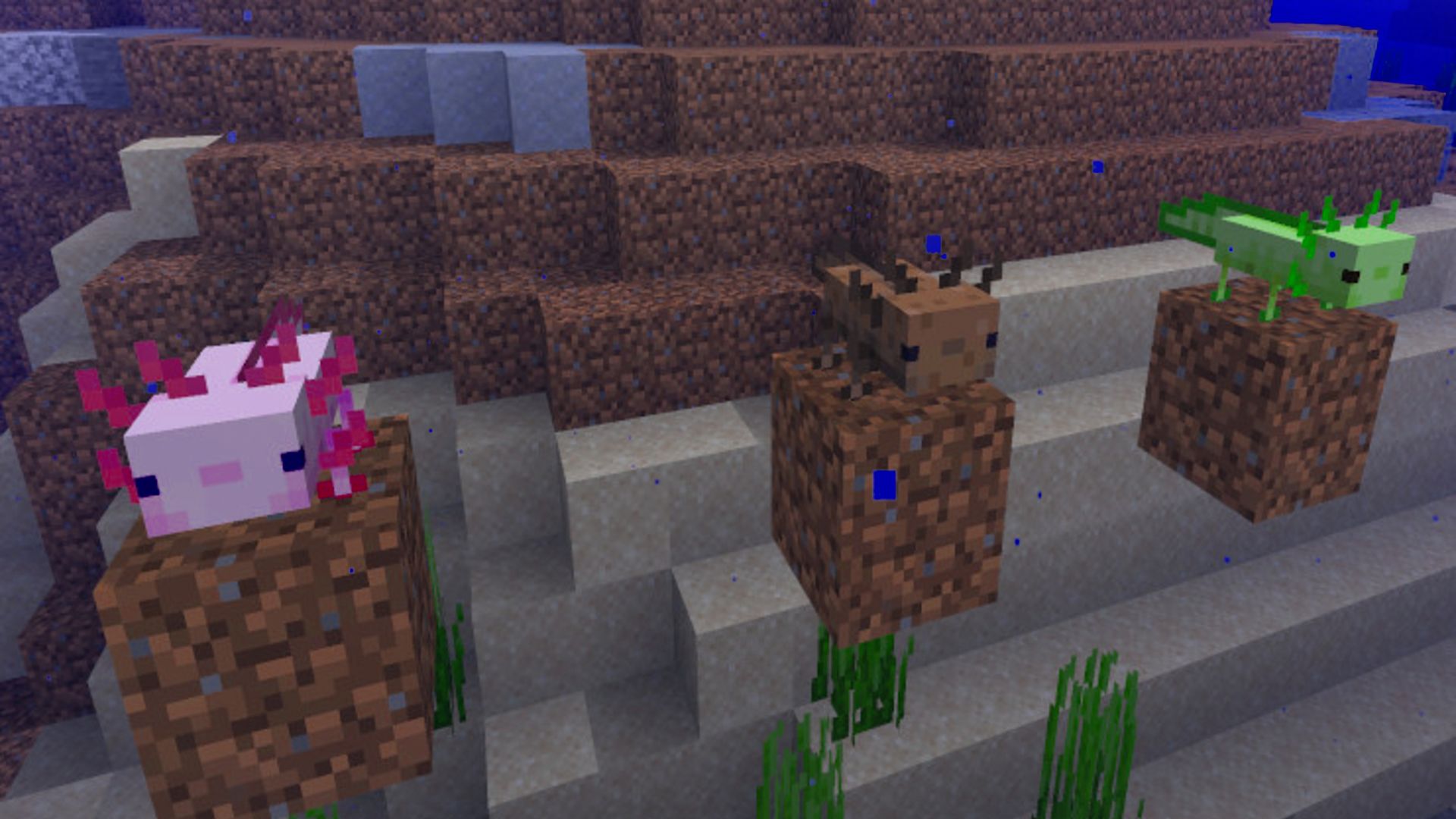 What is the new Minecraft axolotl? In case you’re not familiar with these adorable amphibians, the axolotl is a real creature that lives in caves. Axolotls are an incredibly rare species of salamander and are actually critically endangered. They are native to the Valley of Mexico, and in particular to two lakes, one of which no longer exists, so hopefully their appearance in Minecraft will aid conservation efforts for the axolotl.

As in real life, the axolotl comes in many colour variations – pink, green, and brown – and is ludicrously adorable. Eventually they’ll be found in the new Lush Caves biome in the Minecraft 1.18 update, but also have heaps of new mechanics not shared by other Minecraft mobs. What’s brilliant about the axolotl is that you can capture them very easily by scooping them up in a bucket and bringing them along with you. They may look adorable, but these are assault amphibians that you can deploy against ocean-based mobs by emptying the bucket mid-battle.

They’re much easier to find in the Minecraft 1.17 update as you just need to look in watery areas in caves. Join us as we go through everything we know about the axolotl in Minecraft, including where to find and tame them, and how they fight during combat.