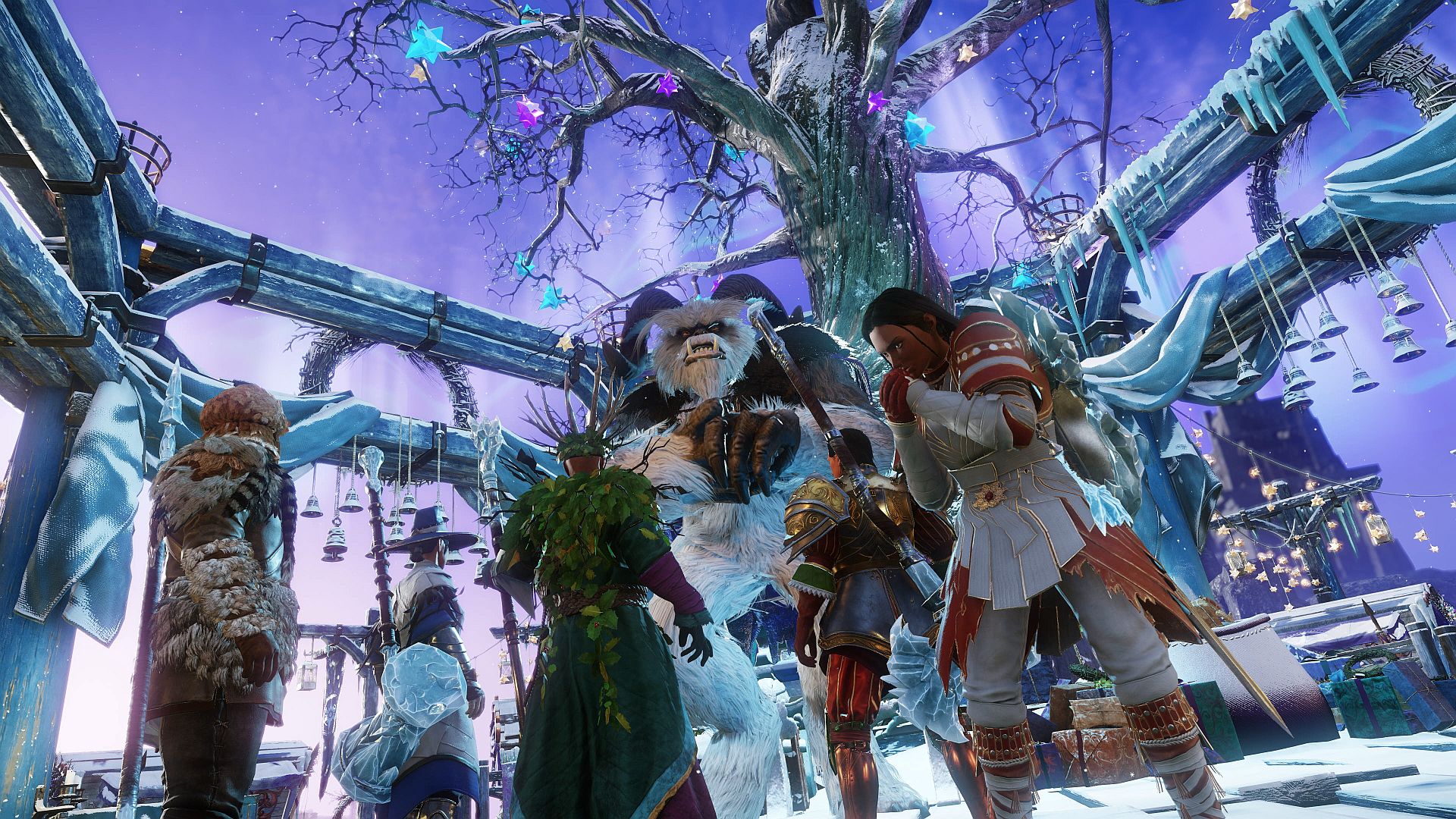 Winter has descended upon Amazon Games' hit MMO New World with the Winter Convergence Festival, a limited-time event running from December 16, 2021 to January 11, 2022. Amongst the gift-giving and merriment, a mysterious figure has captured the imagination of Aeternum's people – the Winter Wanderer.

As snow falls on the land of Aeternum, seasonal festivities have begun in the MMO. New World's festive event is much more than just a fresh coating of snow, however. There are new quests, activities, items, weapons, and even a fresh helping of lore for fans to enjoy in the Winter Convergence Festival.

New World's version of the festive season is largely inspired by a mysterious, mythical figure – the Winter Wanderer. His coming is hailed by the Northern Lights in the sky, but is he a benevolent Santa Claus or a sinister Krampus? No one in Aeternum can seem to agree, so naturally, these festive squabbles have escalated into full-blown warfare among New World's factions. While this might seem antithetical to the spirit of the season, it means plenty of fun for us New World players. After all, the true meaning of the season is loot! Let the war for the Winter Convergence begin.