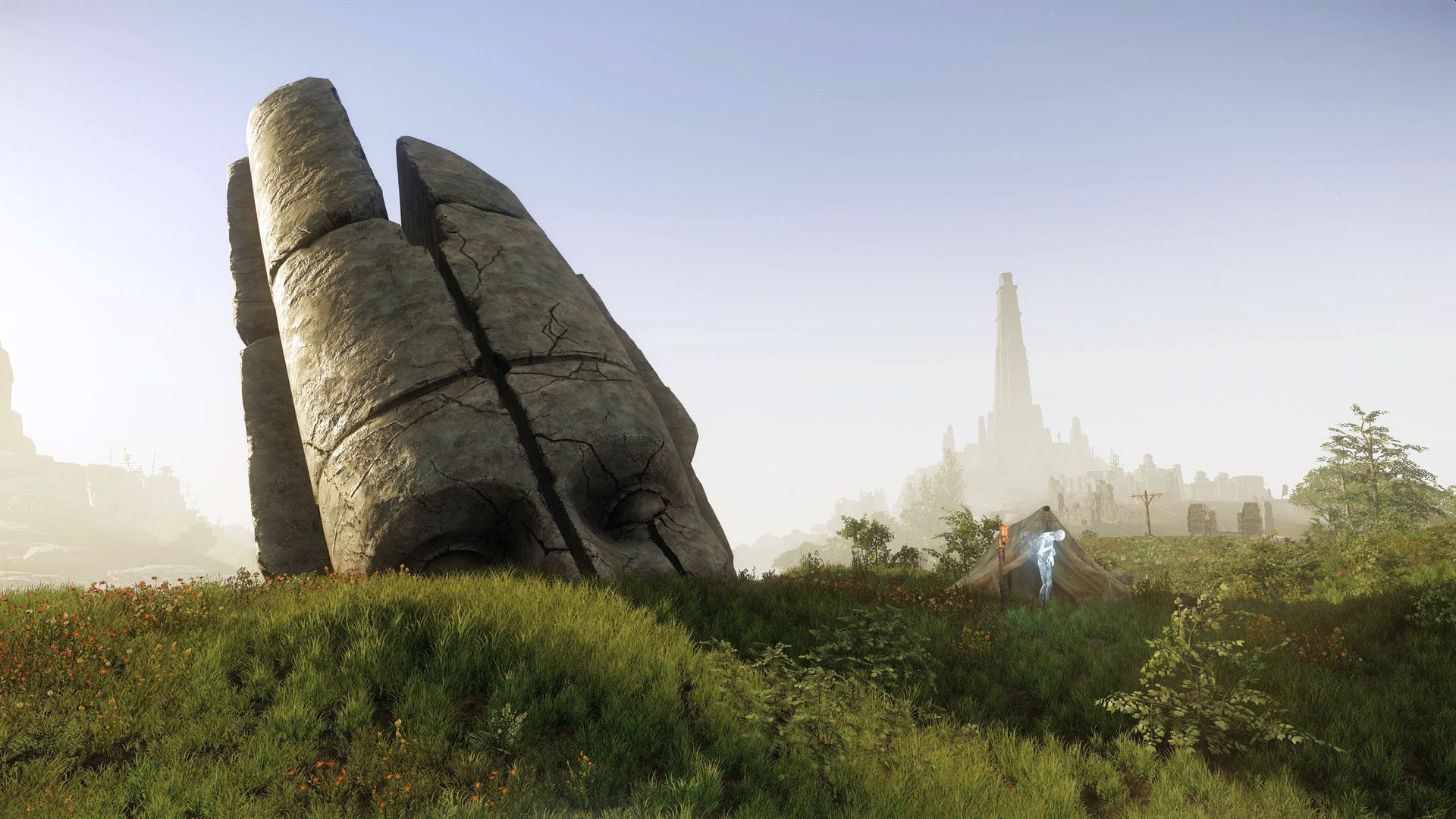 Amazon Games’ MMO New World has proved immensely popular with genre stalwarts and newcomers alike. From washing up against the shore in your first moments, to battling for the honour of your faction, the story of New World is intertwined with every action.

Rather than being handed tomes of lore to sift through, you are instead encouraged to explore this land for yourself, asking questions and getting to know the varied (and usually unreliable) characters found along the way.

Compelling inhabitants aside, by far the most complex and intriguing character in the game is the Eternal Isle itself – Aeternum. Shifting and changing for thousands of years, Aeternum has eluded any simple attempt to document its ever-deepening history. As a character tasked with exploring this new frontier, you’ll come across countless friendly faces who will share with you their stories and memories of this once great land. The problem is how to sift fact from innocently embellished fiction – a task which will consume the minds of the most curious newcomers to Aeternum.