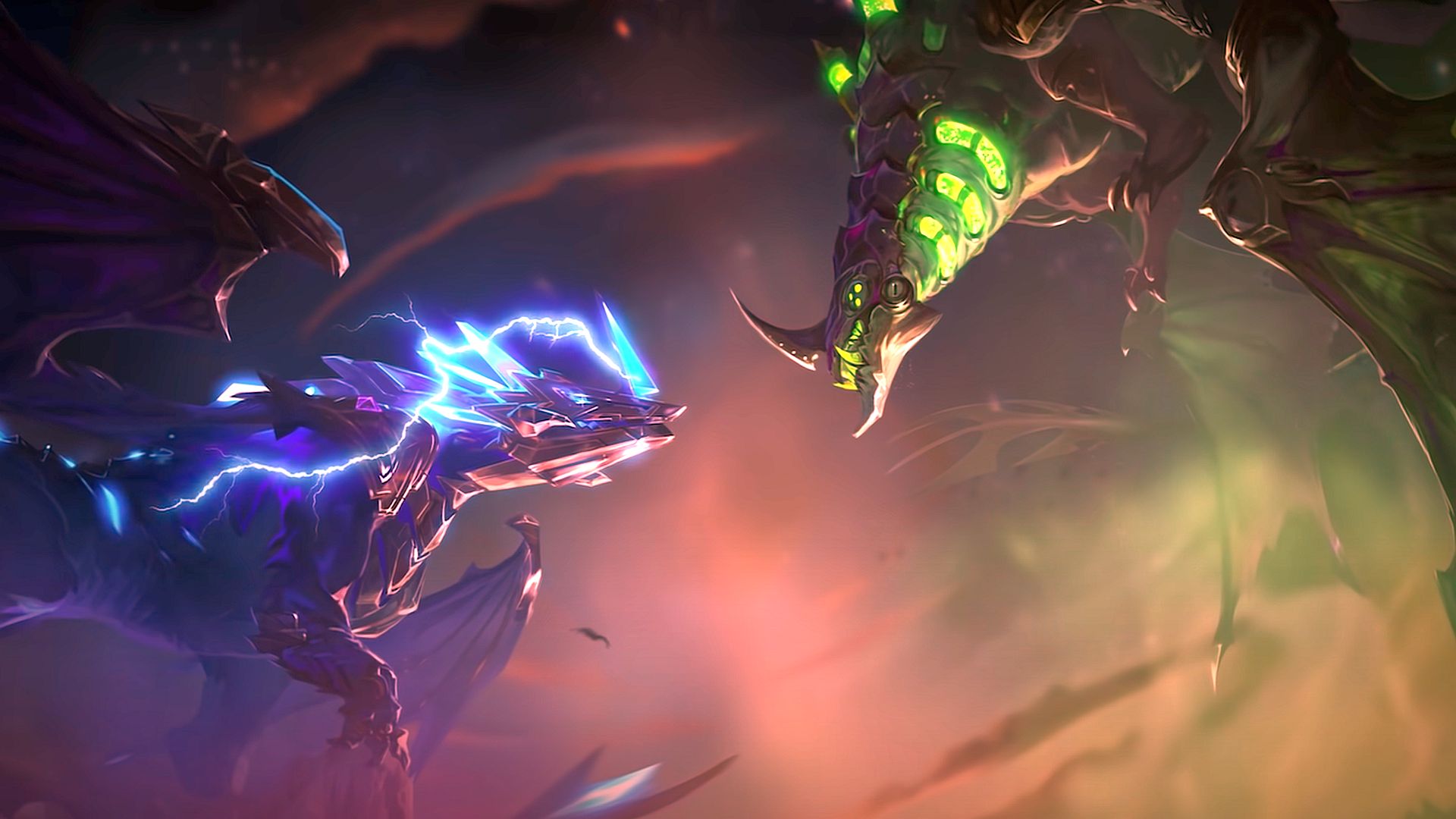 If you’ve caught our League of Legends patch 11.24 notes, you’ll know that Riot Games has now given us an early idea of what’s coming in the way of balance changes for the first big rebalancing patch of 2022’s Preseason. While there are no specifics on exact tweaks just yet, we know there’s a smattering of balance changes coming – and League of Legends’ new Chemtech and Hextech dragons are in the studio’s sights for some buffs.

Developer Riot Phlox has posted the early 11.24 patch preview on Twitter (below), revealing that the two dragons – which came to League of Legends as part of its big new batch of Preseason 2022 changes and content – are getting some TLC. It’s not clear exactly how much Riot will be dialling up their prowess on the Rift, but it looks like the changes won’t be major, with the early preview noting the changes as a “Chemtech mini dragon buff” and “Hextech mini dragon buff”, respectively.

It looks like the changes coming up will be balanced out to an extent by a nerf coming to the Chemtech dragon’s soul, though. This soul gives your champion a buff in the form of a brief second life if they die, being able to revive where they’re stood and make use of their auto-attack and abilities before dropping.