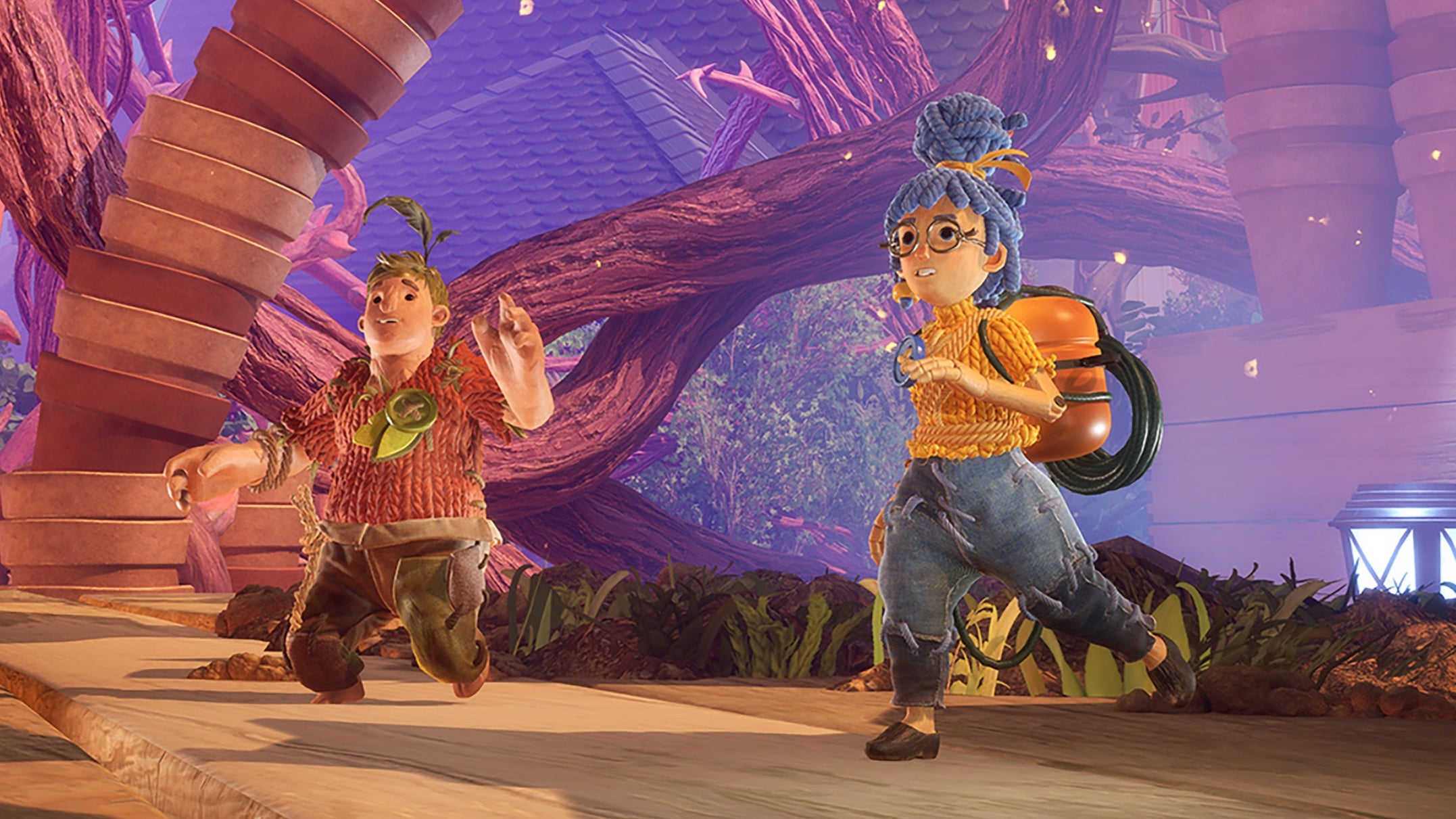 Those who missed out on The Game Awards’ Game of the Year, It Takes Two, can now purchase it for 50% off at major retailers like Amazon, Best Buy, and GameStop. Hazelight Studios received other nominations for its co-op adventure before ultimately beating out the likes of Metroid Dread, Ratchet & Clank: Rift Apart, and Psychonauts 2 for Game of the Year.

It Takes Two tells the story of May and Cody, a married couple on the brink of separation. They tell their daughter, Rose, about their divorce, and she cries enchanted tears that transport their souls into two of her dolls. May and Cody wake up in their new bodies and agree to cooperate to find Rose, all while enduring the lecturing of a sentient self-help book. It’s a “Honey, I Shrunk the Kids” meets “Toy Story” kind of vibe. Our reviewer dubbed it a “wonderful, childlike co-op adventure” that seems lighthearted at first, but eventually reveals a story with more emotional depth than one would expect.

Take a look into It Takes Two with one of these links: