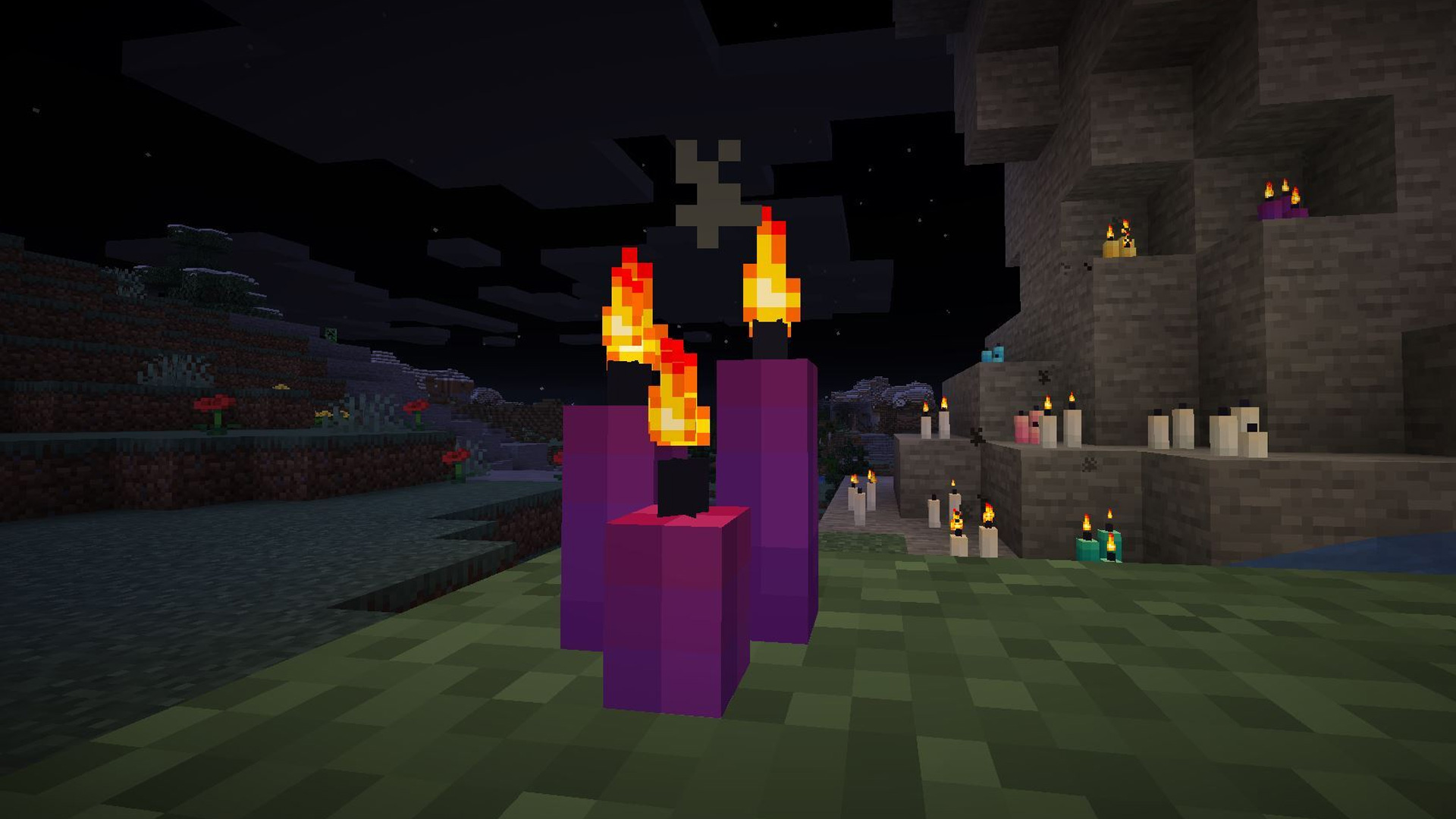 Want to know how to light candles in Minecraft? Candles were added to the sandbox game back in the Minecraft 1.17 update which was released in June. The Bedrock Edition also received the 1.17 update, but some items like candles and potted azaleas were delayed until 1.17.10. Now that candles are finally available for everyone, it’s time to learn what you can do with them.

The first part of the caves and cliffs update introduces candles as a way to brighten any dark environment. Sure, you could rely entirely on torches to light up caves, but candles bring a certain kind of flair that you can’t put a price on. In our opinion, candles are inherently superior to torches as they have multiple uses – they can be used on a birthday cake to create a heartwarming memory for everyone involved.

Sticking a big flaming stick into a cake doesn’t work at all, in case you were wondering. Whether you’re looking to light up a birthday cake, or create a wonderful ambience in a nearby cave, these Minecraft candles are sure to light up your world – here’s how to use them.