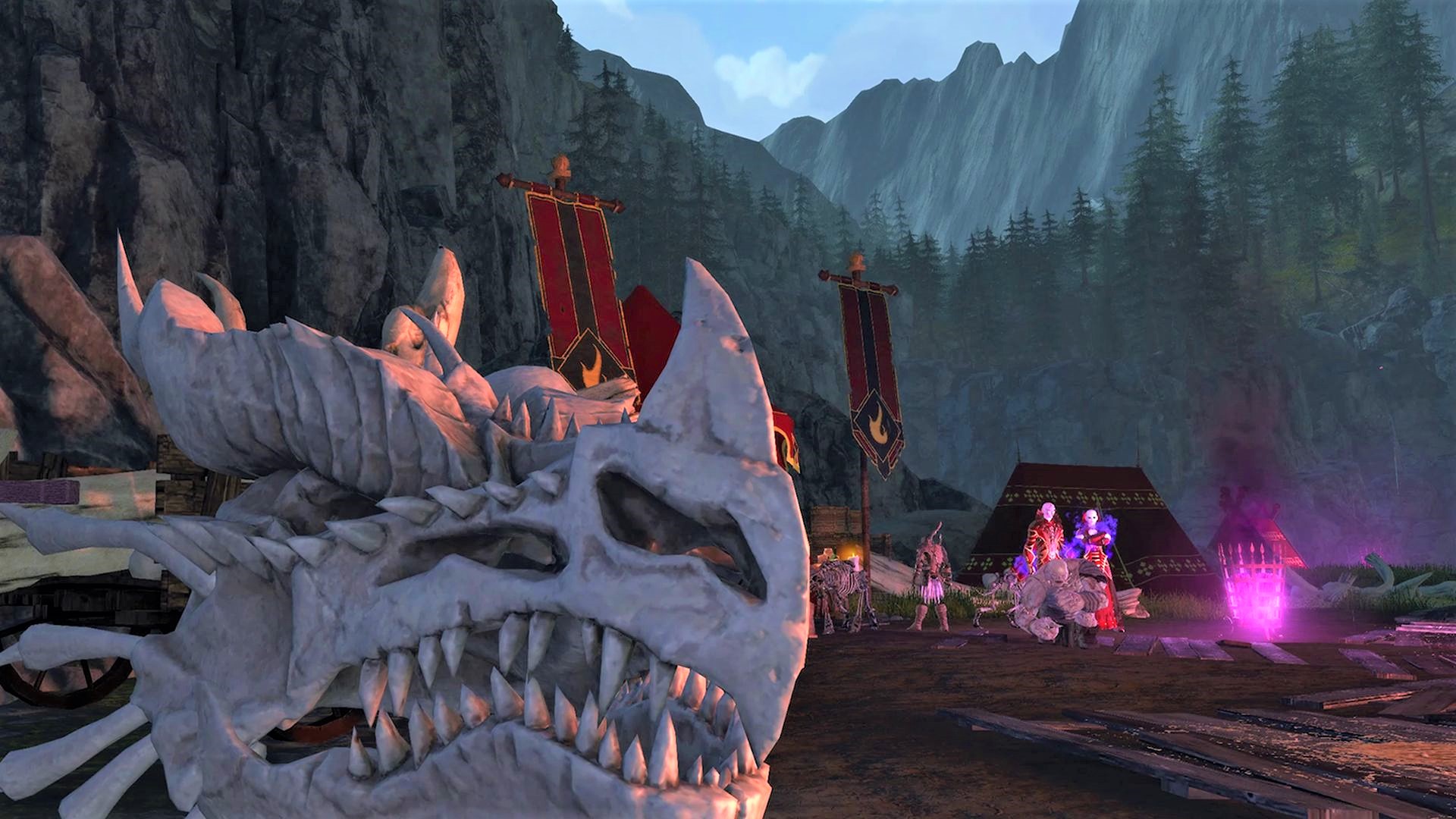 Neverwinter’s next module is nearly here. Dragonborn Vale comes to the DnD MMORPG’s PC version tomorrow, signalling Valindra Shadowmantle and the Cult of the Dragon’s move to bring “undeath” to dragons across Faerûn and beyond using an ancient artefact that’s come into their possession. The module ushers in the new Adventure Zone, as well as Heroic Encounters, a new trial, and even a grappling-hook mechanic that lets you traverse around the game’s world in a whole new way – and we’ve now got our first good look at Dragonborn Vale up close.

To fend off the Cult and protect the Sword Coast from its plans, players will need to gather with the allied factions of Protector’s Enclave under the leadership of esteemed wizard Elminster Aumar. A voiceover introduces us to the story’s setting – a mysterious, mountainous region “nestled in plain sight yet high enough to discourage prying eyes”. There are bridges that divide the zone into the Sword Mountains’ four distinctive areas, starting with Wyrmbone Marrows in the south, reaching up through Quellwater Tarn, Scaleblight Summit, and Whetstone Thicket.

Leader Etrion has taken the Emerald Enclave – which players might remember from days of Neverwinter past – to Whetstone Thicket, which lies roughly to the northeast of the region revealed in the clip below. As its name suggests, this is a wooded region home to looming pine trees, stone cliffs, and mist. Think of Skyrim’s yawning, rocky vales and you’ll be close.