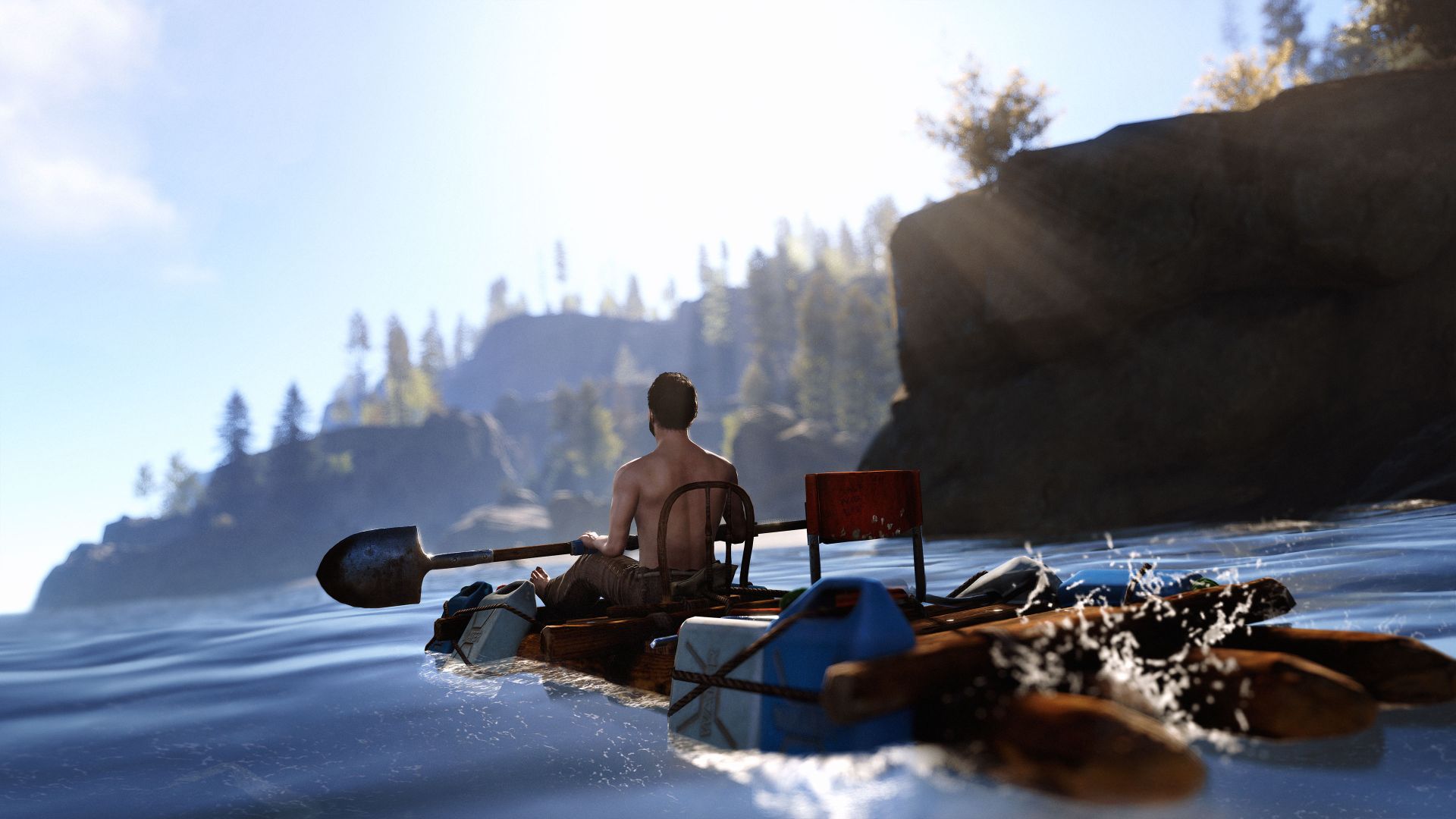 Earlier this month, esteemed Rust YouTuber Shadowfrax posted a video looking into an upcoming feature Facepunch has been testing for its flagship survival game: server transitions. The idea behind this, as the ‘frax explained at the time, is that players will be able to “move between servers with an as-yet-to-be-confirmed quantity of gear and items” by hopping into a seaworthy craft and venturing out to maps’ edges. Now, we’ve got our first peep at what this might look like in action.

“I’m excited to show you some actual server transitioning – yes, me boldly going between servers,” Shadowfrax says in his latest clip covering Rust’s work-in-progress features (below). The YouTuber got to test the feature “on a limited scale” as it functions right now, with two servers linked up in his dummy-run example. You can see the other from your current server as depicted by a rough outline of an island in the distance, across the sea. If you hop in a boat and zoom towards the island you’ll soon get a pop-up message as you near the map’s edges, which tells you how much further you need to travel before you’ll hit the other server.

If you keep on barrelling in that direction, you’ll then connect to the other server. So, it sounds like it’ll be easy-peasy to use. “It appears that right now there’s no restriction on what you can take with you in your inventory,” Shadowfrax also says, though only boats let you server-hop in at the moment.