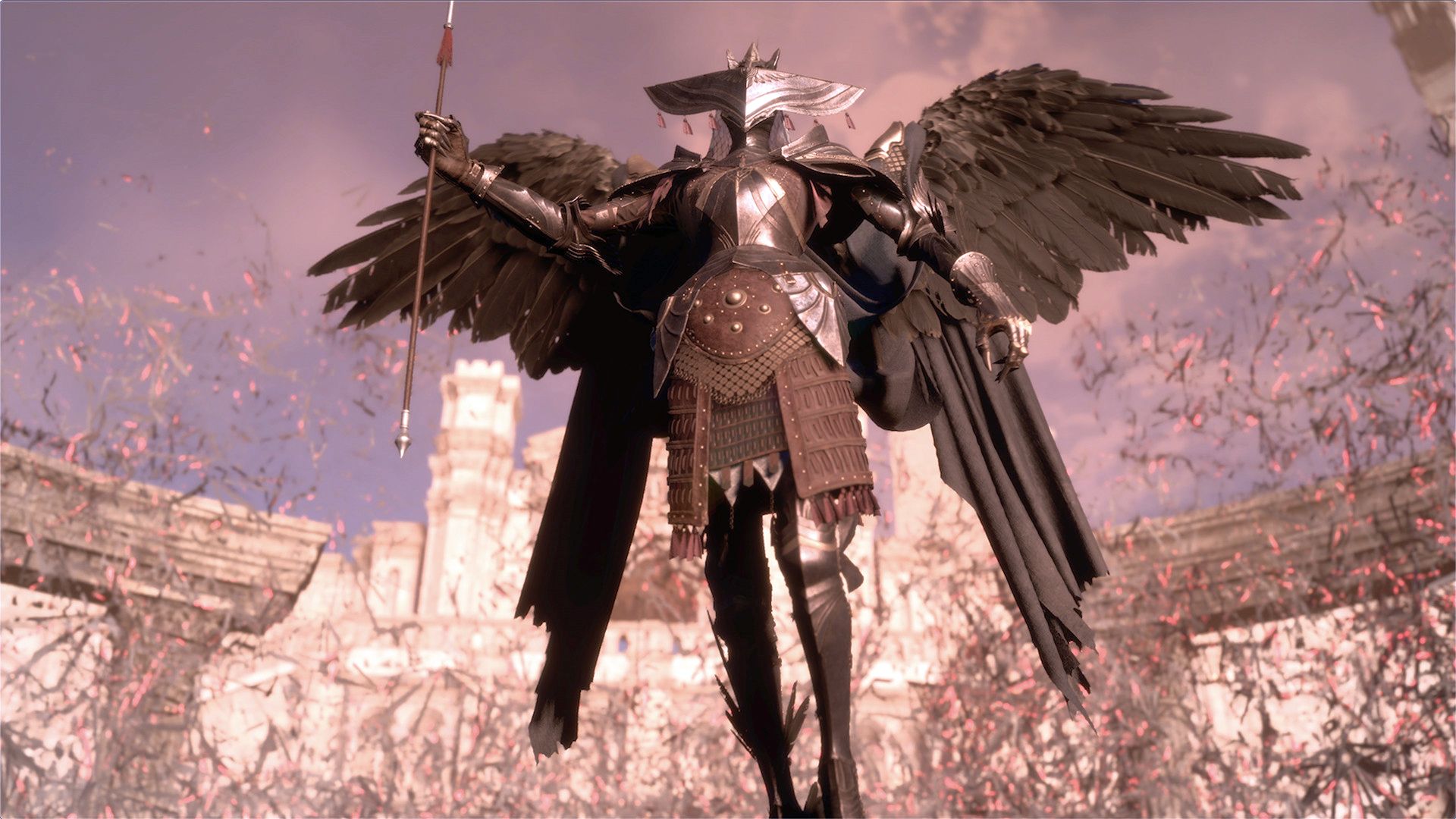 Hot on the heels of Forspoken’s appearance at the 2021 Game Awards, which revealed a Steam release date set for spring next year, we’ve now got a pretty chunky new look at the upcoming RPG’s gameplay. A new four-minute-long clip posted by IGN shows main character Frey Holland tearing across Athia, its rugged-looking fantasy setting, battles against enemies, and some character customisation elements, giving us a flavour of what the game will bring.

Kicking off with a run through a fortified stone city (that still looks under construction, with scaffolding lining its streets), the clip then offers a glimpse at the world beyond its walls. A brief view of its map doesn’t give a huge amount away, but we can see what looks like a fair degree of verticality in its terrain, with Frey later shown flying and free-running down cliff paths using powers to leap and boost her way forward. We hear chatter between the character and what sounds like her sentient bracelet companion, Cuff, as she goes.

Glimpses at the game’s mechanics reveal what seem to be unlockable magic skills – for example, we see a level-three ability called ‘Burst Shot’ which flings lumps of explosive rocks at enemies.