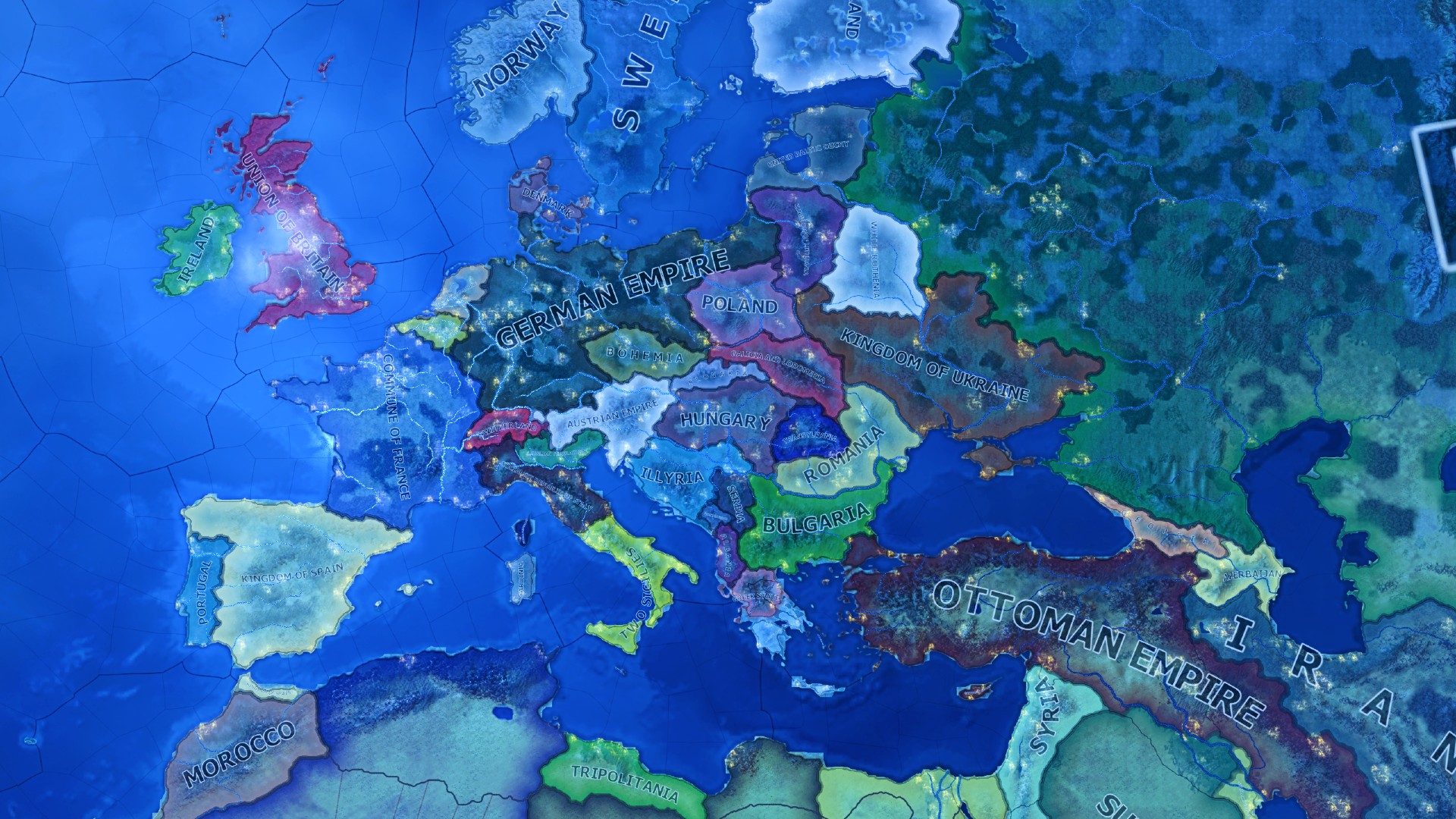 Hearts of Iron IV is currently Paradox Interactive’s most popular strategy game, and that’s thanks in large part to its vibrant library of Hearts of Iron 4 mods. Kaiserreich is one of the most popular mods around, and I implore you to get it downloaded and installed over the festive break. The sweeping, back-of-the-box feature list includes inventive revisions of some of the game’s problematic core systems, production values you’d expect from a blockbuster war movie, and plenty of alt-history for amateur historians to fantasise over.

Whatever angle you approach it from, Kaiserreich uplifts Hearts of Iron IV from a pretty good WW2 strategy game, to the ultimate strategy sandbox. The premise is simple enough: what if Germany had won the First World War? It’s an easy question to ask, but the mod team has ensured that all the possibilities it throws up feel complex and nuanced, as if it was based on real events.

Britain and France are now beacons of socialism (Google ‘syndicalism’ if you want some fun reading), the Ottoman Empire dominates the Middle East, and a massive German colonial empire spans most of Africa and East Asia. Every part of the globe is recognisable and yet completely alien even to someone with only a passing understanding of mid-20th century geopolitics.