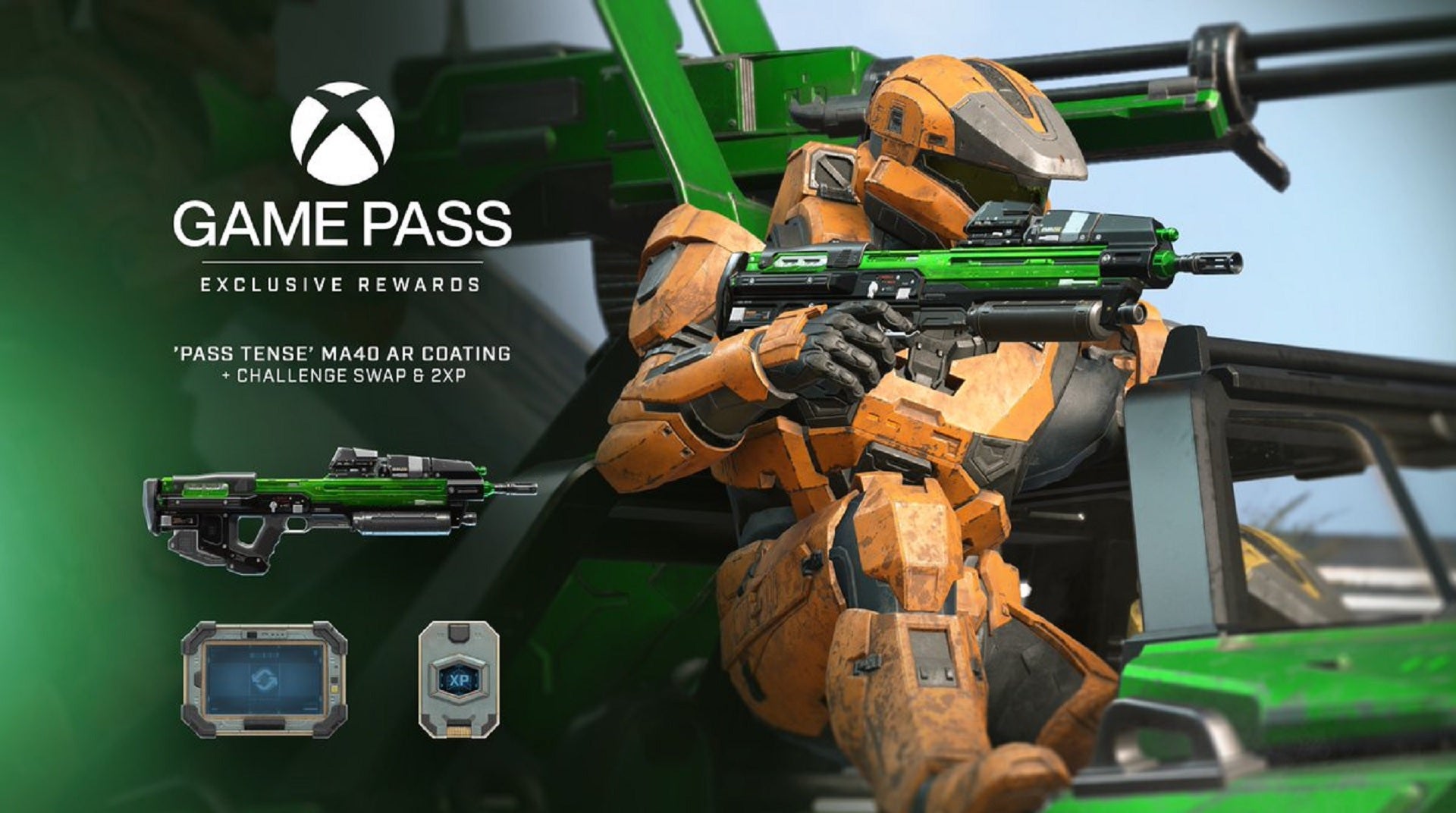 If you’re the proud owner of an Xbox Game Pass Ultimate subscription, and have been spending your spare time in the futuristic arenas of Halo Infinite, rewards are headed your way in the form of double XP boosts, challenge swaps, and the exclusive Pass Tense MA40 AR Coating.

This promotion will come as a running monthly package, providing the prizes mentioned above to all those who apply. The first pack will be landing with players on December 8, with continued support coming for the foreseeable future.

Players will have to check the perks gallery on their Xbox platform of choice in order to receive these gifts, which are coming in the midst of the ongoing controversy surrounding Halo Infinite’s progression system and their effect on the player experience.