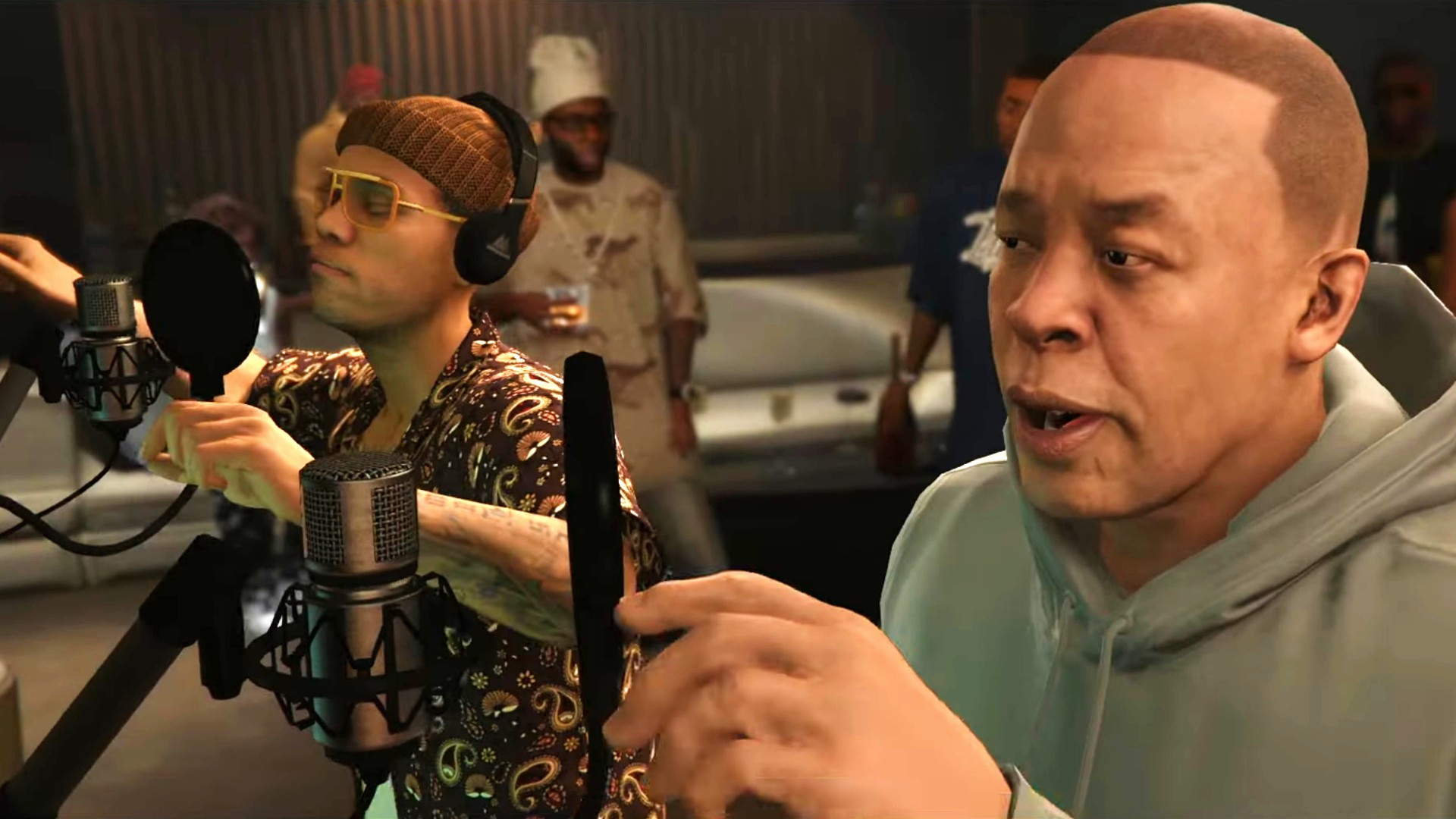 A new story is on its way to GTA Online, and it features not only hip-hop legend Dr. Dre playing himself, it also includes new tracks by Dre – as well as a heist in which you’ll have to work with Dre to recover his unreleased tracks from a thief who has stolen his phone.

The new mission is called The Contract, and it arrives in the multiplayer game December 15. Since the events of Grand Theft Auto V’s main story, co-protagonist Franklin Clinton has built his own agency – an organisation that caters to Vinewood’s glitziest clientele and offers to fix up any ‘problems’ they run into in the course of business.

This is where you come in, through your mutual contact Lamar Davis. Once you’ve linked up with Franklin’s agency, you’re quickly roped into helping out the fledgling company’s first big client, Dr. Dre, who needs your help recovering a phone that went missing on his way to Cayo Perico in last year’s big heist.