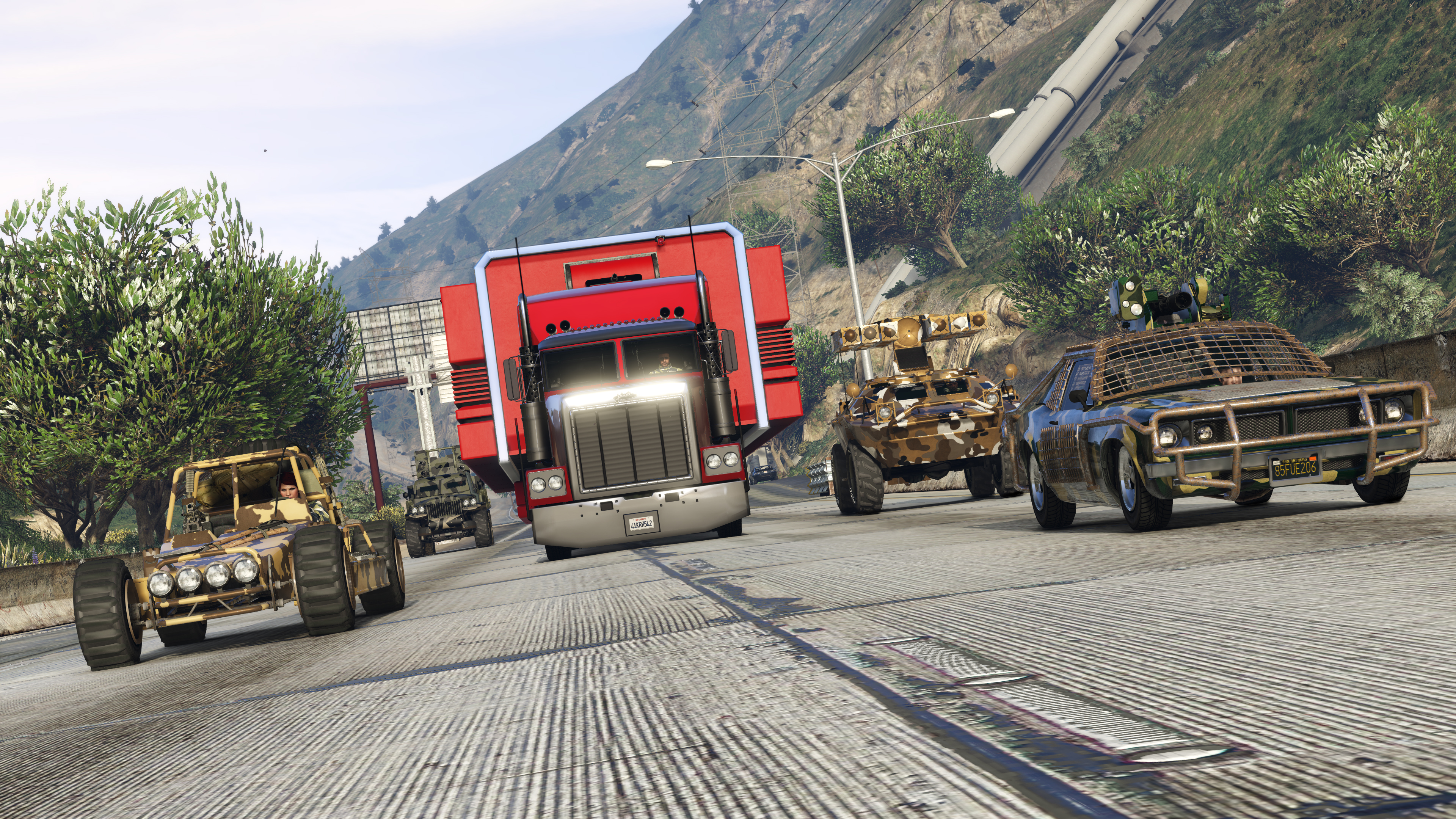 It’s that time of the week, folks. GTA Online has got its weekly update, so players are digging in to see what’s new ahead of Rockstar’s official roundup on the Newswire. One of the immediate things to stand out, which dataminer Tez2 is reporting, is that the current bevy of bonuses and discounts runs until December 14, at which point GTA Online’s next update will go live. You can participate in the speculation thread on Reddit if you fancy, but keep in mind that nothing has been confirmed yet.

As for this week’s haul of discounts and bonuses, it’s a good time if you like the Gunrunning update. You’re getting triple the rewards playing bunker, diamond, and missile base adversary modes alongside double the haul on mobile operations missions. Bunker sell missions are also offering 50% more in-game dollars and RP. Naturally, there are Gunrunning-related discounts, too. You can get 40% off bunkers and mobile operations centres alongside all the renovation and upgrade costs.

If you’re looking for a new set of wheels, GTA Online has your usual offerings. The GTA Online prize ride is the Vectre, which you can nab after finishing in the top five of 12 Los Santos Car Meet races. The GTA Online podium vehicle, meanwhile, is the Squaddie.