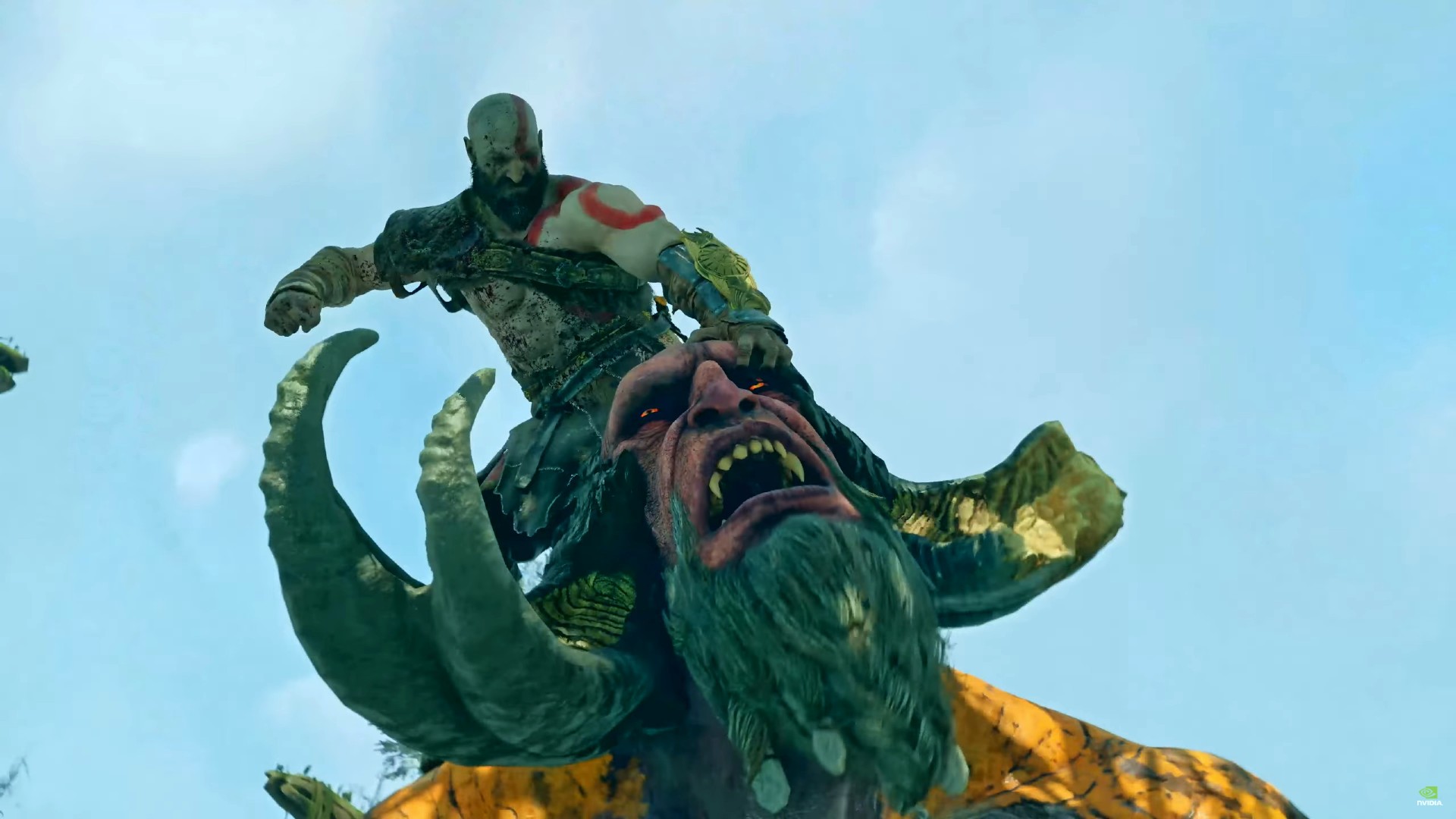 When God of War arrives on PC next month, it’ll boast a couple enhancements over its original PlayStation version that should please PC players – although as with Days Gone and Horizon Zero Dawn, we won’t be seeing more transformative additions, such as ray-tracing, in this port. However, any new features at all are the perfect excuse to cut a new trailer, and so today we get to gawp once again at Santa Monica’s mythological action-adventure game.

The trailer is captured in 4K at 60 fps, which gives us a nice look at the higher-resolution shadow maps featured in the PC port of God of War. The trailer points out that this version will also support Nvidia’s DLSS and Reflext technologies at launch, which will be welcome news for anyone with a mid-spec machine. As we’ve reported, God of War’s PC version also supports AMD’s FidelityFX Super Resolution, so you’ll be able to scale the base resolution to fit your performance needs no matter which gaming GPU you’ve got installed in your PC.

The only other new feature specifically called out in the trailer is the improved screen space reflections, which will definitely look nice but likely fall short of the transformative visual punch provided by true ray-traced lighting and shadows.