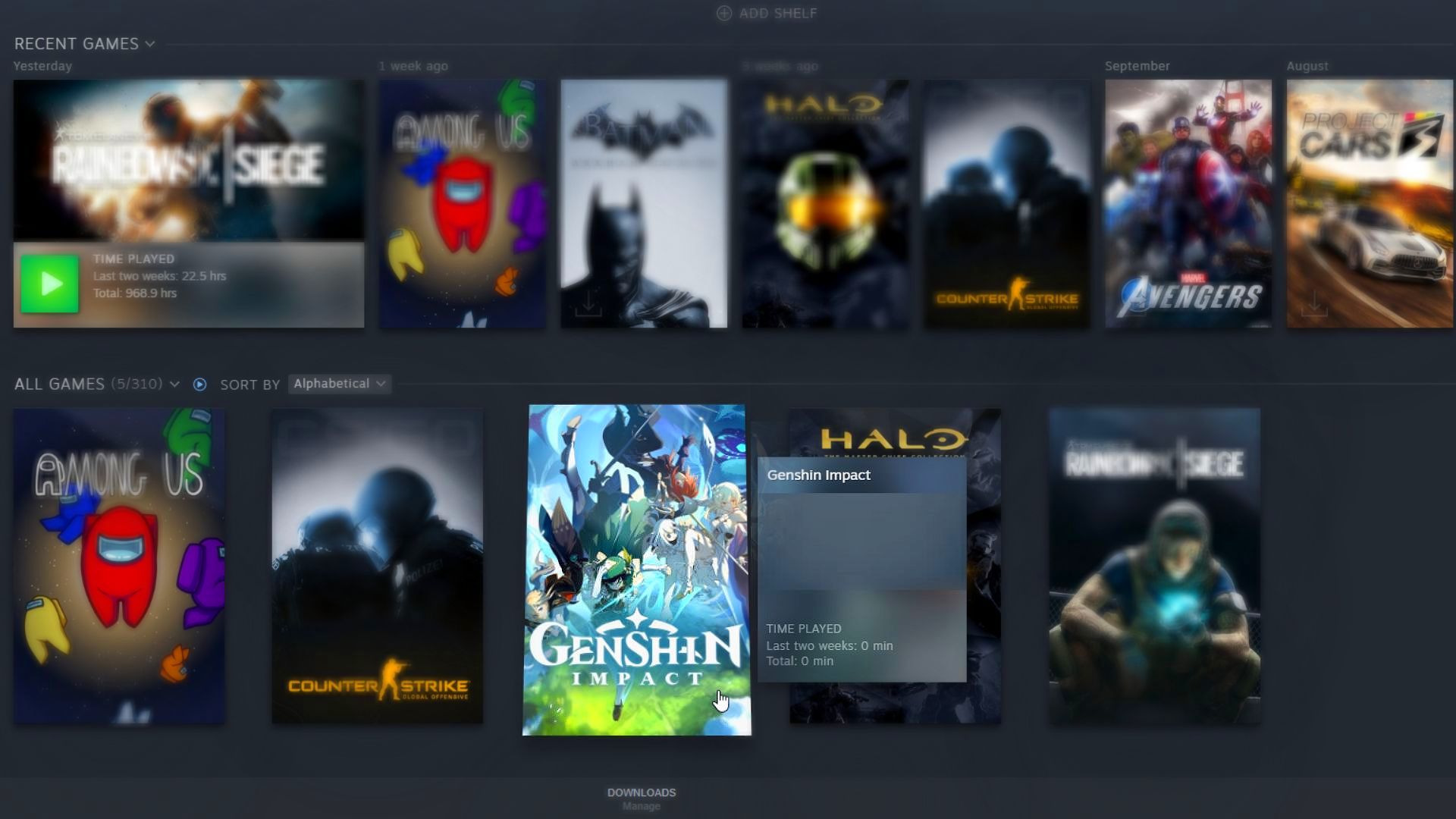 Are you still trying to get Genshin Impact on Steam? Most PC gamers are pretty keen on avoiding adding yet another launcher to their SSD, so it’s no surprise that a huge number of people are looking for a Genshin Impact Steam download. The hit open-world RPG game had a terrific launch, boasting the biggest global launch of any Chinese game ever.

However, if you search for Genshin Impact on Steam you’ll find there’s no dedicated page for the game. At the time of writing, Genshin Impact isn’t officially available on Valve’s platform. On PC, the only place you can grab the game’s launcher is directly via Mihoyo’s website or via the Epic Games Store, although the anime game is also available on Android, iOS, and PS4 if you’d prefer those platforms.

In addition to this, there’s absolutely no word on whether Genshin Impact will ever get a Steam release date – so holding out for one is perhaps not the best use of your time. There are ways to get Genshin Impact into your Steam client, however, so read on.