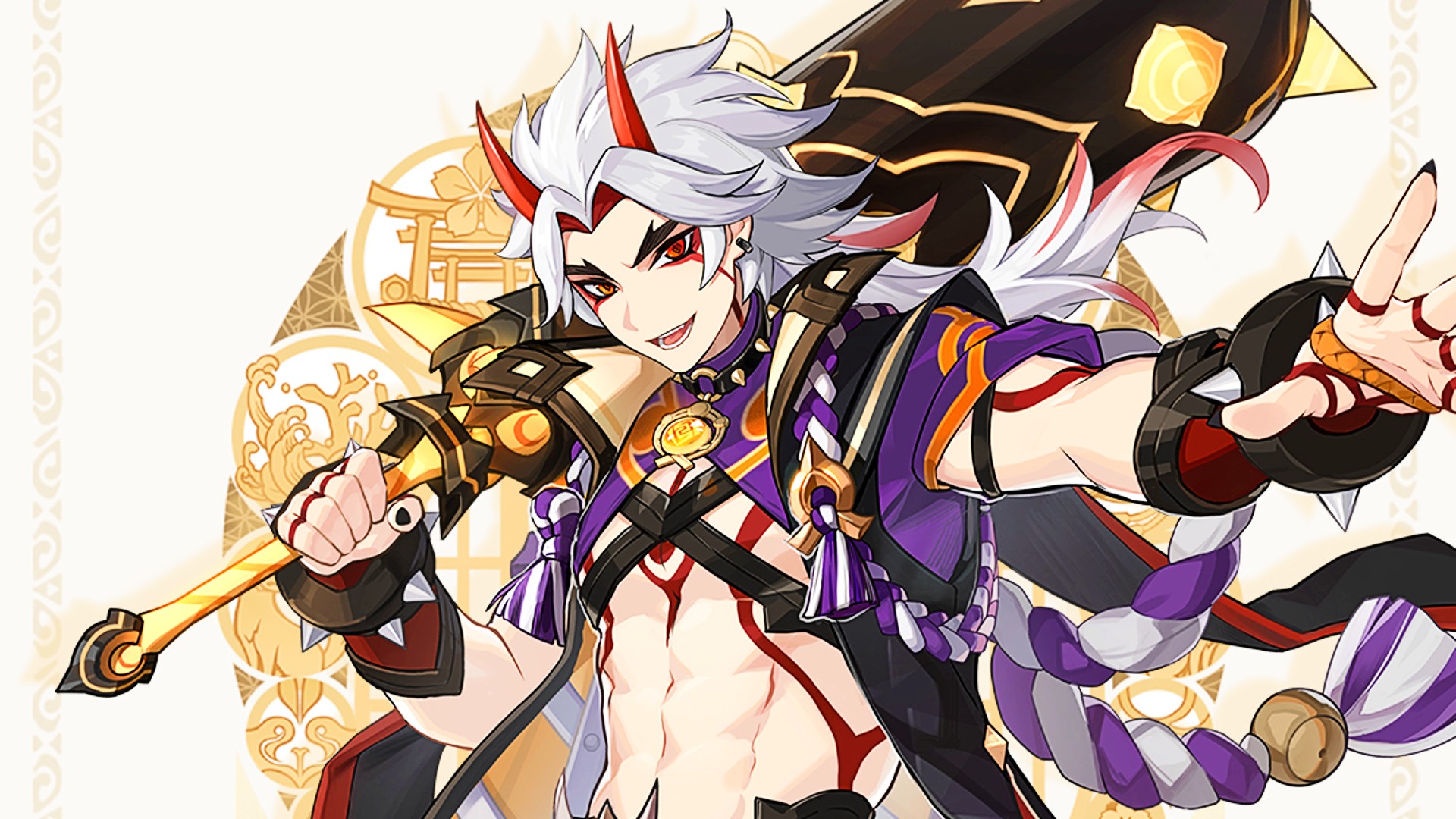 The Genshin Impact 2.3 livestream has officially revealed two new Genshin Impact characters coming to the game later this month: Arataki Itto and Gorou. Arataki Itto is the boss of the Arataki Gang, if the name wasn’t a wee bit of a tease – he’s “an intrepid man with Oni blood running through his veins” who is “fast as the wind and mighty as thunder”.

We already know a fair bit about Gorou thanks to the devs sharing information about the four star Canine warrior on Twitter. Gorou’s playstyle matches a support character, whereas Itto’s abilities force him into the DPS category. Though Itto likes to think of himself as a bigshot gang leader, the Tenryou Commissions officials consider him to be currently unemployed. Itto isn’t a gang leader in the traditional sense, as people around Inazuma have heard rumours about him playing cards against school kids to win their snacks as prizes.

As a claymore and Geo element user, Itto has the potential to steal a spot in many parties if his abilities turn out to be powerful. Here’s everything we know about his release date and abilities.