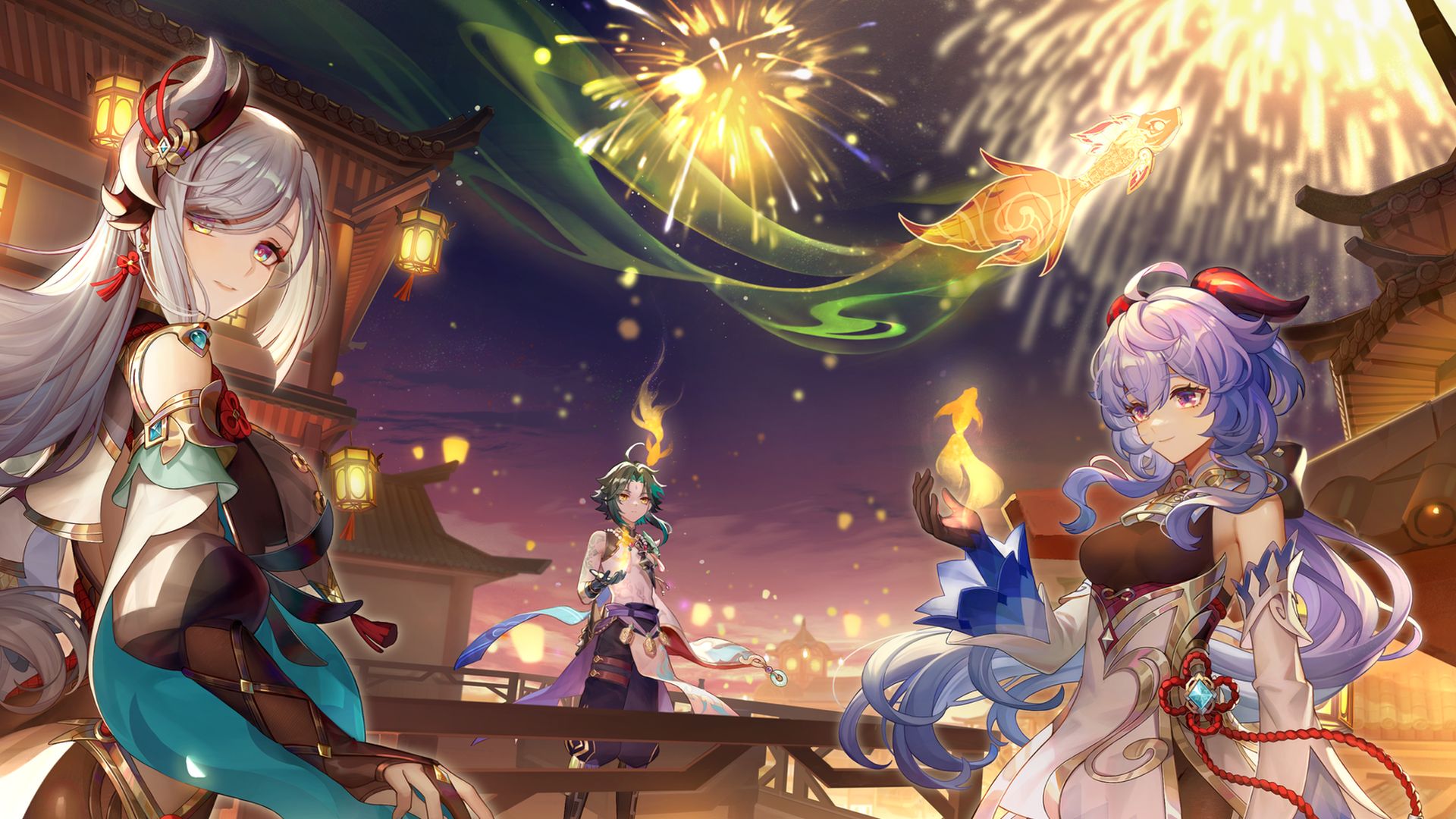 The holiday season might be in full swing, but Genshin Impact developer Mihoyo has been busy unveiling all that’s to come to the action-RPG with its next big update. The Genshin Impact 2.4 release date has been confirmed as January 5, and we now know a new area called Enkanomiya, new characters Shenhe and Yun Jin, and the Lantern Rite festival are on the way.

Enkanomiya sounds like a pretty spooky new area to explore, being the remains of an ancient underwater nation buried underwater and sealed away under Inazuma for thousands of years. It’s a huge floating island found under the ocean which is constantly being eroded by the Abyss and now lies in ruins, once home to the ancestors of the Watatsumi Island’s people.

You’ll find that there’s no day or night down in Enkanomiya – instead, you’ll have to find a way to an ancient ‘sun’ created by the people who once lived there called the Dainichi Mikoshi, while diving into puzzles and the new area’s secrets. There are also tricky new enemies in Bathysmal Vishaps – cunning foes that can team up and “take advantage of their surroundings”, as Mihoyo explains in a press release – and The Abyss Lector: Fathomless Flames. This enemy can dish out pyro attacks with delayed bursts of damage that can ignore characters’ shields.