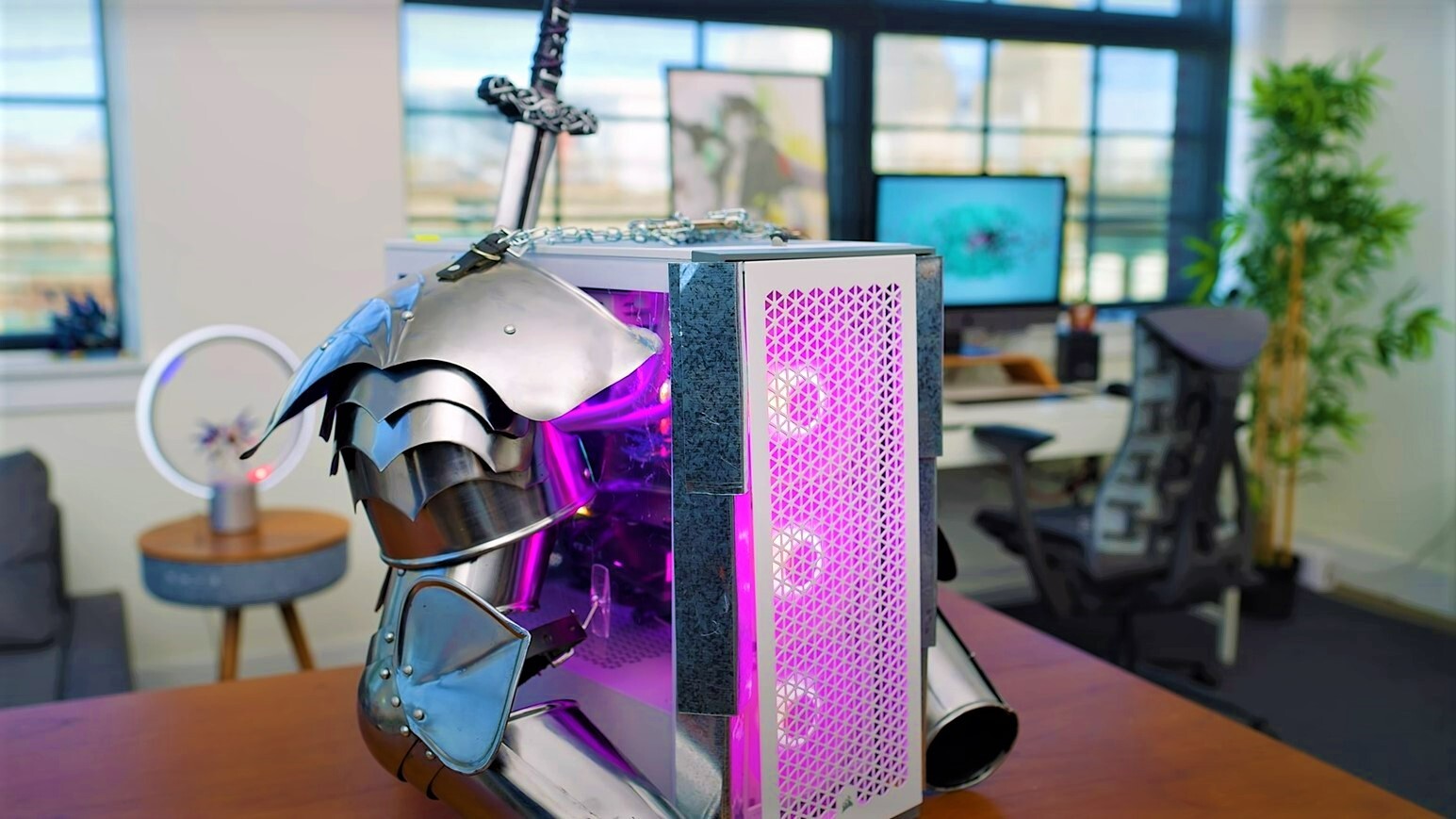 It’s official – the gaming PC has a Golden Joystick on its shelf for ‘best gaming hardware of all time’, a title that exists to celebrate the gaming industry’s 50 years of existence. Better still, Valve’s CEO, Gabe Newall, stepped up to accept the award on behalf of PCs everywhere, which potentially means he’s now officially the platform’s parent/guardian?

During his acceptance speech at the Golden Joystick Awards 2021, Newall says that “gamers and developers have benefited enormously from the relentless innovation in PC gaming hardware.” While this statement feels a little tongue in cheek, it’s backed up by the fact that modern consoles like the Xbox Series X are becoming more like gaming PCs.

It’s strange to see the PC platform classed as a singular hardware type, as today’s monstrous RTX 3080 armed machines are worlds from their 1980s IBM ancestors  – especially when we kit them out in a suit of armour. In fact, you could argue that the Amiga 500 and Commodore 64 are also technically personal computers, but they’re actually listed as separate award nominees. Nevertheless, the award more or less celebrates the importance of the platform and the contribution it has made to the video game industry throughout the years.