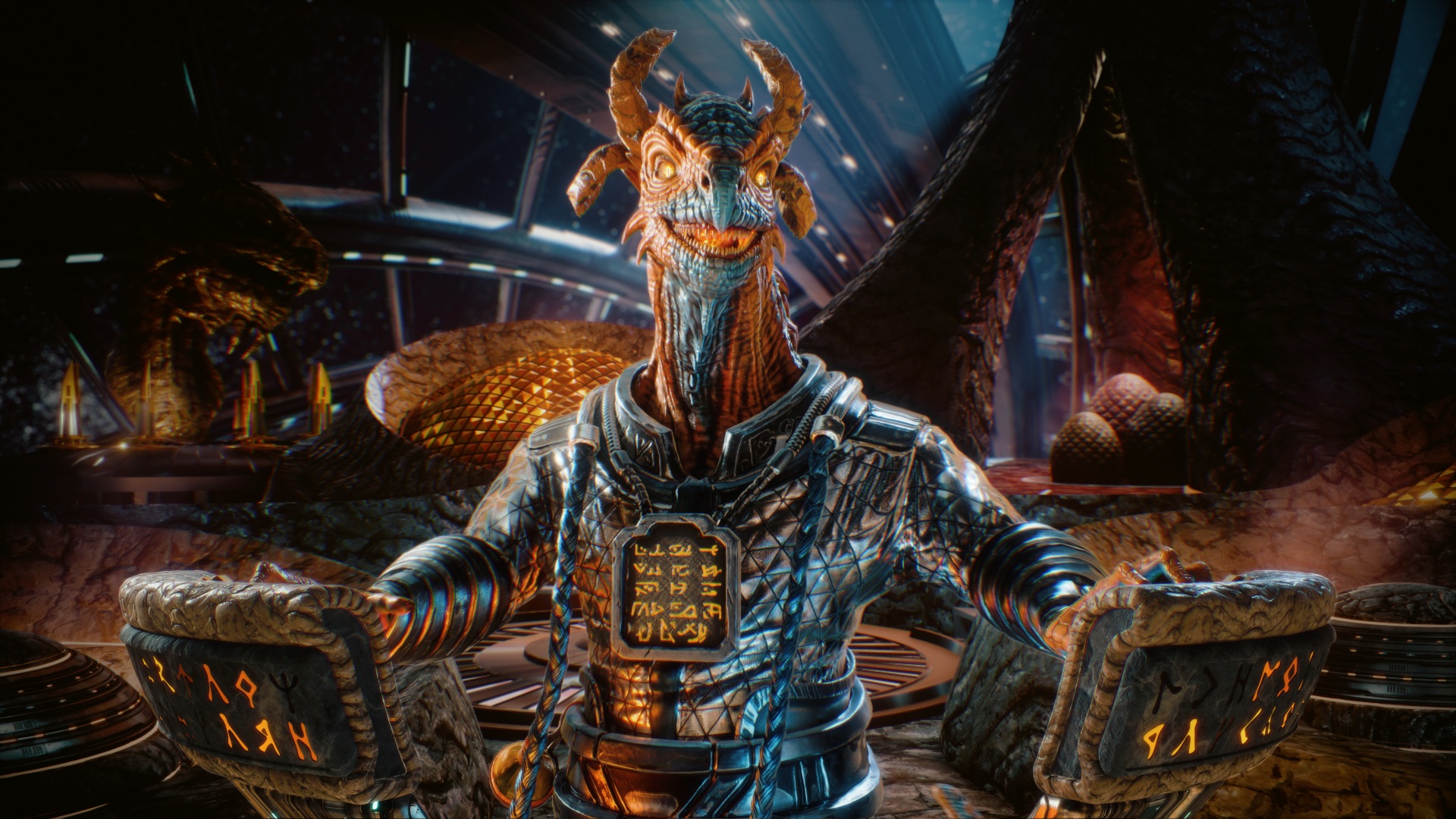 Galactic Civilizations IV’s most recent 0.65 update brings two new civilisations to the galactic stage, and today we’re going to be looking at the Drath Freehold. Anyone who pre-orders the strategy game will get instant access to the alpha where you can take these ancient, manipulative gossipers for a spin yourself.

You don’t last as long as the Drath have without knowing how to stay ahead of the game. They revel in the wars of others and there are rumours that the Drath are behind every major conflict in the galaxy. It’s entirely possible they started that rumour themselves.

About the only thing the Drath are willing to do openly is press their claim to the Arcean Republic – the homeworld of the other new race introduced in this update. This highly specific hatred of the Arceans is the only thing about the Drath that’s more widely known than their penchant for making money from other races’ conflicts. In terms of racial traits, there are several that warrant further exploration.