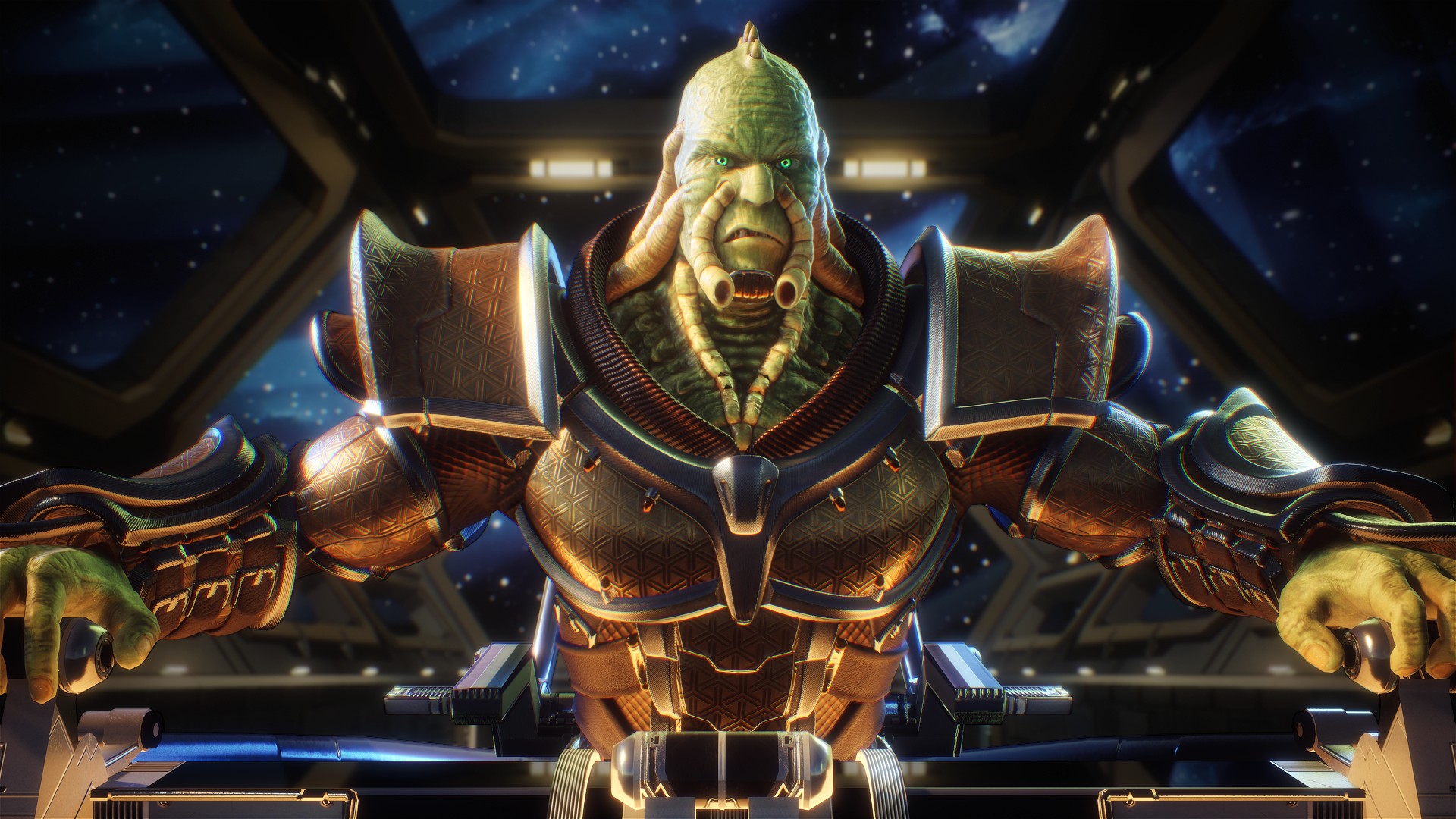 Like the Drath – the focus of our last Galactic Civilizations IV race preview – the Arceans were added to Galactic Civilizations III via an expansion, but are coming to IV right at launch. They’ve reformed from an empire to a republic, but the fundamentals of their history haven’t changed and they’re available to play in the alpha if you pre-order today.

The Arcean Republic are a stoic warrior culture that was introduced in the 0.65 update. Their citizens are pretty chill about most things; it doesn’t really matter which ideology you wish to pursue, your choice is unlikely to anger many of these unflappable folk. Ready to do what needs to be done, Arcean citizens will never be pacifists, and even get approval bonuses when specialised as soldiers.

Despite being one of the oldest races, the Arceans find themselves on the back foot in the universe of Galactic Civilizations. For much of their recent history they’ve been occupied by the Drengin, one of the setting’s main antagonist factions. With the help of the Terrans they’ve finally reclaimed their homeworld, but this still leaves them with little more than the other factions at the start of the game.