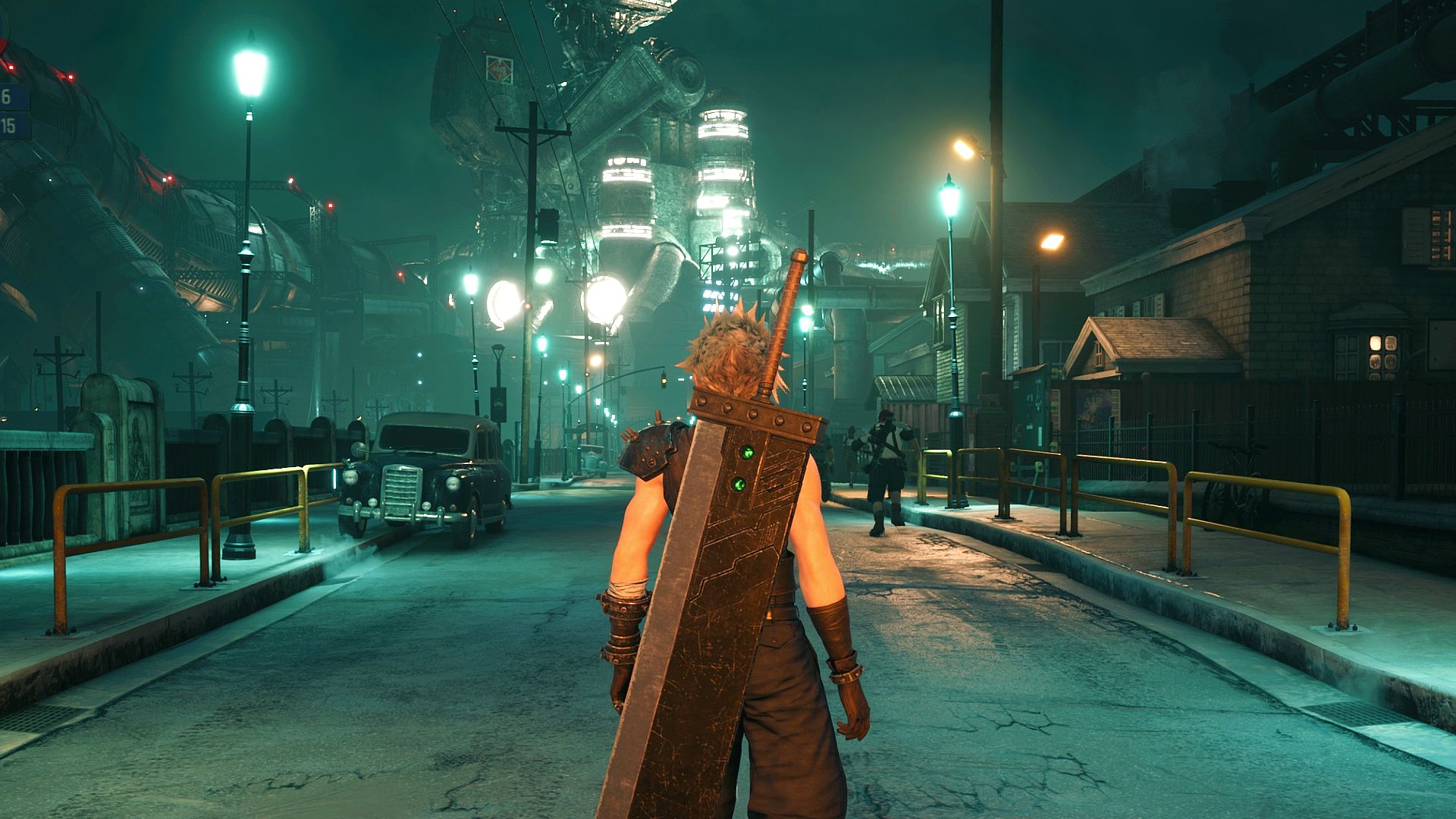 Midgar is less a city and more a vast reactor network that people happen to live around. The curvature of pipes and chimneys that forms its silhouette looks nothing like New York, Paris, or Altissia. Streets wind their way in awkward lines around its structure, most dwellings simply propped against its foundations in a haphazard shanty town. It’s a giant wheel of heavy industry, all ungainly girders and exhausts around a central tower.

This is the first thing you see in Final Fantasy VII, realised in greatly more detail in Remake Intergrade. Even though Square Enix leaves nothing to chance with hours of opening cutscene exposition, if you skipped it all you’d still understand by the look of Midgar alone that this is an unhappy place. A place where corporate megalomania has gone unchecked for long enough to manifest itself physically, where Shinra doesn’t give a Gil for the denizens living in squalid conditions around its eight Mako reactors. You’d understand why a terrorist group called Avalanche has formed to take the energy conglomerate down.

What you wouldn’t understand, certainly without the benefit of a treasure trove of PlayStation 1 memories to frame this remake’s context, is why Cloud Strife has signed up. The young former SOLDIER mopes about with an otherwise passionate group of Avalanche activists, harrumphing at every juncture, stonewalling any attempt at camaraderie and still, somehow, proving utterly irresistible to every woman in Gaia. Apparently a sleeveless turtleneck and improbably coiffured hair go a long way, but what once came across as typical heroic stoicism seems churlish now upon second visit. It’s like saving the world with Christian Bale.