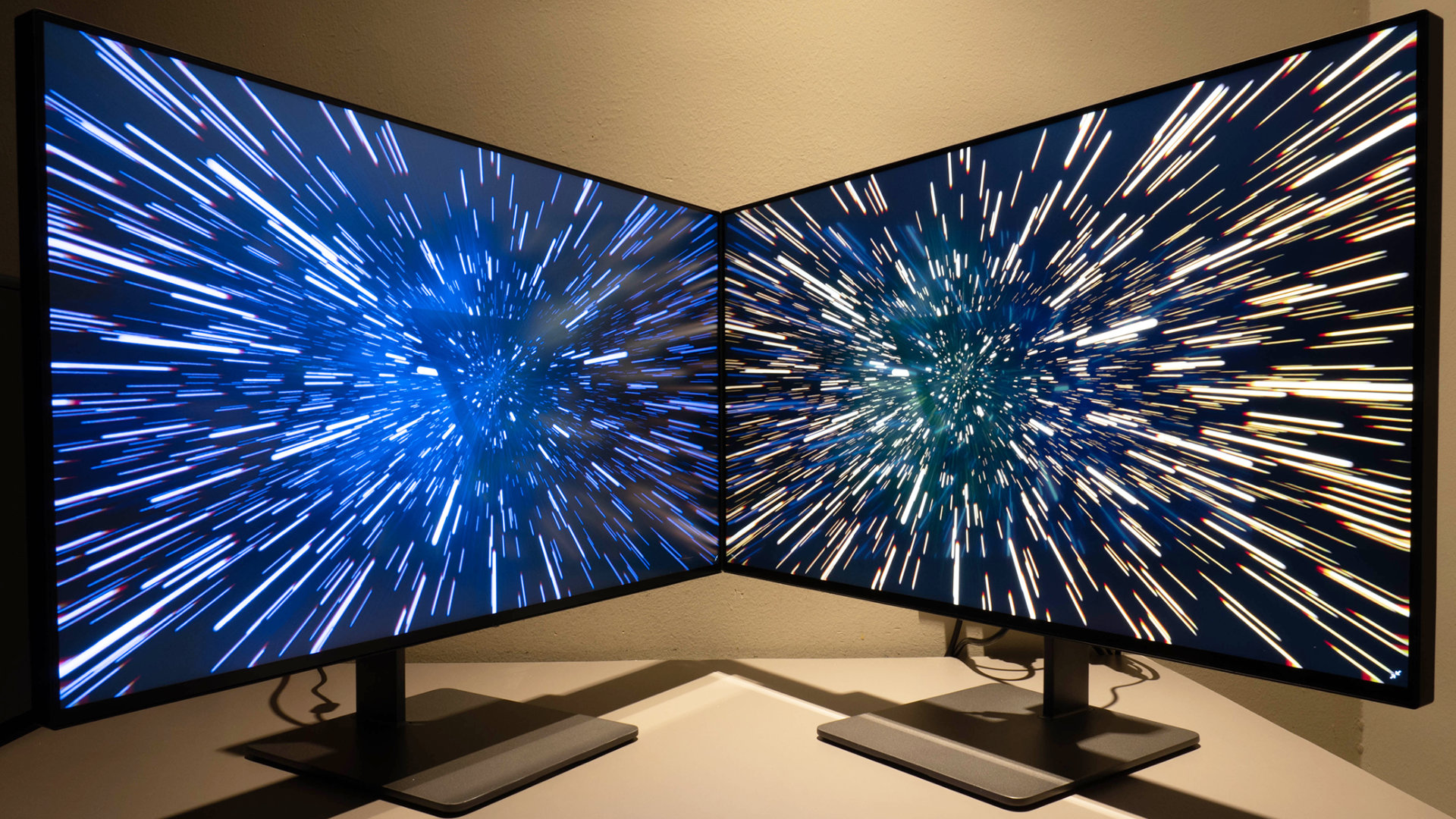 While gaming PCs often lead the charge with new technology, monitors still lag behind. High dynamic range (HDR) is only just becoming the norm for Windows users despite existing for more than half a decade and OLED panels are (somewhat understandably) still absent out of fear of permanent screen burn. Eve, however, believes we’re missing out on yet another trick: glossy screens.

Even the best gaming monitors in 2021 still use matte coatings, despite smart TVs, smartphones, smart watches, and even some gaming laptops all going the glossy route. It makes sense since we sit so close to our screens and want to stave off reflections, but the anti-glare techniques they’re often paired with means you’re more than likely sacrificing contrast, brightness, colour accuracy, or sharpness.

Now that Eve has a new glossy polariser on its hands, courtesy of LG, it’s showcasing the benefits of the shiny new finish. And if there’s enough interest, we might see the very first glossy 4K gaming monitor hit the market in the near future.